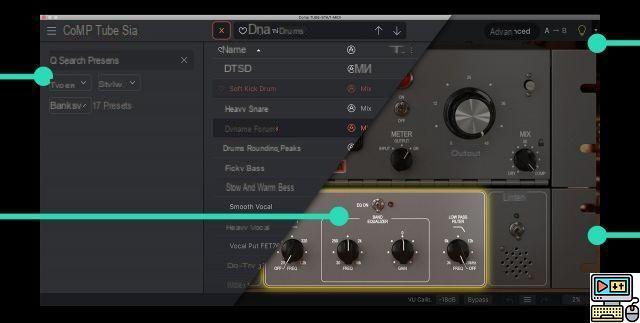 After the making-of of five cult albums, it is a radically different style of composition that we are tackling today: jingles. These tiny pieces, supposed to convey the identity of a brand in a handful of seconds and offer formidable psychological efficiency while remaining musically pleasant, sometimes hide funny stories...

Let's start our story with a bit of history. On February 14, 1876, two men went to the American Patent Office to file an application concerning "acoustic telegraphy". According to some versions, it was Elisha Gray who presented himself there first, but Alexander Bell demanding through his lawyers that his request be examined immediately, that of Gray will wait until the following day. Although the laws in force in the United States ignore the date of filing and focus on the date of invention, the authorship of the telephone remains today a lively controversy, at the heart of which we also come across the names of Philipp Reis and Antonio Meucci.

At the same time, on the other side of the Atlantic, a certain Francisco Tárrega was studying at the conservatory in Madrid, where his teacher convinced him to abandon the piano in favor of the guitar. From the end of the 1870s, the young thirty-something in turn taught and gave numerous concerts. The Maestro will travel a lot, having fun with the rhythm of a darbouka in Algiers to create his Danza Mora, drawing on his homesickness to write the theme of the famous Lágrima... or drawing inspiration from Chopin's Grande Valse Brillante for compose your Gran Vals.

In 1993, the Gran Vals was among the various melodies tested by the Finnish company Nokia to be used as a ringtone for the 2110 model. Certainly, that of Tárrega has undeniable assets, such as its catchy rhythmic signature in 3/4, its major tonality or its sweet resolve. But, very cynically, the main argument in favor of the Hispanic Waltz was the fact that the composer had been dead for 84 years, a period that would guarantee Nokia not having to pay a single penny in royalties for a a sonic footprint that would soon reverberate 1,8 billion times a day across the globe.

To create the very first telephone ringtone, Alexander Graham Bell had mischievously used a bell ("bell" in English...) struck by a hammer itself operated using an electromagnet. In 1956, the laboratories of the same name studied the psychoacoustic characteristics of the optimal ringtone: the results confirmed the famous drrrrriiing as an excellent candidate for attracting the attention of a correspondent. Ideally, the fundamental frequencies of a ringtone should be emitted between 2 and 4 kHz (frequency range to which the human ear is most sensitive, even at low levels), with the greatest possible dynamic range (difference between the sounds weakest and strongest) over a period of time not exceeding 5 seconds, marked attack transients and a rich timbre (high amplitude of the first harmonics).

In 2002, while the freshly polyphonic "Nokia Tune" taunts Steve Jobs twenty thousand times per second, Apple acquires Emagic, a company founded by a former surgeon converted to musical computer programming and father of the very famous MAO Logic software. While the DAW is certainly honorable spoils of war, it is mainly the valuable abilities of Doctor Gerhard Lengeling that are coveted (any hint of a more recent situation involving one of the two brands being purely coincidental). Three years later, the collaboration led to the release of GarageBand Jam Pack 4: Symphony Orchestra Instruments, an impressive collection of high-quality loops and software instruments...including a marimba. The timbre and play of the instrument, close to the xylophone, tick all the psychoacoustic boxes of an effective and recognizable ringtone. That same year, the very first iPhone was born with the "Marimba" melody as its default ringtone, whose timbre is extremely close to that of Jam Pack 4. From there to imagine that the famous ringtone was produced on GarageBand, it is not there is only one step...

Until 2013, Facebook's "ping" jingled to notify the user of the arrival of a video call. The ringtone, a double arpeggio of F major 7, played out the notes F, A, C and E – which in English notation gives F, A, C and E. Yes, FACE.

As incredible as it may seem, it seems that this choice is a coincidence. Far from knowingly wanting to pay homage to the pope of musical cryptography and his hidden motif (BACH = B flat, A, C, B natural), Everett Katigbak had chosen F major 7 for its joviality and its jazzy connotation, less formal than a perfect major chord. The arpeggio is notably composed of two major thirds, a universal symbol of the good old stroke of "bigo", or the "ding dong" of the front door.

Our time machine takes us this time to the late 1980s, to the offices of Quantum Link in Washington DC. The e-mail, online news and instant messaging service co-founded by a certain Steve Case has been around for only a handful of years, but is already preparing to change its name: it will be America Online, or "AOL" .

In 1989, Karen Edwards, a Q-Link service representative, overheard Case telling its developers that he would dream of being able to add voice to the software the box was about to launch. A voice that would randomly say, "Welcome!", "You've got mail!", "You've got voicemail!", "You've got pictures!", "File's done!" and "Goodbye!" Karen scribbles the expressions on a corner of paper and shows them that same evening to her husband, Elwood Edwards, who records them in their living room on his tape recorder. Bingo: the voice of Edwards is retained and, a few years later, will announce to some 35 million Net surfers per day that a message awaits them.

Subsequently, the voice of Elwood Edwards was so associated with the famous phrase that he was only called upon to deliver a variation on the theme "You've got". Embracing his destiny, he even offered to order a personalized version of AOL's signature phrase for $10.

It is of course he who officiates in the trailer for the film You've Got Mail, and he again who announces to Homer and Bart Simpson: "You've got leprosy! Goodbye!"

"'We want something inspiring, universal, blah blah blah, optimistic, futuristic, sentimental, emotional' — well, a list of adjectives like that — to end with 'Oh, and it has to be 3,25 seconds.' " This is how Brian Eno describes the phone call from the agency which contacted him to offer him to compose the future Windows 95 startup sound. He nevertheless welcomed the proposal with joy: at that time, the composer of Music For Airports n has no more inspiration, working for months on music that doesn't lead him anywhere. He then decided to approach the commission as a challenge that would force him to step out of his comfort zone and think differently.

The producer of David Bowie therefore gets down to the task. He compares creating tiny pieces of music with designing tiny jewelry, and dives so deeply into fractions of seconds that 3-minute pieces appear to him as "oceans of time".

The good news is that the experience unlocks the musician's inspiration — in total, he submits no less than 84 submissions to the agency, including the one that would soon greet millions of PC users . And the irony of fate is that Eno composed this little gem... on a Mac. "I don't like PCs; I've never used one!"