Download Pokémon Unite on smartphone to face your friends in 5v5 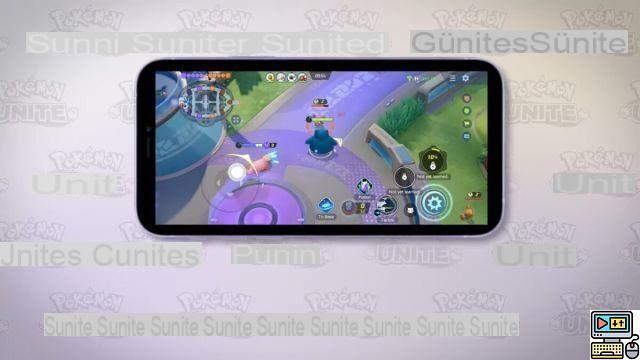 You can now download Pokémon Unite on your smartphone.

Last year, we learned that the Pokémon franchise has a new game for Nintendo Switch and smartphone: Pokémon Unite. The version for the hybrid console has already been released, but the mobile application was still long overdue.

However, you won't have to wait very long to download the game on Android or iOS. In a video posted on YouTube, The Pokémon Company has indeed announced that Pokémon Unite will be available on the Google Play Store and the Apple App Store from September 22, 2021. You can now pre-register already so you don't miss the outing.

The company nevertheless specifies that the date of September 22 may possibly change, but there is no a priori reason for the release to be delayed.

A multiplayer and cross-platform game

As a reminder, Pokémon Unite is a game that offers you to engage in five-on-five multiplayer battles. The goal is to carry out the best strategy to win and this requires working effectively as a team. You will be able to level up and gradually gain skills.

Another interesting point of Pokémon Unite: smartphone players are not cut off from Switch players. No matter the platform, everyone will be able to form teams or compete against each other. The future will tell us if a Pokémon Go-like success will be there.

Audio Video Download Pokémon Unite on smartphone to face your friends in 5v5
Phone fallen in water: what should be done to fix it? ❯