How to get iPhone emojis on WhatsApp 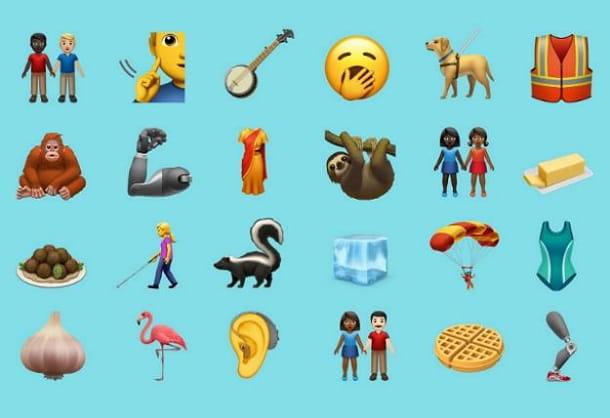 Before even getting to the heart of this guide and explaining, in practice, how to have iPhone emojis on WhatsApp, let me give you some more information on the subject.

For starters, if you own a iPhone, the "smilies" are already integrated into the system keyboard and you can easily use them within the messaging app: all you have to do is start WhatsApp, access the chat of your interest and press the button in the shape of a smile, located in the lower left corner of the keyboard.

If you don't see the emoticon icon, you may need to enable the emoji keyboard in the iOS settings. Then open the app Settings (the gear icon on the home screen), go up General> Keyboard> Keyboards and, if in the list of enabled keyboards you do not see the one called Emoji, first tap on the option Add new keyboard and then on that Emoji.

If, on the other hand, you are interested in using the iPhone emojis on WhatsApp for Android, then things get a little more complicated: in this case, you need to install a keyboard compatible with the fonts and download the set of "graphic characters" of the iPhone as a separate file, or a special application that can automatically perform the exchange.

In this regard, I recommend that you install the Gboard keyboard on your device, the default one from Google, available for free on the Google Play Store and already present "standard" on many devices.

After installing the keyboard, you need to activate it and make it default: to do this, tap the icon Settings Android, go to the sections System> Languages ​​and input> Virtual keyboard> Manage keyboard and move up ON the switch corresponding to the keyboard Gboard.

Secondly, it is good that you know that some of the procedures I am going to explain to you may require the acquisition of root permissions on the device: this is not always necessary, however this eventuality varies from device to device.

Before opting for one decision instead of the other, my advice is to carefully read my in-depth analysis dedicated to root permissions, so as to be well aware of the advantages (and disadvantages) to which this procedure can lead.

How to get iPhone emojis on Android WhatsApp 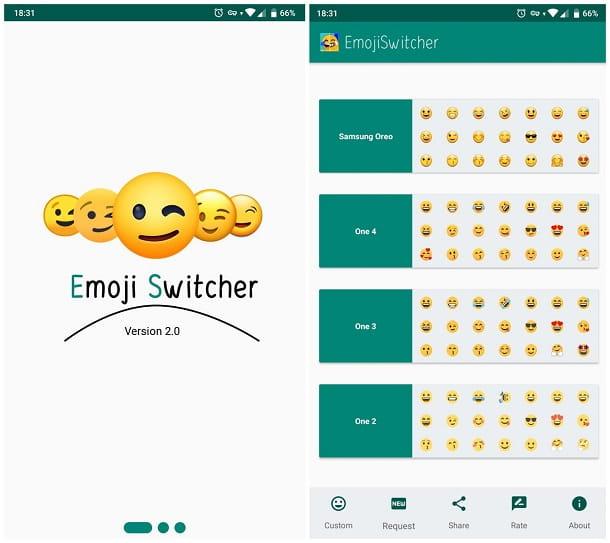 After carrying out the preliminary steps to be able to "add" the iPhone emojis to WhatsApp for Android (but also to the rest of the operating system), the time has come to show you concretely how to achieve the goal you have set for yourself, thanks to a easy-to-use app, called Emoji Switcher.

It allows you to install and add to the system, within a couple of taps, the "smiley faces" of iOS / iPadOS features, provided that the Android device has been previously subjected to the root procedure and that, in the system, it is present the Gboard app (which I told you about in one of the previous sections of this guide).

Before continuing, I would like to point out that, officially, Emoji Switcher is only compatible with branded devices Samsung, HTC, OnePlus, Huawei, Tecno and with the Wiko Rainbow; if you do not have one of the aforementioned devices, the app may still work, however I recommend that you make a prior backup of your important data, to avoid unwelcome surprises.

Having made the necessary premises, it's time to take action: after completing the installation of the app (which can be obtained for free from the Play Store), start it and swipe to the left to skip the first configuration tutorial and check , at the same time, the presence of root and keyboard permissions Gboard (in the absence of these requirements, Emoji Switcher, as a rule, is unable to work); when prompted, press the button Home to start the app.

That's it: locate the iOS / iPadOS icon pack, tap the button install to download it to your device and, finally, tap the button Set to add it to Gboard, granting the acquisition of root permissions, when required.

When you are done, restart your device: if everything went smoothly, you should be able to use the newly installed emojis on all the apps installed in the system, including WhatsApp: open the chat of your interest, touch the text area to type a new message and, after making a long tap on the comma-shaped key on the keyboard, press the "smiley faces" icon.

Note: if you have a terminal Samsung equipped with an operating system Android 7.0 or higher, you can get the same result by using the Emoji Switcher application (no root), which works in a way almost identical to what we saw earlier but which, as the name itself implies, it does not require root permissions on the device.

How to get iPhone Memoji on WhatsApp 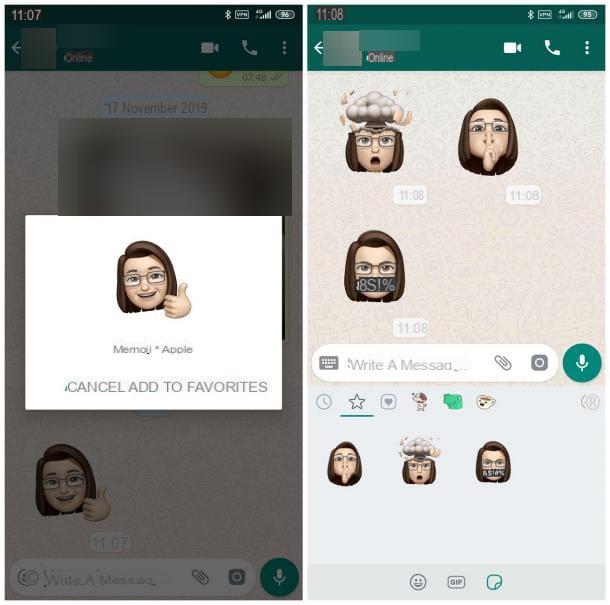 If you have come this far, it means that you have perfectly understood how to get the "smiley faces" of the iPhone also on Android, but that you would like even more: you are in fact interested in Memoji, that is to the characteristic "stickers" of iPhones, introduced with the iPhone X and currently available on all Apple phones equipped with iOS 13 and later (as well as on all iPads equipped with iPadOS), which follow the facial expressions of the user in the most common scenarios (laughter, smile, assent, dissent, tears and so on).

How do you say? Did I guess? Then I think I have good news for you: in fact, to be able to get Memoji also on WhatsApp for Android, it is sufficient to use a friend's iPhone or iPad to create them and have them sent (always via the messaging app) and finally, save them among your favorite stickers, so you can use them later.

In detail, what you have to do is to borrow theiPhone or iPad from a friend, start the app Messages of iOS / iPadOS and, after tapping the button for I will create a new messaggio (the square with the pencil), tap on the icon of Memoji, the one with three avatars, located next to the stylized "A".

Then, tap the button (...) to start creating a new Memoji package, click on New Memoji and, using the screen that is proposed to you, customize the avatar you are about to create; if you need an extra hand during this phase, the specific guide I made on the subject may be useful.

After creating your Memoji, ask your friend to send them to you via WhatsApp, then take your Android device, open the WhatsApp chat where you should have received the Memoji, tap on each of them and then on the voice Add to favorites to include them in your personal collection.

To send the "smilies" added in this way, you simply have to enter the section dedicated to favorite stickers of WhatsApp (the one marked by the icon in the shape of starlet) and tap on the image you are interested in sending; for more information, you can refer to my tutorial on how to send stickers on WhatsApp.

If, on the other hand, you are interested in using Memoji not only within WhatsApp, you will be pleased to know that there are some applications, such as Bitmoji or Zepeto, which allow you to create custom avatars and use them on all (or almost) the apps installed. on the Google operating system, which I told you about in my guide on how to create Memoji on Android.

How to get WhatsApp for free ❯

How to update WhatsApp

How to see blocked numbers on WhatsApp

How to block video calls on WhatsApp

How to see if a message has been read on Whatsapp

How to print from WhatsApp

How to recover deleted WhatsApp messages

Add a comment from How to get iPhone emojis on WhatsApp