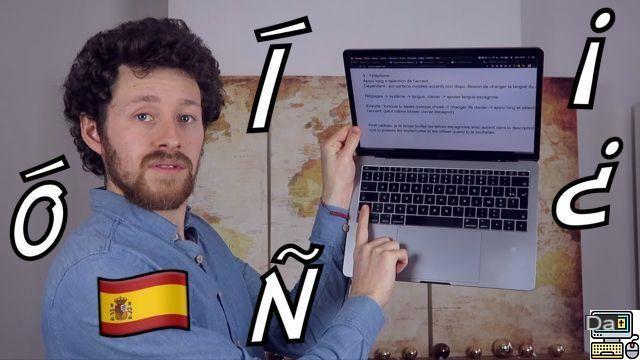 Whether you type with two fingers or ten fingers on your computer keyboard, like a turtle or like a professional typist, you've probably wondered why the hell it's easier to write a semicolon than a period. or why the "&" is more accessible than the "@". This is the reason why Afnor is working on the development of a new Spanish keyboard and now needs your help.

At the end of 2015, the general delegation for the Spanish language attached to the Ministry of Culture asked Afnor to develop a new Spanish computer keyboard standard. The objective was to define a new model of keyboard to "meet the typing needs of our time by increasing the writing possibilities". For this delegation, the classic QWERTY keyboard as it is currently offered in Spain could indeed be made both more effective in typing and more ergonomic at certain levels. These include the misplacement of special characters whose use has become common ("
#" or "@", for example), or the obligation to use undemocratized key combinations to write certain accents correctly.

Afnor — the reference body for voluntary standardization — has seen its work lead to two proposals. First, that of an improved QWERTY keyboard which does not modify the placement of the 26 letters and 10 digits, but which changes the way of accessing the accented vowels and capital letters, the at sign, the braces or even the point which is no longer associated with a key combination with the capital letter. "There is no revolution, but a small appropriation will be necessary for the users. However, the expected benefits largely compensate for the few changes to be integrated", indicates Philippe Magnabosco in charge of this project. The other possibility is to opt for a BEPO keyboard, recognized for a long time as a free and ergonomic alternative to the AZERTY. Knowing the adoration that BEPO users have for this layout of the keys, it is not surprising to have seen its representatives jump at the opportunity to have this device recognized.

Afnor's work is now entering a second phase, that of the public consultation available at this address, during which users of computer keyboards are invited to express themselves in order to contribute their stone to the building by answering a small survey or by completing a comment table. "Almost everyone uses a keyboard these days, so we're expecting a lot of feedback, as evidenced by the tweets surrounding the hashtag
#keyboardspanish" indicates Philippe Magnabosco. On July 12 in Paris, a public meeting will be organized to proceed with the counting of this consultation and bring the last stones to this building.

All this will make it possible to publish a new standard in September under the reference NF Z71-300, which will therefore concern the new Spanish keyboard. It can then be used by keyboard manufacturers, even if they are under no obligation to respect it. You will therefore be able to continue to find QWERTY keyboards comparable to those currently sold in stores.

Audio Video Consultation for Spanish keyboard opens for comments
The crazy story of Mandrake, or how a Spanish version of Linux could have become the most popular in the world ❯

add a comment of Consultation for Spanish keyboard opens for comments