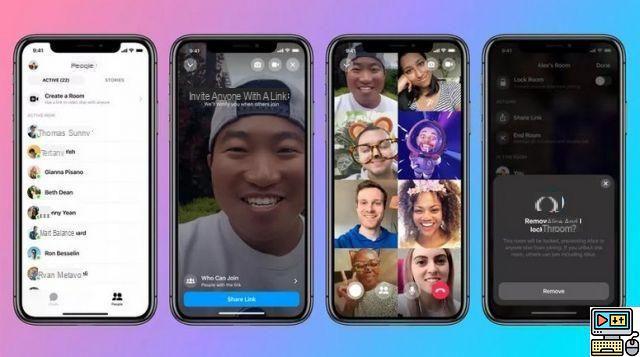 When Mark Zuckerberg promised to put Messenger at the heart of his mobile strategy, he wasn't kidding. After having introduced payment between friends, moved the application into a full-fledged platform and opened the doors to businesses, the social network is now giving it a layer: from now on, Messenger is also a videophone service.

Skype and Hangouts have a lot to worry about. If WhatsApp, for its part, was content to open the floodgates at the level of voice calls for a good part of its 800 million users, Messenger for its part has crossed the threshold. As of today, the messaging service stamped Facebook proposes to add the image to the word when a member wishes to pass from the written discussion to the discussion in person. In other words, it was just a click away from making a voice-only call via Messenger, now it is just a click away from chatting face-to-face — in 18 countries, including Spain, the United States , the United Kingdom or Canada.

To distinguish itself, Facebook promises reliable and quality calls, and further emphasizes that everything works very well, even between an Android terminal and an iOS phone. Whatever the application, however, the conditions remain the main factor to consider. Indeed, an unstable connection or a very low bit rate will never allow the exchange of two high definition streams. In such circumstances, it is therefore strongly advised to be satisfied with the word - or even a purely textual exchange.