Free and online Atari games: Asteroids, Arkanoid, Pong and others 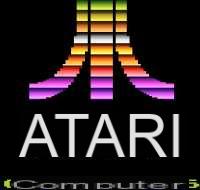 Atari is one of the biggest, most historic and most famous names in the computer game industry.
Those born in the early 70s may have played with the Atari 2600 and know those great classics that have made the history of videogames: River Raid, Frogger, Pong, Pitfall, Arkanoid.
Old fans of Atari games and even those who have never heard of it and got used to playing Call Of Duty or GTA, can enjoy the game. new portal gi online games Atari used by Microsoft to promote Internet Explorer 10 on touchscreen computers.

The games on the Atari site also work with other browsers of course.
The games have all been redone by Atari Games to demonstrate the potential of HTML5.

From our website Atari Arcade you can register to play multiplayer games online or you can play against the computer.
The selectable games are:
- Fighting: a game where you drive a tank against other tanks by shooting at them, trying not to be destroyed.
- Lunar Lander: the space probe must land in the right place.
- Missile Command: game where with missiles fired from below you have to hit the bombs before they fall to the ground.
- Pong: the great classic and first game in history where you have to score the opponent by bouncing the ball.
- Super breakout is a version of Arkanoid, the well-known game where you have to destroy the bricks with a ball.
- Yars Revenge: spaceship game
- Asteroids: a spaceship in the center, fires at the asteroids until they are smashed into pieces.
- Centipede where a wizard has to shoot a centipede before it comes at it (similar to Space Invaders).

All the games can be played alone, with the scores being memorized so as to compose an overall world ranking.
Some games like Missile Command can also be played in Multiplayer against other players for an online match which, in some cases like in Pong, can be really addicting.
The games are all online, they load on the browser and must be played with the keyboard: WASD to move and the space bar to shoot.
The Atari games, even though they are the same as 30 years ago, are equipped with modern graphics and are great fun for quick games, to see who gets the maximum score or for battles against friends.

I remember that, in another article, the sites where play old pc games, 80s / 90s and arcade games

Free and online Atari games: Asteroids, Arkanoid, Pong and others

add a comment of Free and online Atari games: Asteroids, Arkanoid, Pong and others