How to move WhatsApp to SD card 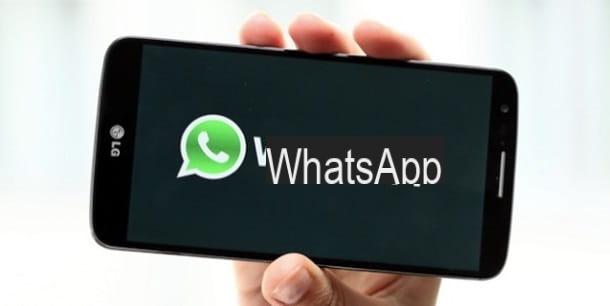 One smartphone is possiedi Android, you will be happy to know that you can move WhatsApp to an SD card in a very simple way, through a procedure that requires you to act through the menu of Settings Android (which can also be implemented for the transfer of WhatsApp "sister" apps, such as WhatsApp Business).

To succeed in this attempt, you must first make sure that the SD card inserted in the phone has been initialized as internal memory, rather than like portable memory. This is of fundamental importance because only with this option it is possible to install applications. In case the card has been set as portable memory, on the other hand, you can only transfer files and multimedia contents to it (unless you do the root procedure, as I will show you in the next chapter of the tutorial).

This possibility of selecting the type of memory is usually requested after inserting the SD card in the appropriate slot of the smartphone (starting from the versions of the Android 6.0 operating system and later), as you are shown a notification concerning the possibility of initializing the SD card.

To proceed, tap the button Configure which you can see in Android notification center (it is that section visible by swiping from top to bottom, near the upper edge of the display, and then presses on the option Use as internal memory, in the screen that is shown to you.

If the SD card has been configured as portable memory and you want to change it to internal memory, you need to do SD card setup from Android settings. Then go to the menu Settings, pressing the icon with the symbol of a gear located on the home screen, tap on the item Storage and USB e poi remi su SD card. 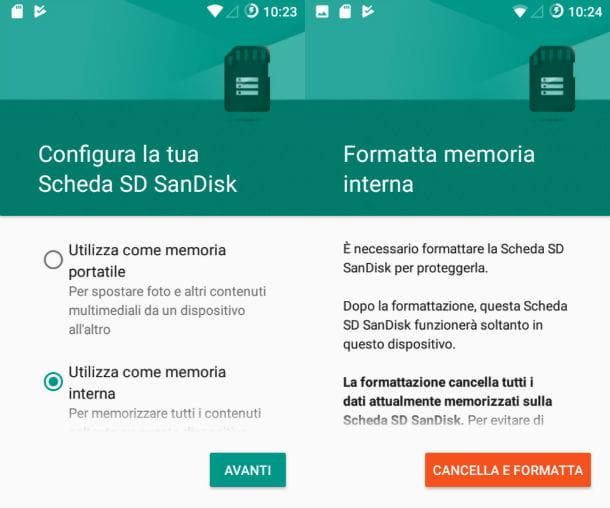 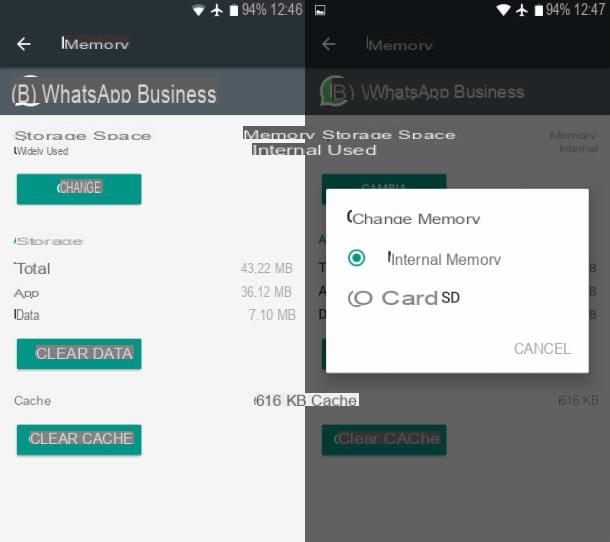 Once the SD card is configured as internal storage, you can transfer the WhatsApp application within it. Usually, this possibility is given to you during the microSD configuration phase. If this happens, accept the possibility to move all the apps and multimedia contents within it, by pressing the button first Move now and then NEXT e Move.

Alternatively, if you don't want to move all the apps, you can do it for the WhatsApp application only, using the default Android tool which is located in the Settings.

To perform this procedure, launch the app Settings pressing the icon with the symbol of a gear located on the home screen, tap on the item App, locate the WhatsApp application to move to the SD card by tapping it (WhatsApp o WhatsApp Business), and finally press on the item Memory.

Now, press the button Change and, on the next screen you see, select the item SD card, to complete the operation. It was simple, wasn't it?

In the event that on your Android smartphone or tablet you are unable to carry out the above procedure, it is possible that this has been inhibited by the operating system or that the SD card has been configured as portable memory for storing multimedia files only.

In this case, don't worry. To succeed in moving WhatsApp to an SD card, you can do this in an alternative way, using a third-party application that forces apps to be moved to the SD card, bypassing standard system restrictions. However, this operation requires root permissions and I recommend that you run it through the application App2SD.

The application App2SD it is, in fact, one of the best that you can use to succeed in this aim; it can be downloaded for free from the Play Store and allows you to move apps to the SD card, using the symbolic links.

Basically, the SD card is split into two partitions, one formatted with the file system FAT: and the other with the file system EXT2 / EXT3 / EXT4. After that, the app files are moved to the second partition created, while only symbolic links are left in the source folders (i.e. on the smartphone's internal memory).

In short, this application "tricks" the operating system which, in this way, continues to believe that the app is installed on the main memory while, in reality, it has been moved to the SD card. In addition, App2SD also offers some additional features, such as the ability to uninstall system apps or hide them.

Now that you understand how this application works, we can take action. Start App2SD, previously downloaded via the link I provided (just press the button first Install and then Accept), by tapping on its icon on the home screen and, first of all, you consent to the requests you see on the screen, in order to allow the app to work correctly.

Once this is done, scroll the screen you see and press on the items Settings > Language to select the language. Then, on the home screen of the application, choose the item Partition utility o Partition Utility (Adoptable) to do tap su OK.

Between the two modes, choose the first (Partition utility) and, in the next configuration screen, move the lever to the right to indicate the size of the partition. At the first partition, choose the file system fat32 while, on the second, you choose ext4. Adesso, pulsating premium Yes located at the bottom right and then tap again on Yes in the notice you see on the screen. 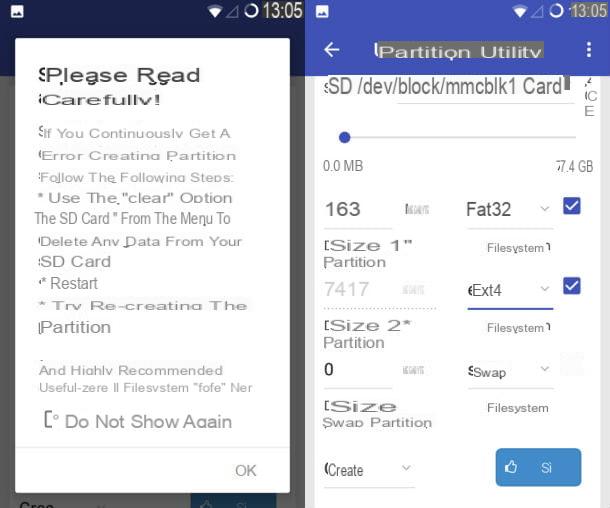 Wait for the procedure to be completed and for the device to restart automatically.

If, choosing the first option, you have been shown a warning message that this feature cannot be used on the SD card installed on the device, it means that you have to fall back on the second: Partition Utility (Adoptable). In this case, tap on OK and then set the values ​​that correspond to the size of each partition, using the field MB.

At this point, in correspondence with the field File system for the second partition, choose the item ext4 in place of default, then press on Yes and then afterwards again on Yes, to start creating the partition. At the end of this procedure the device will be restarted. 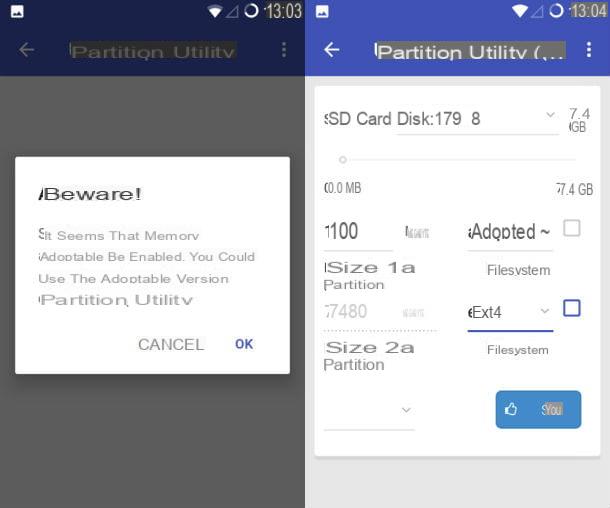 Once the partition is created, boot App2SD and then press on the item Connect apps to the SD card. Then press the button OK to select the partition and then wait for the data loading to finish. Then tap on the wording OK to confirm completion of the procedure.

On the next screen, press the icon of WhatsApp and then tap the button Fellow worker. Now, activate the box named Select all e pulsing sul pulsating OK. Wait for the procedure to finish in order to be able, after a few moments, to transfer the WhatsApp app to the SD card. 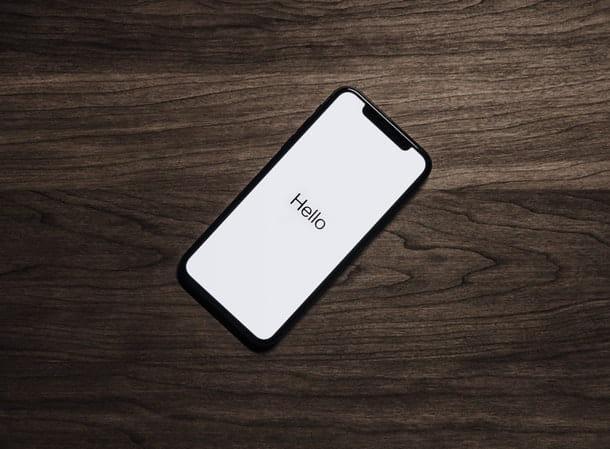 If you own a iPhone or iPad, you will surely know that Apple devices do not support SD cards, as there is no dedicated slot. The only solution to have an SD card on an iPhone or iPad is to use third-party accessories, such as the ones you see below, which connect to the port lightning.

These accessories can be used with complementary apps that can be installed via theApp Store but they only allow you to transfer files between the internal memory and that of the SD card.

Unfortunately, therefore, they cannot be used to move apps to the SD card, such as WhatsApp, as they do not allow you to transfer applications but only files, such as multimedia ones.

How to print from WhatsApp ❯

How to recover deleted WhatsApp messages

How to send the link of a WhatsApp group

How to install WhatsApp on Huawei

How to get iPhone emojis on WhatsApp

How to transfer WhatsApp messages

Add a comment from How to move WhatsApp to SD card