How to Show Hidden Files on Mac? 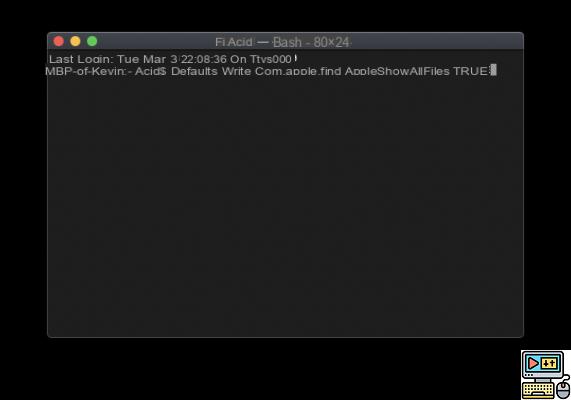 MacOS is known to be highly protected in order to avoid damage caused by clumsiness or dangerous modifications made by users. The system has several corners where important directories and files are hidden. Here's how to show hidden files on Mac.

If hidden files were permanently accessible, the probability of a user inadvertently deleting or modifying them is not negligible. Nor are the possible consequences. But it often happens that it is necessary toshow any of these hidden folders or files on Mac in order to solve a specific problem.

On UNIX systems, hidden files are preceded by a period (.) and do not appear in the list of files. It can be an .htaccess file, .bash_profile or .svn directory, for example. Folders like /usr, /bin and /etc are also hidden.

The hidden folder that we most often need to access is the User Library which is hidden by default since macOS 10.7. (~/Library). This is where application files and other personal data are stored. Here are three different ways to show hidden files on Mac.

We start with the classic technique which is also the longest:

This method for showing hidden files in the Library directory is a faster variant than the previous one:

It is the easiest and fastest technique that has been introduced by Apple since macOS Sierra. A simple keyboard shortcut displays the Library.

Show all hidden folders and files on Mac

To display all the hidden directories and files on a Mac, you have to go through the Terminal tool as for the first method described above. However, the command to enter is different.

Now all hidden files and directories will show up regardless of where they are. To hide them again, just enter the same command shown above, replacing the end with false: defaults write com.apple.finder AppleShowAllFiles -bool false.

The 2022 iPad Pro is going to be redesigned and will have wireless charging capability, like Apple's other mobile devices. After the presentation of the iPad mini 6,… All the power of a Mac computer on your eyes: this is what Apple promises in its future mixed reality headset, scheduled for the end of 2022. While the Apple Watch, the 'iPad… Do you have an iPhone and want to change your PIN code? The option, buried in the twists and turns, of iOS is not so easy to find. However, this code ... There are a few options available to unlock an iPhone. Some online services offer to do this quickly for a few euros. The law also obliges operators to do it for free ...
Audio Video How to Show Hidden Files on Mac?
How to show file extension on Windows 10? ❯

add a comment of How to Show Hidden Files on Mac?