iPhone and iPad: How do I turn off Siri? 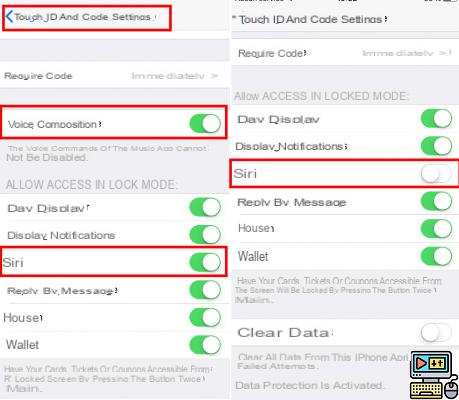 Siri is a useful and helpful voice assistant, but for some reason some users prefer to turn it off on their iPhone or iPad. Rest assured, it's as easy to turn off Siri as it is to turn it on or back on. The process only takes a few seconds, and here's how.

Apple claimed in January 2018 that more than 500 million people worldwide use Siri at least once a month. This is approximately 125 million more than the figure previously announced in June 2017. This shows that the number of users is constantly increasing. But compared to the 1,3 billion active devices just talking about iPhones, this means that hundreds of millions of people do not find the voice assistant useful on a daily basis and many prefer turn off siri.

How to turn off Siri on iPhone and iPad?

It's easy to turn off Siri completely on your iPhone or iPad. Everything is done in two steps, which turn out to be the same no matter what device or system you are using. Here is how to do it.

That's it, l’assistant personnel d’Apple will normally be désactivé from your iPhone or iPad. To reactivate it, it will be enough simply to redo its steps but in reverse. In other words, to go to Settings> Siri and search then to reactivate it.

The 2022 iPad Pro is going to be redesigned and will have wireless charging capability, like Apple's other mobile devices. After the presentation of the iPad mini 6,… All the power of a Mac computer on your eyes: this is what Apple promises in its future mixed reality headset, scheduled for the end of 2022. While the Apple Watch, the 'iPad… Do you have an iPhone and want to change your PIN code? The option, buried in the twists and turns, of iOS is not so easy to find. However, this code ... There are a few options available to unlock an iPhone. Some online services offer to do this quickly for a few euros. The law also obliges operators to do it for free ...
Audio Video iPhone and iPad: How do I turn off Siri?
iPhone, iPad: how to free up storage space ❯

add a comment of iPhone and iPad: How do I turn off Siri?