Nintendo Switch: Joy-Con problems are “inevitable” according to one of its developers

According to a Switch developer, wear and tear on Joy-Con joysticks is inevitable, suggesting Joy-Con Drift issues will be forever. 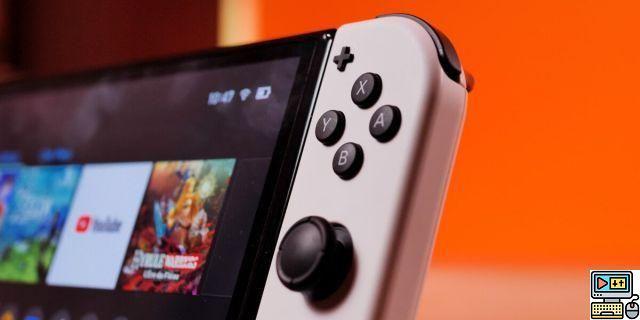 The joystick and buttons on the right of the Nintendo Switch OLED // Source: Anthony Wonner – TechnologiesTips

Game consoles and their controllers are much more complex than they seem. Each mechanism is carefully thought out to offer the best feeling to the players and the best possible durability, but it is not easy. The Nintendo Switch and its Joy-Con issues are a perfect example.

Since the hybrid console's debut in 2017, some gamers have been complaining about a problem that today goes by the name of Joy-Con Drift. This is a false contact creating a phenomenon of phantom keys. When this happens, even with the joystick in neutral, you can usually see your in-game character spinning in circles (or the camera spinning depending on whether the issue is with the left or right stick). And unfortunately, this problem is likely to persist…

Nintendo has released interviews with two of the console's developers to discuss the all-new Switch OLED. Among the topics discussed, the question of the Joy-Con was obviously addressed, leaving Toru Yamashita the opportunity to better detail the changes made to the internal durability tests carried out on the analog stick. These initially consisted of a simple rotation of the stick, but have since been modified to approximate a use closer to reality in order to better simulate wear.

Based on the results thus obtained, the Switch's joysticks have continued to evolve and improve, both on Nintendo's brand new hybrid console and on repairs of older models. And yet...

However, Ko Shiota explains for his part that the wear of the internal components of the joystick is inevitable. He compares this behavior to the tires of a car which are in constant friction with the road and end up being damaged. In the long term, the Joy-Con Drift would therefore be inevitable.


The Switch is not the only victim

If the problem of “drift” is often blamed on the Nintendo Switch, because it is proportionally very affected by this problem, it is not the only one to suffer from it. Remember that at the start of the year, some players complained of the same problem on the DualSense of the PS5, yet freshly released.

On these components which are undermined in parts, the wear is particularly important. For their part, the developers can only work to improve the durability as much as possible.

add a comment of Nintendo Switch: Joy-Con problems are “inevitable” according to one of its developers