Our 7 tips to improve your practice of black & white photography 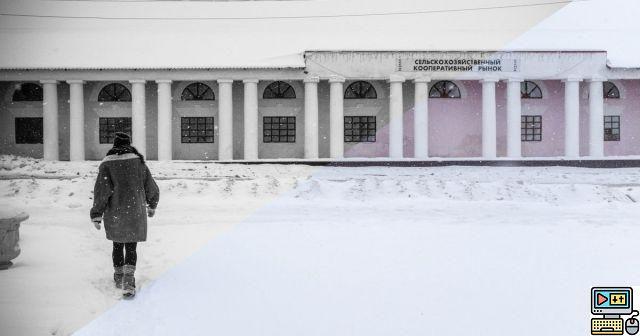 Obtaining a beautiful black and white shot requires a little more requirement than a simple conversion to grayscale. Let's summarize some rules to respect in order to sublimate your conversions of color photos into black and white.


If black and white photography is within everyone's reach, taking a beautiful monochrome photo requires a certain know-how. Without control, many photos are bland and of no particular interest to be developed in black and white, simply because their author was content to convert his color photo by only desaturating the whole, or by using a simple filter conversion.

It is often the fault of a received idea that if your color photo is missed, you just have to convert it to black in white to sublimate it. Note that if the transition to black & white can indeed catch up with some technical errors such as poor white balance or too high ISO sensitivity, a failed photo remains above all a failed photo, whether in color or in black and white . Here are some tips to better understand black & white photography.

Far from being an original and unique advice for black and white photography, to be really sure of successfully converting your color photos to black and white, the RAW format is essential — not to say that it is mandatory. . Since the RAW format saves more information than JPEG files, it will be easier to edit your images for monochrome output. As for the color, it will be easier to work on the level of granulation, the dynamics and the level of detail.

2- Learn to see the world in black and white

Our eye being accustomed to seeing the world in color, it is not easy for a novice to imagine it in black and white and to anticipate the shot. The first reflex is very often to rely on the colors and to compose accordingly, whereas in monochrome photography the colors will be crushed to give nothing more than a mass of bland gray levels where nothing stands out. Once desaturated, for example, red and blue are very close.

In black and white photography, it is therefore essential to pay attention to shapes, textures, light and its contrast in order to detach the subject from the background, it is these elements that will give a cachet to your photo. , for that you will have to learn to be an excellent observer.

This advice may seem obvious at first since for any type of photo the choice of subject is essential. While black and white lends itself to a wide variety of subjects, certain characteristics can enhance the impact of your shots.

the texture : it takes on its full importance in black and white, which often tends to magnify it, unlike color photography which tends to eclipse it. Whether it's the irregularities of the stone, the streaks and knots of the wood, or the grain and stains of the skin, black and white brings out all the intensity of these details.

Shapes : whether they repeat themselves, whether they are symmetrical or not, drawn by man or natural, they attract the eye much more in black and white than in color. Think of the forests of more or less aligned trees, the succession of waves, but also the markings on the ground.

The lines : whether it is those of a building, a cobbled street, markings on the ground or that of street lights, these are all vanishing points that stand out and take on even more importance than in color.

A strong light with areas of shadow will create an image with varied tones and therefore a strong contrast and it is this contrast which is one of the most important elements for a black and white photograph. It is he who will determine the atmosphere of your photo. A high-contrast photo expresses strength thanks to the significant difference in tones, while a low-contrast photo will create a softer, more dreamlike atmosphere.

With a strong light coming on one side of your subject, it will be sublimated. Not only will image contrast be stronger with one area bright and another darkened, but shapes and textures will be naturally accentuated. Where in color you are fighting against the backlight, in black and white, having the light in front can strengthen your photo and draw silhouettes that stand out from the background.

To master the black and white technique and make the most of it, it will be essential to learn to analyze the light (its intensity, its direction, the shadows it creates) and to compose according to the level of the latter. : hard, diffuse or direct.


5- Take pictures on an overcast day

Paradoxically, photographing in black & white on an overcast day can also be a good idea. Despite a reduced ground contrast, a sky full of thick clouds will reinforce the intensity of the scene. A sky full of large clouds pierced by rays of sun will create a strong atmosphere whose intensity will be much better rendered by black and white than color. Test the photo in stormy weather, often the colors are almost absent while the contrast is present.

Likewise, photographing in black and white after a rain shower often gives beautiful renderings, between the cloudy sky which clears up, the reflections in the puddles of water and the surfaces wet by the rain, you can obtain magnificent compositions. in black & white.


6- The importance of post-processing

It doesn't matter what software you use, be it Photoshop, Lightroom, or any other digital photo development software, they all have dedicated tools for converting to black and white. But be careful, converting a beautiful photo to black and white should not be limited to desaturating the colors or applying a simple conversion filter. While there are dozens of ways to convert your photos to black and white depending on the effect you want to create or the type of photo you're converting, your go-to tool will be the Layer Mixer.


7- Use the black and white mode of your camera

With the arrival of hybrids and electronic viewfinders, it is possible to see live what your photo will look like in black and white. If it can be a good learning curve for some, it can also be a trap, because to always see what the photo looks like, we let ourselves be guided by the camera and once the digital viewfinder is absent, it is more difficult to anticipate the future black and white photo. Finally, we do not necessarily see the world better in black and white with this type of help.

However, if in doubt it may be worth using the black and white mode to control what the image will look like, but that shouldn't stop you from thinking in terms of black and white and also going through the case post-processing, the case conversion process rarely gives satisfaction on the midtones, even if it is possible to adjust certain levels directly on it.