The new Skype is far from unanimous 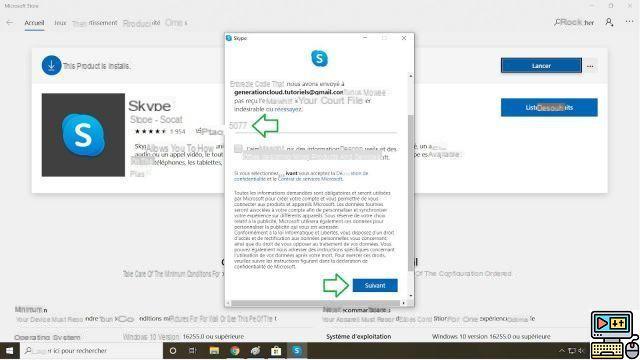 Microsoft wanted to reinvent Skype by adding fashionable features to it, bringing it closer to the currently popular messaging applications. A very bad idea, if we are to believe the many feedback from dissatisfied users.

Launched at the very beginning of June, the new version of Skype received a mixed reception from its users. To understand the discomfort, just take a look at the App Store where the rating for this version does not take off beyond 1,5, while the previous version had a rating of 4,5 (the rating is done on 5). Reading a few comments from disgruntled users helps to better understand what is blamed on this new Skype. Loss of bearings, poorly organized application, difficulties in seeing who is online, functions inspired by Instagram, Messenger and WhatsApp that have nothing to do here... These are the main complaints that keep coming back, that the we find almost identically on the Play Store.

It must be said that with this modernized Skype, Microsoft has taken a lot of risks. While it was a service that made its reputation on VoIP calls and video communications via webcams, which made it successful with individuals, but also in business, Microsoft thought of this new version of Skype as a modern instant messaging, between Messenger and Snapchat. The basic functions - identity of Skype - are therefore relegated to the background so that the "Highlights" (Stories style) or the "Captures" are highlighted which allow posting retouched photos, and this while the discussions are now grouped in the "Conversations" tab.

For now, users of the desktop version of Skype on Mac OS X and Windows are spared these changes, but Microsoft plans to roll out a major new version of its software to computers in a few months. Needless to say that, in this context, the publisher will be expected at the turn by regular users of the platform.

The good news is that Microsoft seems to have no intention of turning a blind eye to the complaints from users of the new Skype application. Indeed, the firm has already published a FAQ in which it explains how the application works, the reasons that led it to make the choices that are today decried and indicates that an update will be released soon to correct some of the usability issues reported by users. If already, we could see at a glance who is connected in our contact list, it would be a great step forward...

add a comment of The new Skype is far from unanimous