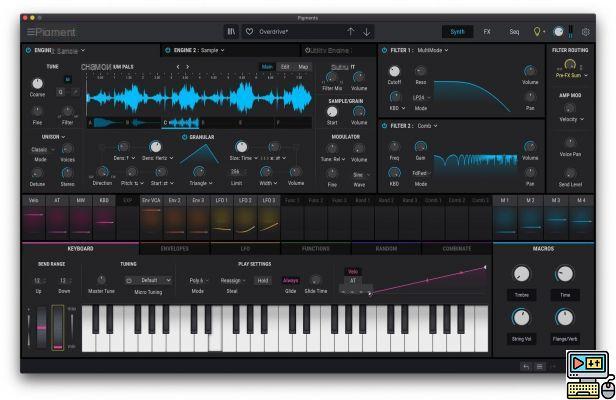 On the occasion of the music festival, the audio team unveils its favorite test tracks.

It often happens that we come across musical references in our tests, and for good reason: if acoustic measurements are essential, we insist on recruiting writers capable of using their ears. Listening is always done before the measurement, to make sure not to be influenced by it and even, as sometimes happens, to detect an anomaly. However, you have probably happened, perhaps out of curiosity, to look for headphones or a speaker of which you are the proud owner in our comparison and come out empty-handed. So, in the absence of being able to multiply our sound lab and all the acoustic analysis equipment that goes with it, each of the editors-testers today shares with you 5 emblematic tracks from their playlist to test headphones and speakers, always listened to in non- compressed and in compressed format.

The intro lets me gauge the crosstalk, and the entire track gives me a very accurate indication of how the bass is being handled.

Petra Magoni's voice is captured very precisely, and listening to it with a speaker or headphones that are too quick to generate sibilances is downright unbearable!

From the intro, we immediately perceive if the product has a predisposition for aggressive sounds thanks to the potentially flashy sounds of the acoustic guitar.

The depth and breadth of the mix is ​​such that you can hear immediately if the hardware is capable of delivering enveloping and immersive sound...or not at all.

Miles Davis – So what

I mainly test the dynamics of the loudspeakers with it, and their ability to accurately transcribe the different timbres of the instruments.

The piece plays a lot on stereophony. Also, the definition of the guitar and the omnipresence of the room tell me about the precision of the loudspeakers. Finally, the intro and the outro with the ring modulator, which generates a lot of harmonics, immediately allow me to judge the balance of the frequency response.

The mix is ​​very polished and flattering: hello sibilants or hello boomy bass if the system is not neutral! There is both throat singing and clean singing, variations between very close sonorities that saturate and more airy elements, and very varied effects, which allows me to analyze a whole range of capabilities of loudspeakers. speakers. Certain details of percussive playing (ghost notes, etc.) are only audible with very good equipment!


Oh, Sleeper - In All Honesty

It's a "crash-test" piece to know the frequency reproduction of the mids to the highs: there is a lot of distortion on the whole, so it's a very aggressive piece which becomes unlistenable with equipment that is too sensitive to the ranges of cited frequencies.

The voice (feminine, it changes from the other pieces of my playlist) put forward allows me to check the vocal intelligibility and the fidelity of its transcription. There are many different instrumental sources, a lot of spatialization effects that can get very messy and a lot of play on the stereo in terms of source placements. The scene, very rich, again requires good equipment to be correctly reproduced.

The upper half of the spectrum is relatively busy and the sound very "pinched". It's mono, of course, with the defects/qualities of the recordings of the time: if the headphones or the speaker are not precise enough, you quickly lose the depth of the scene!

The reverb, the percussion, the acoustic guitar, the bass that almost speaks, the effects, the applause... The mix is ​​a gem that allows you to test not only the crosstalk, but also the precision of the membranes and the balance of the sound. overall frequency response.

The dark sweep of the intro reveals the ability of the speakers to descend into low frequencies.

The extremely rich orchestration, the multiple intersecting themes, the many layers of the mix and the very wide variety of timbres give a fairly detailed photograph of the precision of the membranes and easily betray an unhealthy behavior.

A great classic among sound engineers, and it's not for nothing. The mix is ​​absolutely impeccably clean and allows, among other things, to measure crosstalk and hardware accuracy on the test bench.

It's probably one of the songs I've listened to and studied the most in my life. I know the least of its synths, its meanderings, its secret passages. It tells all the intimacy of the helmet placed on my ears.

add a comment of The Ultimate Audio Tester Playlist