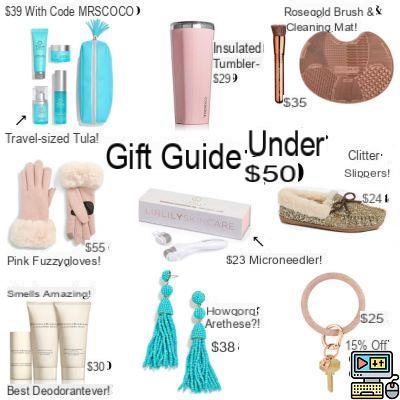 With World of Warcraft Classic, Blizzard offers players the opportunity to dive back into its MMORPG as it was when it was released. More than a mercantile maneuver betting on nostalgia, WoW Classic is a piece of video game history brought back to the fore.

World of Warcraft is an MMORPG that marked the history of video games. Released in 2004 (2005 in Europe), it quickly became an unprecedented cultural phenomenon. Fifteen years and seven extensions later World of Warcraft – or WoW for short – is still active, but it has been profoundly modified. With WoW Classic, Blizzard seeks to offer the game as it was when it was released in 2004. This return to basics is the witness of the long road traveled.

Several aspects of World of Warcraft have changed over time. The universe offered to players, first of all. If it is still possible today to survey areas that have existed since the very beginning, such as the forest of Elwynn or Durotar, their appearance and their quests were profoundly modified when the Cataclysm expansion was released in 2010. Likewise, the gameplay has become more nervous, but also simpler and more intuitive over time. For example, it is no longer necessary to pay to buy skills or search for a group by making public announcements. Still, World of Warcraft "Vanilla" (nickname given to the original game without its extensions) only existed in the memory of players, and some may have forgotten its difficulty by relaunching WoW Classic.


No mercy for the peons!

World of Warcraft Classic is therefore the game of 2004, with its choppy rhythm, its tree of talents as searched as clutter and its outdated mechanics. The only notable difference compared to the original game is indeed in the technique, such as the light effects inherited from the current game or the support for screens in 21:9 format. For the rest, we are in pure Vanilla juice, both in the graphics and in the relatively difficult gameplay.

This difficulty will also put the old players to the test and could disgust the curious. However, she quickly reveals her qualities. Players talk to each other, communicate, give advice and help each other with quests. Something that has become rare in the 2019 World of Warcraft where everything seems automated and calibrated for single player play.

The game is graphically the same as in 2004


For lack of indication on the screen – the thing only happening with the Cataclysm extension in 2010 – each quest is an adventure where the player must read the instructions carefully and study his map before starting. Likewise, each journey takes on an epic, mysterious aspect, something that World of Warcraft has still lost over the years. Even fifteen years later, the magic still works and it is easy to understand why the game was so popular when it was released.

One subscription is enough for Classic

If the greatest qualities of WoW are present in this Classic, its worst flaws are also back. Those who experienced the release of Vanilla in 2005 in Europe remember the huge queues to enter the servers as well as the crowds in the starting areas, which slowed the progress of the player enormously. The launch of WoW Classic on August 26, 2019 was just as chaotic. Blizzard recognized this and had to urgently open servers to allow everyone to play.

The game launch was complicated, but Blizzard had warned.


People to play WoW Classic, so there are a lot of them. For good reason, it is enough to have a subscription to World of Warcraft to taste its Classic version at no additional cost. Newcomers wanting to get started with WoW Classic right away will only increase the total number of subscribers.

More than a game, an archive

More than a nostalgic trip, WoW Classic also represents an important action for the preservation of a game that marked its time. Before its release, it was indeed necessary to go through private servers – and therefore illegal – to rediscover an Azeroth as it had been thought at the very beginning. WoW Classic is more than a game, it's a real archive.

It remains to be seen whether Classic will work over time and how the coexistence with modern WoW will unfold. This is actually not the first time such a situation has occurred. The British game Runescape had an “old school” version in 2013 and since then the two versions have coexisted, welcoming two different types of players. An example to follow ?

If World of Warcraft has evolved over time, its original content is still very convincing today. WoW Classic, however, suffers from some archaic mechanics that could discourage some, but that's also what makes it so charming. A real trip to the past that reminds us why this game had so much appeal when it was released.