Best sites to watch streaming movies on the internet 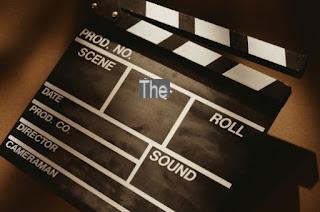 Streaming movies is always a highly sought-after topic on the internet, since we can now find everything on the net.
Watch movies on the internet, on your PC or even on TV (connecting the PC to the TV or using il chromecast), is a great convenience, because we can choose the film or show to watch without having to wait for it to be broadcast by a TV channel.
The big problem for those who want to watch movies online and who often do not know where to look, risking to end up in dangerous websites full of viruses and malware, which open popups and downloads of malicious programs with each click. If we look for something simple, safe, legal, without deception and without danger for your PC and personal data, we carefully avoid pirated streaming sites and rely on legal sites to watch movies in streaming.
In this guide we will show both the top sites that offer free and legal streaming movies, both services that offer films upon payment of a monthly subscription.

Sites to watch movies in streaming

There aren't many sites that offer free movies within the law, plus we shouldn't expect the movies recently released in theaters. But with a bit of luck we can find films already broadcast on standard TV channels or that the rights have been acquired by one of the sites listed below.

RaiPlay, the official Rai site allows you to watch the broadcasts of the channels live from your PC and also offers a section of the site where you can find, in addition to fiction, many free films to watch in streaming, many of which are recent (if broadcast on television channels) .
The page where to find the films directly is available here -> RaiPlay films. 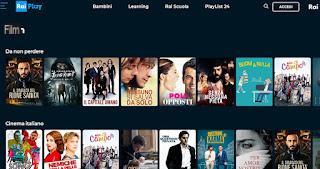 To be able to see the films on RaiPlay it is necessary to register for a free account; if we don't already have one, we can get it by filling in all the necessary fields on the registration page.
If we want to watch these films on smartphones or tablets, just download the RaiPlay app on Android and iPhone / iPad.

VVVVID is an online TV full of recent films, serials and cartoons of Japanese origin (it is in fact the best free site for those who want to see Japanese cartoons), but also with some American films. 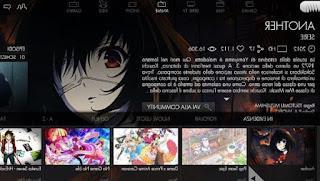 The site requires you to register for an account (free) and divides the various channels by genre, so you can easily find a movie or show to watch.
Of VVVVID there are also the app for Android and the app for iPhone and iPad.

Mediaset Play is the site that offers on-demand streaming many Mediaset movies and fiction (but also many Universal Studios films), which can be enjoyed online without limits. 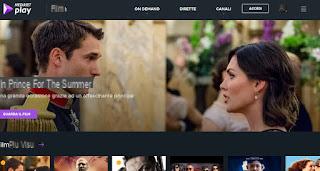 The only request is access through a free account, which we can subscribe to anywhere on the site by clicking on the button Log in (also present at the top right) and then on Register.
If we want to watch the films of the Mediaset site from a tablet or smartphone, just download the app for Android and for iPhone / iPad.


Sites to watch movies in streaming for a fee or subscription

After seeing the sites that offer free streaming movies, we see in this section the Web services that offer paid movies or upon payment of a monthly subscription.

Paramount Network is similar to RaiPlay and allows you to watch the films broadcast by the Paramount Digital Terrestrial TV channel for free on the internet. It has a nice catalog of great cinema classics, freely visible online on PC or smartphone or even Smart TV, without any account registration and without advertising. Just choose and click to see.
From the Video section of the site it is also possible to find some complete TV series to watch or review.

Amazon Prime Video is a site for movies and TV series in streaming in first run and in In your language. Over time, the platform has added more and more new films (even less than a year old in the cinema) and presents a great variety of exclusive TV series. 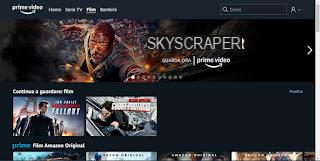 We have reported it as the first choice among the paid services because the subscription is very convenient, being included within the services offered for Amazon Prime customers (therefore only € 36 per year, also considering all the others advantages of Prime).
If we want to enjoy the contents of Amazon Prime Video from a smartphone or tablet, just download the app for Android and for iPhone / iPad.

Netflix it is perhaps the most famous streaming site, the one with the most content, even if it is mostly dedicated to those who love TV series (there are many exclusives produced by Netflix itself). 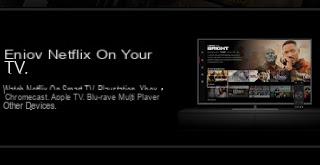 However, there are many successful films, which are constantly updated in order to offer the best experience for the user. Netflix also has magnificent usability, the highest video quality ever (full support for 4K HDR), also works with slow internet connections, has its own apps for iPhone and Android and supports Chromecast to watch movies even on TV in Wifi.
The Netflix subscription starts at € 7,99 per month for the basic subscription (one user and no HD), up to the most expensive subscription (€ 15,99 per month for 4K HDR and up to 4 devices in simultaneous display).

Disney + is the most recent streaming platform released in the city, with exclusive Disney movies and TV series, including old and recent animated films (Mickey Mouse, Snow White, Oceania, Frozen etc.), with the Pixar catalog (Toy Story, Monsters Inc etc. ), Marvel movies and TV series (including the Avengers movie), the Star Wars series and the Simspons. Disney + therefore has content that is more suitable for children, in fact there is no TV series and films forbidden to children under 14. 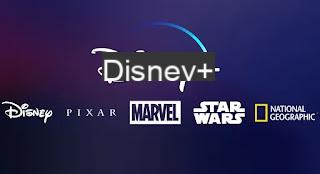 The Disney + subscription, for now, is still very convenient, only 7 Euros per month (3 Euros for TIMVision customers). You can watch Disney + on PC at Disneyplus.com, on Android, iPhone and all Smart TVs and Fire Sticks.

Infinity by Mediaset presents many films and TV series, including premieres and numerous blockbusters at the cinema. 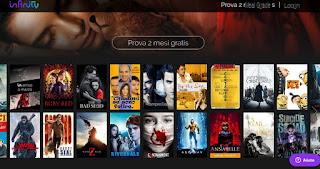 If we love cinema of any genre, this is one of the best sites to subscribe to to see movies at home. Infinity also has its own mobile and tablet apps and supports TV viewing via Chromecast; we can download it for Android and for iPhone / iPad.
Infinity also has a great subscription price, it starts from € 7,99 per month to get toannual subscription from 69 €.

NOW TV allows you to access the films on the platform and some channels that broadcast the films non-stop without the need to have the dish, all via the Internet. 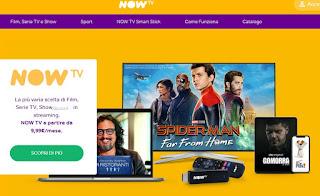 By activating the subscription we will be able to see the films offered on-demand (many of the latest cinema hits) and at the same time access the Sky Cinema channels offered in streaming (lower quality than satellite, but still acceptable to be seen on Full HD TV).
The subscription price is € 9,99 per month, by choosing to activate only Cinema tickets (thus unlocking all the films in the catalog).
If we want to view movies on smartphones and tablets, we recommend that you install the apps for Android and for iPhone / iPad.

Timvision is a bit the revelation of this list, rightly snubbed for years and even without an exceptional catalog of films and TV series, it asserts itself for the lowest price compared to the competition: just 5 Euros per month for all and 3 Euros per month with the offer to TIM subscribers which also includes Disney +. In addition, Sky channels are also included with TimVision.
Furthermore, with TimVision you have free access to some Sky channels (Sky 1, Sky arte, Sky tg24, Sky sport24) and also to the Eurospot channel, all included.

MyMovies Live is a streaming movie section of the MyMovies site, the most important for cinema. 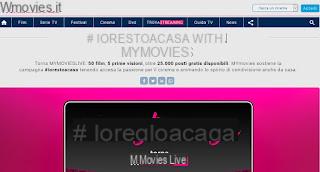 The Live section provides the possibility to register for a free account and to see the films as they are broadcast or to reserve a seat for live events. By paying for the Premium subscription, which costs € 1,99 per week or € 6,90 per month, you can instead watch all the movies in streaming without limitations.

Movies for rent, movies for sale and where to find specific movies

To finish the talk about streaming movies online, if you want see a particular movie once in a while, you can take advantage of the online movie rental services like Google Play Movies, iTunes, TimVision, Chili and the special section of films on demand on Youtube.
In these web portals it is possible to choose a film and pay it individually 2 or 3 Euros (to watch it via internet on PC or TV) as was done with Blockbuster.

Finally, taking advantage of the site's features Findstreaming it's possible find out the platform where a specific movie is and get the programming of the major online streaming sites.
The Vodkey site is similar, but specializes in the most important movies that can be watched for free online every week.

If we have to stay at home and we don't know how to pass the time, we can rely on one of the sites seen above, so that we can always find a new film to see even for free. The best films are obviously present on the paid platforms and, spending little, we can easily cover even 2 or 3 weeks in a row. To find where all the various movies are available, including free sites, rental sites and subscription sites, we can check the site JustWatch, which is a kind of TV guide for streaming on the internet.
Not to forget, then, i free streaming sites in English, including Plex Movies.

To stream movies from PC to TV, we recommend that you read our guide on how Watch streaming videos and movies from your PC on TV with Chromecast.
If, on the other hand, we wanted to see traditional TV channels live via the Internet, we can read our article on Live streaming TV channel sites on the internet.

Best sites to watch streaming movies on the internet