Flight Simulator lands on Xbox Series X∣S: the next generation has its very beautiful game

Starting this Tuesday, July 27 at 17 p.m., console players and Xbox Game Pass subscribers will be able to enjoy the Xbox Series S∣X version of Microsoft Flight Simulator, almost a year after its release on PC. Rather successful takeoff. 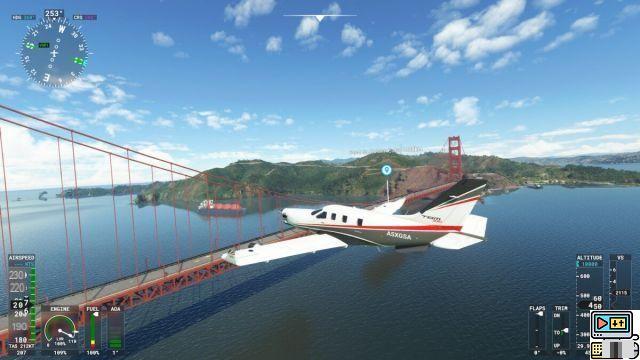 Casually, it was probably the biggest technological bet for the Xbox Series S∣X since their advent: to bring to console a game as impressive, demanding and resource-intensive as Microsoft Flight Simulator.

The simulation has dazzled all observers since its arrival on PC last year, relying on the power of machines, that of Microsoft Azure servers or even the visual and technical demonstration of Asobo's know-how. Studios. An explosive cocktail that has offered itself a new challenge by attempting to land on console.

Even the Xbox One X, despite all its power for the previous generation, is not strong enough to take the shock. The question then arises about his heirs.

Available from July 27 at 17 p.m., on the Microsoft Store or in the Xbox Game Pass for subscribers, Flight Simulator requires advance planning to be downloaded on the Xbox Series X and Series S. To load the full version of the game and the one to play offline, count 100 GB. It will also take more space for available content extensions, often updated geographical areas of the world (including Paris to have it in photogrammetry especially). 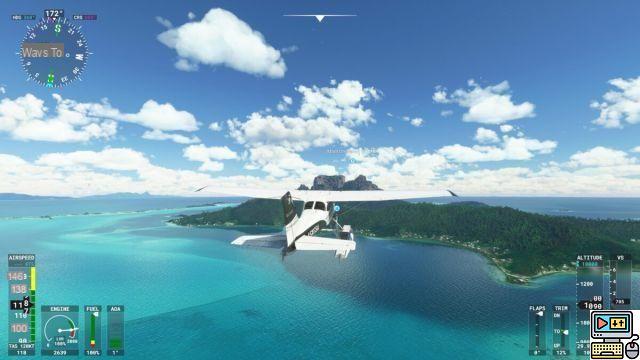 So plan some time before playing. The best is really to preinstall the game from the Store or the Game Pass space to save time.

The game offers several game modes as for its PC version: 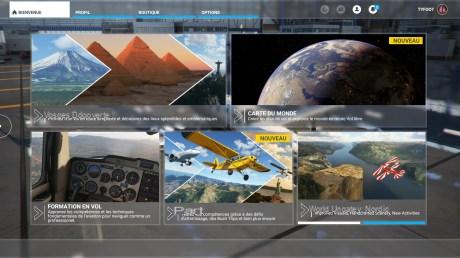 The interface of Flight Simulator on console // Source: Xbox 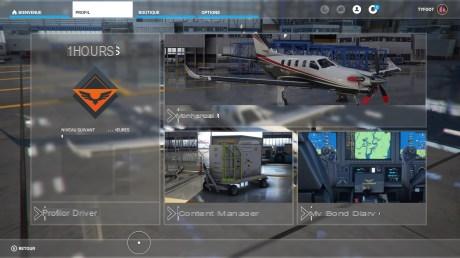 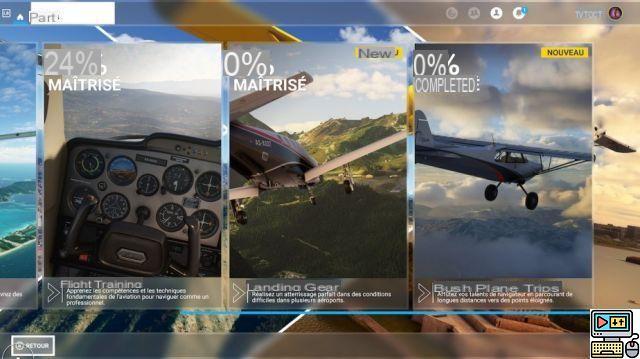 For the occasion, the console version of Flight Simulator benefits from a new tutorial system. You can always choose to play with a controller, with a keyboard-mouse combo or the first compatible accessories.

The game will also allow you to play with friends and family, whether on PC or console thanks to the arrival of cross-play and cross-save on the different platforms. If you plan to take advantage of the multiplayer mode afterwards and meet other players in the sky, you will need to have the subscription to Xbox Game Pass Ultimate or Xbox Live Gold.


To learn more
Cheap Xbox Game Pass Ultimate: How to get half-price subscription

A successful tutorial to tame piloting

If you've never gotten your hands on the PC version or are completely new to flight simulation gaming, the Asobo-designed tutorial is very well done, easy to understand, and intuitive enough to quickly pick up the controls. . You will start your "training" on a Cessna 152 to learn the basics of take-off, landing, piloting and dozens of information to assimilate before taking to the air.

Once past the critical, even stressful ordeal of trying to get the plane off the ground without crashing it so dry into the tarmac (my God, what anguish to see it nose dive!), it's a magnificent trip above the Earth coming to life. The almost 40-year-old franchise is experiencing a second youth with the title shaped and brought to light by the Bordeaux studio. 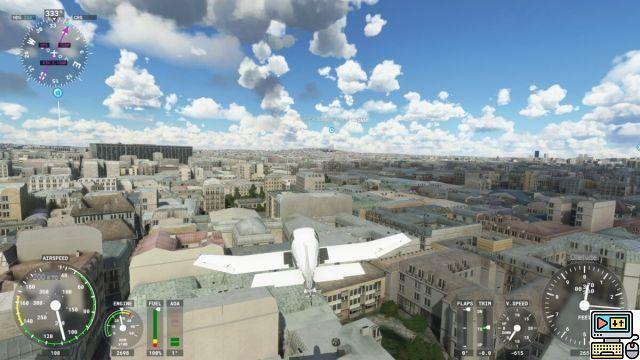 Flight Simulator is not only a technical feat to succeed in taking so many elements into account (cartography, use of the cloud, AI, faithful reproduction of the world, buildings and landscapes in a living world, integration of the weather in real time, the sky map, other planes in flight, etc.), but it is of a sumptuous beauty.

As much to say it right away: it is not as beautiful as on PC. It would be difficult to look so good, and it is not an insult to the Xbox Series X and S to say that. Just the observation that they still lack a little nothing so that the portage is 100% the same. But the result is magnificent for this generation. In this, the game is respected for its passage on consoles. And the Xbox Series X does not suffer from it. At no time did she stick her tongue out in flight or blow out all her pain. It must be said that the definition is reduced to 2560 x 1440 pixels for a framerate down to 30 fps. A figure that would also be lowered on Xbox Series S (1080p) where the testers were impressed to see the game run as well (we tested it on Xbox Series X).

The title has been optimized to meet the demands of next-gen consoles. Asobo and Xbox have also announced that the PC version will also benefit from an update to improve its performance on Tuesday.

A very successful port without sufferingSpain for the console

The result on console is very pleasant, fluid and the experience even with the controller is convincing. We like to fly over the world, to choose our destination for a simple stroll and to be amazed. If you were afraid to try your hand at the PC version fearing its complexity, the Xbox Series version is an excellent approach and makes the playful side and the pleasure of discovering the world speak above all.

And we still applaud with both hands the work of the Asobo teams who manage to take advantage of the internet connection to offer a complete experience and undoubtedly the first really beautiful game using the full power of the new machines. So certainly, it is not a dynamic and complete game to run the Xbox Series at full speed. But Flight Simulator has the merit of putting them to the test technically and graphically, just to see what they really have in mind. And the bet is successful. 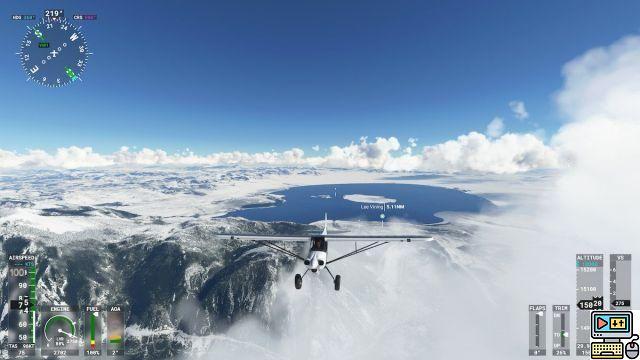 The game also has an offline mode if you don't want to see the data counter climb too quickly and affect your subscription, your internet speed or other. It adds up very, very quickly. But don't be surprised to see the graphics quality a little toned down as well. It is also possible to deactivate certain parameters of the game and the procedural generation side of the world before your eyes then disappears, as do the additions of cities and zones in photogrammetry.

Note that if you are the proud owner of a VRR (Variable Refresh Rate) compatible screen, your framerate will be automatically unlocked.

Microsoft Flight Simulator is available on PC on Windows 10, Xbox Series X∣S and on Steam as well as for Xbox Game Pass subscribers. Microsoft has hinted that Xbox One consoles may eventually benefit as well thanks to… xCloud and the power of next-gen consoles boosting the cloud gaming service. 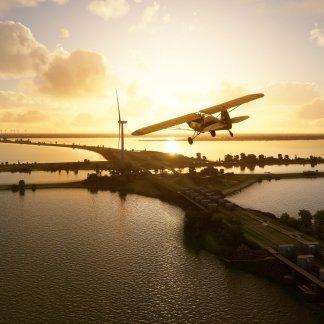 July's Xbox Game Pass continues to slowly fill up. After Space Jam, The Medium or Limbo, Flight Simulator finally lands on the latest consoles. The Ascent signs its arrival “Day One”. Battlefield V…

Audio Video Flight Simulator lands on Xbox Series X∣S: the next generation has its very beautiful game
Flipboard: 7 tips and tricks to use it like a pro ❯

add a comment of Flight Simulator lands on Xbox Series X∣S: the next generation has its very beautiful game