FloC: everything you need to know about replacing Google Chrome advertising cookies 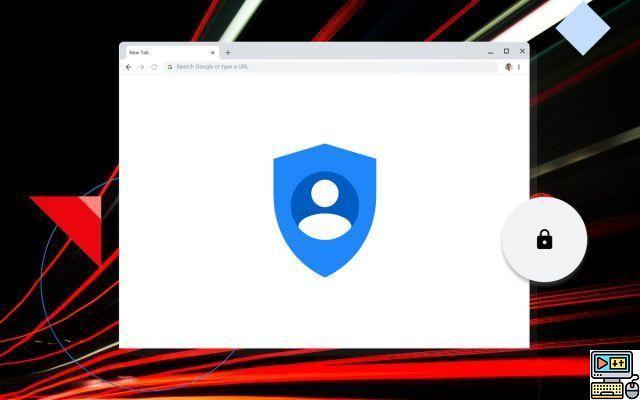 A few weeks ago, Google announced that it would stop supporting third-party cookies on the Chrome browser from 2022. This decision will obviously change the way companies track their users on the Internet. So, will the Mountain View company stop tracking its users? Of course not: Google will replace third-party cookies with FLoC, or Federated Learning of Cohorts. We tell you everything.

With the decline of cookies, in part due to many browsers blocking third-party cookies by default, Google wants to offer another way to track user data for targeted advertisements. This is where comes in flock, one of the proposals of the Google community and open source initiative named Privacy Sandbox, which aims to help publishers better respect the privacy of users.

Born in the premises of Google Ads, Federated Learning of Cohorts (Federated Cohort Learning) or FLoC is therefore an ad tracking system on the Internet provided by Google. He sits like an alternative to cookies. Google launched testing of the feature on some Chrome users as early as April 2021 and plans to roll out its new system permanently by the end of the year. So what is it and what to expect?

At a time when the constant tracking of Internet users encourages them to no longer accept the collection of their data, the giants of the Web are looking for a new model, a new strategy. If Apple already offers tools to fight against tracking with App Tracking Transparency, many other players are looking for another way to track users.

FLoC is Google's alternative to third-party cookies, based on machine learning. Meaning Federated Learning of Cohorts, this will – in theory – allow any internet browser to anonymously study how users browse the web.


Google Chrome users will be grouped into "cohorts": a group of individuals who share the same interests. The goal being to deliver targeted ads to them, but collectively, rather than individually. Advertisers will then be able to see the behaviors shared by people in the same cohort, but without being able to identify them individually, because each person's browser receives an anonymized identifier. These anonymized identifiers (called Cohort ID, sometimes renamed FLoC ID) will be recalculated every week, providing each time a new summary of online user behavior.

For example, a cohort might consist of thousands of people who have recently visited websites about gardening and foreign travel; another cohort may be a group of people who have recently visited cooking and hiking sites. Each individual's browser uses FLoC technology to determine which cohort best matches their recent web browsing history, and then advertisers collectively serve ads to each cohort.

To summarize, Google Chrome generates "cohorts" of users with similar browsing histories. Then, advertisers serve ads to these cohortsMore without recognizing the individuals who appear there. Thus, cohorts are not based on who the individuals are, but rather on their collective interests, with the goal that advertisers can deliver relevant ads. Google says that since there will be thousands of people in each cohort, no one person could be selected from the group and associated with their unique browsing data.

What do Google and advertisers think?

In fact, FLoC already offers a conversion level per dollar of around 95% compared to traditional cookie tracking. A figure that appeals to advertisers and demonstrates that it is an effective solution for generating targeted audiences by area of ​​interest. Most major groups, such as Amazon or Microsoft, have so far remained silent on this subject.


What do the detractors think?

While being placed in a cohort theoretically allows one to not be individually identified, privacy-focused browsers DuckDuckGo, Brave, and Vivaldi all have warned users about FLoC. All declared that they were going to block it on their side.

Indeed, the developers of DuckDuckGo have pointed out that Google has left Chrome users no choice. FLoC will not be an option: it will be a requirement to be able to use Google's browser. DuckDuckGo added that in response to automatic activation of FLoC by Google, the blocking of trackers on their own Chrome extension has been reviewed and fixed to block all FLoC interactions on websites.

Brave Software teams also said they will block FloC and have it already disabled on the Nightly version of Brave, on PC and Android. “The worst aspect of FLoC is that it invades users' privacy, claiming that it's privacy-friendly,” the browser's founders said in a blog post. The same is true for WordPress, whose infrastructure for 41% of websites is based on this CMS. The tool already offers to deactivate FLoC by default.

Thus, FLoC may "exacerbate many of the worst privacy issues associated with behavioral ads, including discrimination and predatory targeting," the Electronic Frontier Foundation said in a statement. Despite this massive outcry, Google has been testing FLoC on Google Chrome since the second quarter of 2021 and should put it in place definitively by 2022.


How do I know if I am affected by FLoC? How do I withdraw and how not to be touched?

To find out if you have been assigned a Cohort ID, go here. If so, the only way to opt out of FLoC in Chrome is to disable third-party cookies from the browser. This may reset your preferences on some sites and break features such as single sign-on.

The other solution to not be affected by FLoC in the immediate future is to use another browser like Firefox, as well as Chromium-based browsers like Microsoft Edge or Brave, which currently don't have FLoC active. Neither does Safari, if you're using macOS.

And if you're a website owner, your site will automatically be included in FLoC calculations if it accesses the FLoC API or if Chrome detects that it's serving ads. You can disable this calculation by sending the following HTTP response header:

Find all the official information about FLoC at this address.

The ability to speed up or slow down a video on YouTube can be very useful. It was possible to do this in the web version of the platform for a while...Google Chrome includes a reading mode that allows you to consult a page in optimal conditions. The functionality, however, is hidden in the bowels of the browser. In this tutorial,…Google Chrome records everything you do while browsing the web. If you want to browse without leaving traces, here's how to clean up your browsing history. The Messages application on Android offers you the possibility of sending SMS, MMS and also RCS chats from a PC or Mac. To use this feature, just…
Audio Video FloC: everything you need to know about replacing Google Chrome advertising cookies
Cheap B&You plan: best mobile offer January 2022 ❯