The Freebox Pop is the name of the latest generation of boxes at Free. This round box and its Player under Android TV 9 are offered from €29,99 per month for one year and €39,99 beyond. Release date, price and technical sheet, we tell you everything there is to know about the box. 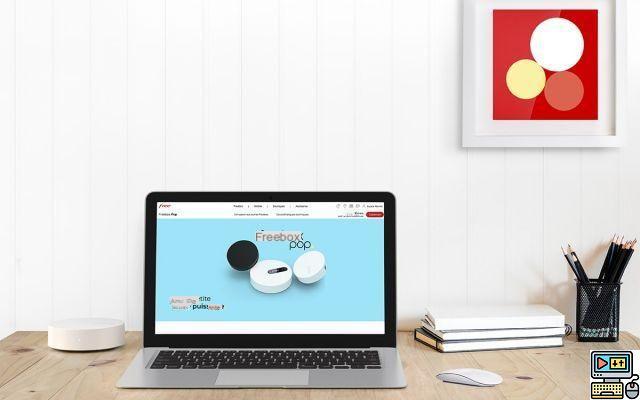 ? What is the release date of the Freebox Pop?

Free presented the Freebox Pop at an event in Paris on July 7, 2020. It is now available for new subscribers on the Free site, but also for those who already have a Free subscription. It is perfectly possible for them to migrate to the Freebox Pop by going to the “subscription” page of their Free account. To date, and despite numerous delivery problems, the Freebox Pop had 1 million copies distributed as of January 1, 2021. 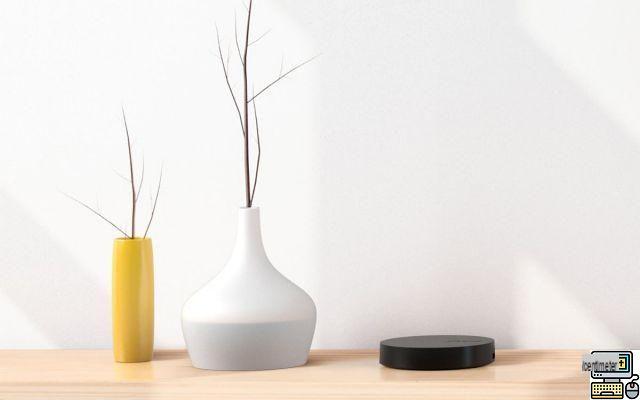 ? What is the price of subscription, commissioning and termination of the Freebox Pop?

The price of the Freebox Pop is one of the most attractive on the market since it is displayed at 29,99 € per month without commitment the first year, then €39,99 per month thereafter.


Note that it is possible to compose your offer as you wish. It is for example possible to refuse the Player box, to avoid waste. If the price of the subscription remains the same, a reduction of €10 on the first month of the subscription is however offered. Also note that you can order multiple repeaters. It costs €20 per additional repeater (up to 3), not including postage. 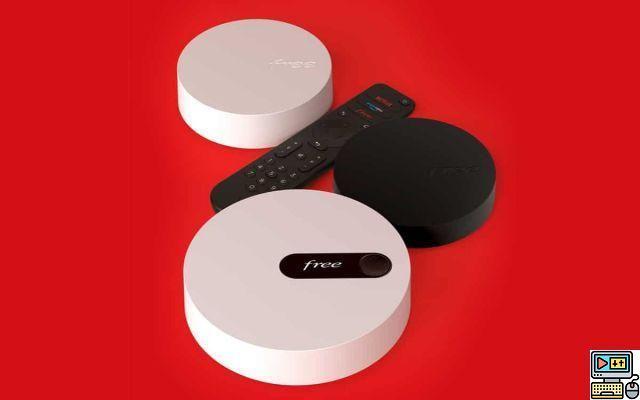 ? Can I migrate from another Free box to the new Freebox Pop?

Yes, it is fully possible to change its current Free offer, in order to opt for the Freebox Pop. Free has set up a page for its current subscribers. The procedure is quite simple and Free is rather generous. Indeed, the manufacturer offers free migration to Pop if you already have a Freebox Mini 4K. No need to pay extra. Postage and shipping costs, which usually top out at 10 euros each, were offered for the first month to get more subscribers to migrate. 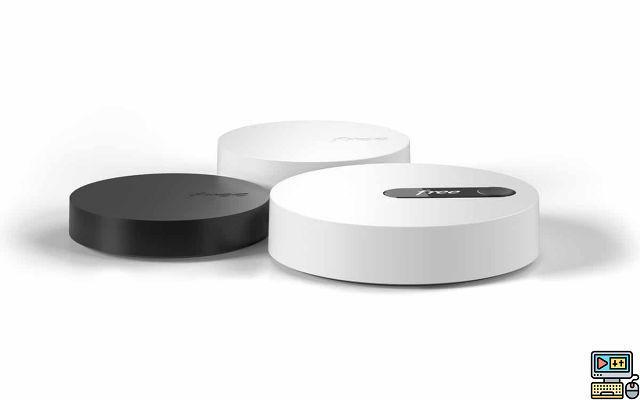 The Freebox Pop consists of a server, An TV box, as well as a mesh wifi repeater. The three extremely compact boxes offer internet access with a download speed of up to 5 Gb/s shared, as well as an improved TV offer under Android TV 9.

The white box is the server. This Camembert has a small OLED display which allows it to display information such as the Freebox Revolution, such as a QR Code to simplify the connection to your WiFi network.

The Freebox Pop is a box fibre. It does not provide access to a speed of 10 Gb/s like the Freebox Delta, but still offers a very comfortable 5 Gb/s descendants et 700 Mb/s uploads. This bandwidth is actually shared, since we benefit from two Ethernet ports at 1 Gb / s and a port at 2,5 Gb / s. In addition, the Wi-Fi 5, which equips the Freebox Pop, does not allow to reach a speed of 5 Gb / s. This downward transfer speed is therefore well distributed between all the equipment in the house. Note that Free does not automatically activate a 5 Gb/s connection with all Freebox Pops. It is generally limited to 1 Gb/s.

Since the beginning of the year, the FreeWifi community network no longer works on the Freebox Pop. This deactivation has since been extended to all Freeboxes. With the massive deployment of 4G and the recent arrival of 5G, the operator believes that the service, which allowed Free subscribers to connect to another subscriber's box, is no longer necessary. 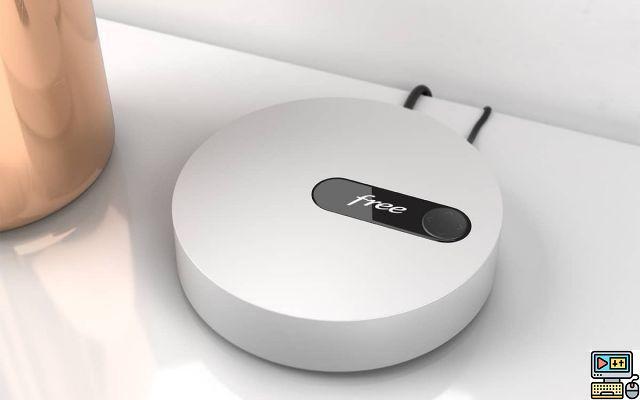 La set-top box, or Player TV if you prefer, is still smaller than the server. We find the same round design as the server, but in a black color. In addition, the Player box does not include no screen. Powered by Android TV 9, it is compatible 4K and with most HDR formats (HDR 10, HLG, Dolby Vision and THC Prime).


On the software side, it is therefore Android TV 9 that we find on this TV box, as well as a brand new TV interface called OQEE. Simpler and easier to access, it offers better ergonomics and improved navigation possibilities compared to what can be found on the mini 4K. This interface provides quick access to any content, whether it's a replay, a series or a film on VOD, and of course a live TV channel.

The box also allows you to watch Prime Video, Disney+, Canal+ and Netflix. Finally, note that the best moments of Ligue 1 will be available for free in the form of extracts. If the matches in their entirety are not accessible, it is still nice to be able to watch the most significant moments of your team. It should also be noted that Canal+ Series is offered for one year, while Disney+ is free for 6 months. 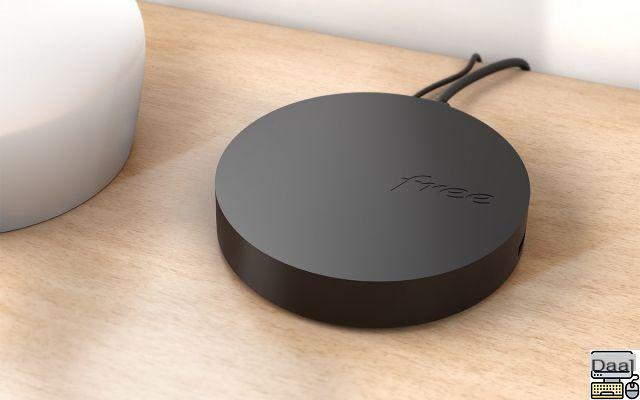 This repeater is a mesh repeater similar to products like the Google Nest Wifi. It makes it very easy to improve the coverage in your home, without having to configure anything. Just plug in the repeater to immediately enjoy an improved WiFi network. An LED helps position the repeater in the ideal location. It is possible to add as many repeaters as you wish to strengthen your connectivity. A repeater is included with the Freebox Pop. Note that it will cost you 10 € per additional repeater, the sum corresponding to the shipping costs. 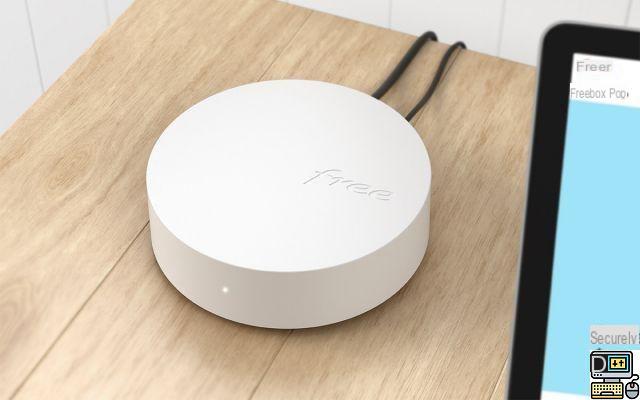 ⚙️ What is the technical sheet of the Freebox Pop and its Player?

Only part of the technical sheet of the Freebox Pop Server and Player has been revealed:

There is no need to connect to the usual 192.168.1.1 address to configure the Freebox Pop. Three very comprehensive ways allow you to customize the operation of the server. Firstly, Freebox OS, which you find with all Freeboxes and not just with the Freebox Pop.

Freebox Pop is a virtual office that brings together several "applications" to adjust your IP connection, launch downloads, consult the files present on the Freebox (or on the hard drives connected to it), create user accounts, verify the identity devices connected via WiFi or consult the interactive program guide. Freebox OS was updated at the end of June 2021. This update is almost purely aesthetic. 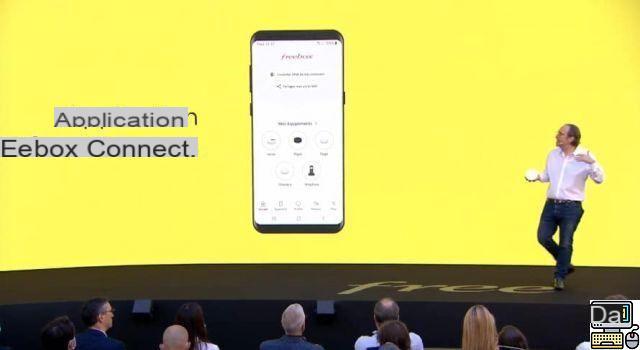 Second way to configure a Freebox Pop: the smartphone application Freebox Connect. This not only allows you to manage your server, but also to adjust many aspects of the operation of the Freebox Pop. Practically all the functions offered by Freebox OS are integrated into it, grouped together in a more playful and intuitive way. However, the most advanced functions are absent.

Third way, the smartphone application Freebox. It was initially developed to accompany the launch of the Freebox Delta, but it also works with the Freebox Pop. However, certain functions dedicated to the Freebox Delta will be inaccessible, such as viewing television channels remotely. This function is provided by the OQEE application for iOS, iPadOS, tvOS and Android. This was unveiled on July 20, 2021.

The Player box comes with a new remote control. Above all, it has three buttons to directly access Netflix, Prime Video or the new TV interface of the box. 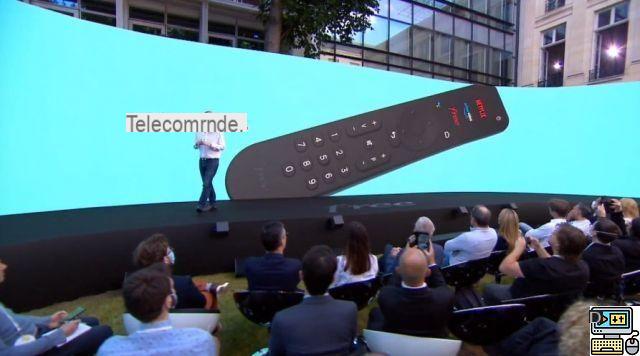 The television function of the Freebox Pop is provided by an application called OQEE by Free. It is accessible directly on the Android TV home screen. This application provides access to the Free package (550 channels, including 220 free), as well as the main Replay services, recordings made on the virtual hard disk (100 GB free, then it becomes chargeable) and the controls of the direct: pause, return to start, etc.

This application developed on Android TV for the Freebox Pop was rolled out in July 2021 on four other operating systems: tvOS for Apple TV 4K, iOS for iPhones, iPadOS for iPads and Android for smartphones and tablets. This application provides access to all of OQEE's usual functions and even to resume viewing content started on another screen. Thanks to it, a subscriber can watch OQEE programs even away from home. And it benefits from multiple screens, without the Multi screen option. The app allows up to 5 simultaneous connections maximum.

Finally, note that you have the choice of Player with the Freebox Pop. If you have mostly Apple devices, you can buy an Apple TV 4K from Free. Its price is 96 euros, or 2 euros per month for two years. OQEE is pre-installed. It connects itself to the WiFi network of the Freebox. And it comes with a specific remote control. The price of the Freebox Pop subscription does not change.

? What is the connection of the Freebox Pop?

The three boxes unveiled by Free have fairly complete connectivity: 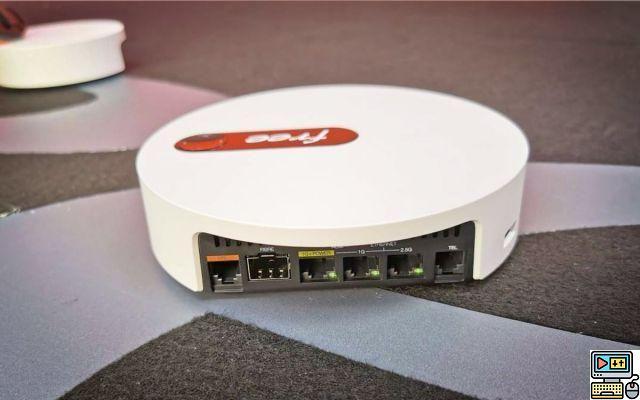 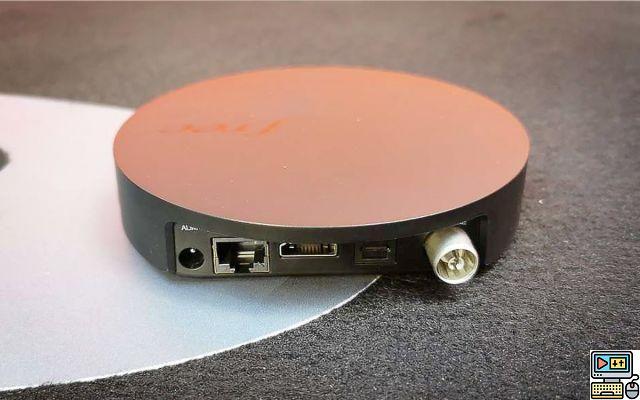 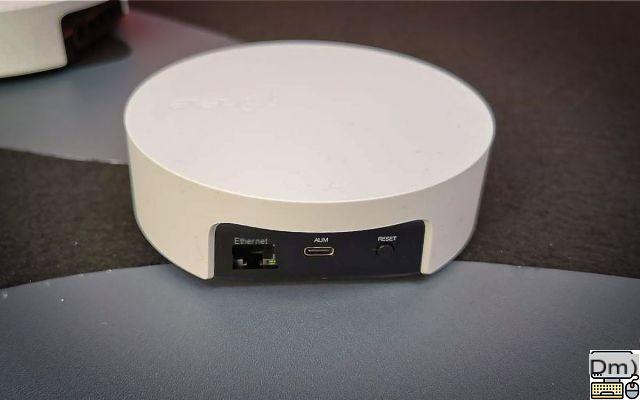 ? What box does the Freebox Pop really replace?

Xavier Niel had announced during the launch of the Freebox Delta that the launches of new boxes would now take place “every two to three years”, instead of the eight years which had separated the release of the Freebox Revolution and Delta. The Freebox Delta and One having been unveiled in 2018, we could expect a new high-end box.

But while we thought that this box was going to replace the Freebox Mini 4K, it seems in the end thatit also succeeds the Freebox Revolution. In May 2019, during the Capital Market Days, Xavier Niel had indeed affirmed his desire to find a more accessible “center of the range”. He then spoke of an “extremely disruptive product on the landline”. 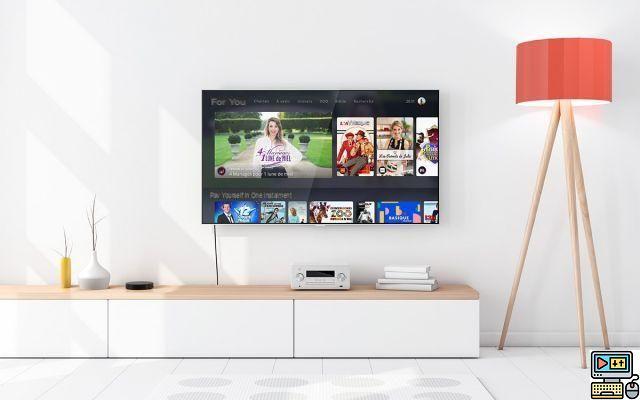 Free has since updated its site, and we can see that the new offer does not ultimately replace any existing offer, at least for the moment. What do you think of the Freebox Pop? Share your opinion in the comments!

? Our impressions of the Freebox Pop in video

add a comment of Freebox Pop: release date, price, technical sheet, all you need to know