GTA 6 attracts all the attention of fans of the saga. Information and rumors about him are already starting to appear on the web. It's time to take stock of everything we know about the future big production of Rockstar Games. Price, platforms, release date, gameplay details, find everything you need to know about GTA 6 here. 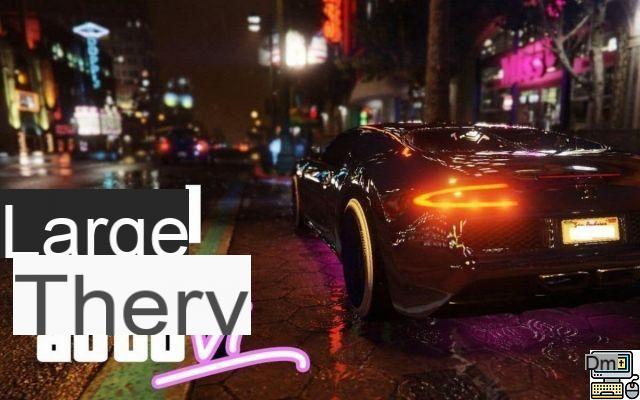 GTA 6 could finally be released in 2023, fans don't know where to turn 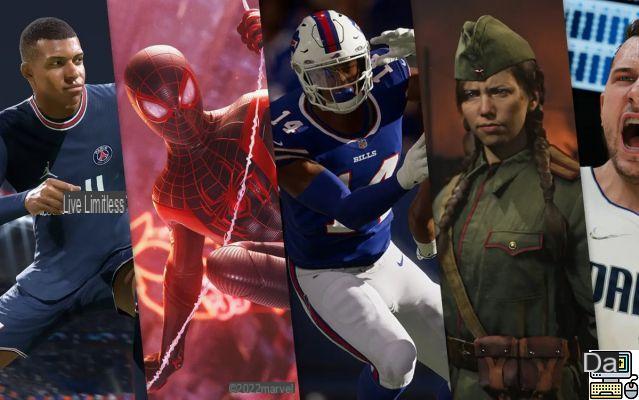 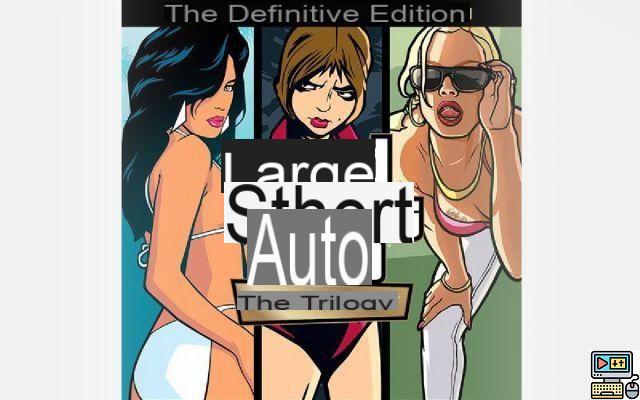 GTA The Trilogy Definitive Edition: where to buy it at the best price? 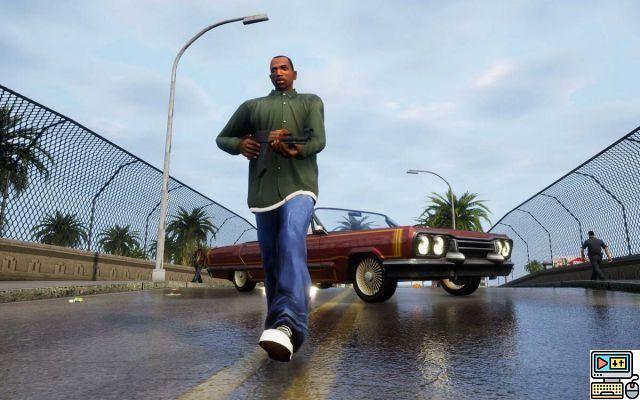 GTA The Trilogy: Rockstar releases a big update to fix the many bugs

GTA 6 is of course one of the most anticipated games by fans of the saga and Rockstar productions in general. In early 2020, the studio confirmed that the game was well under development. You will be able to find in this regularly updated file all the information, rumors and rumors relating to GTA 6, the future juggernaut of Rockstar Games.

What is the release date of GTA 6?

Obviously, no official release date has yet been announced for GTA 6. The game has not even been unveiled, while we know that Rockstar likes to announce its titles for more than a year at advance. It should therefore not be hoped for in 2021, or even 2022.

The VentureBeats site analyzed Rockstar's financial forecasts and concluded that the title should not arrive before 2023, or even 2024. Jason Schreier, the famous Bloomberg journalist, gave his opinion in a since deleted tweet. For him, the COVID has slowed down production at Rockstar enormously and we will have to be patient. For the moment, we are therefore in the dark about the game.

Still, the players are visibly on edge regarding this issue. In response to Jason Schreier's tweet affair, Netflix posted this joke: "Basically, what's next for GTA VI." There followed a tidal wave of responses, some even interpreting the pseudo-information at face value. Proof if any that GTA 6 is probably the most anticipated game of the moment.

Finally, according to a leak that seems more credible than others, the next GTA may not be released before 2025. After the disastrous development of Red Dead Redemption 2, Rockstar would emphasize the well-being of its employees, who, rid of the intensive crunch with harmful effects, will necessarily take longer to create the game. This information has been confirmed by Jason Schreier, a well-known and reliable journalist in the video game world.

At the beginning of 2022, a new twist shakes the web. An anonymous analyst from Jefferies Group claims that GTA will be released in 2023, at the latest 2024. His argument is based on the financial forecasts of Take Two, parent company of Rockstar, which aims 14% growth in 2024. According to the analyst, such a result would only be possible with the release of a big game.

What platforms will the game be released on?

Judging by its late release date, GTA 6 would be exclusively for next-gen consoles, namely the PS5 and Xbox Series X. Given the estimated release date, it wouldn't really be the surprise of the century. . However, nothing is yet recorded and we can only assume. 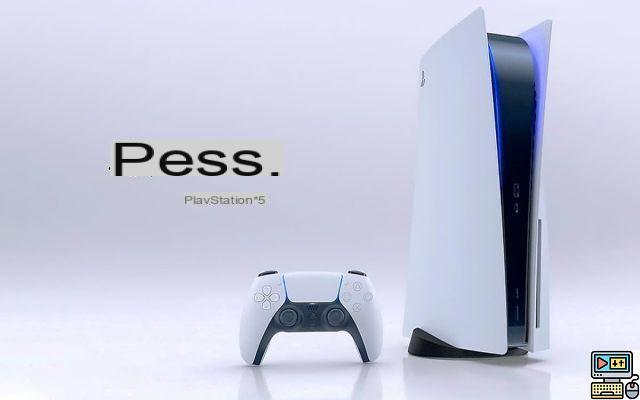 From a technical point of view, it would be amazing to see GTA 6 released in 2023 or 2024 on two generations at once. The next-gen will be well installed by then. As for the PC version, it will certainly take to wait a little. Rockstar has a habit of releasing its computer games about a year after the console release.

Regarding a possible release of GTA VI on the Xbox Game Pass as soon as the title is launched, the boss of Take-Two has made his positions known on the subject. For him, Microsoft's platform is not aimed at "frontline" games, although he doesn't seem definitive on the matter saying that "remains to be seen".

The safest information about GTA 6

On April 15, 2020, the journalist Jason Shreier (always him) published a long article on the crunch culture at Rockstar. He discusses the working conditions on Red Dead Redemption 2, but also the studio's future project, namely GTA VI. This title would be smaller than the previous games, but would be more followed over time.

Rockstar could opt for a GTA Online, Game-as-service type formula. The title could be regularly fed with content in order to keep the players. This change of course would be a direct result of the controversies that rocked Rockstar when Read Dead Redemption 2 was released.

Several articles at the time denounced a very intense and almost obligatory crunch culture at Rockstar. As a reminder, the crunch designates a period of intense work before the delivery of a product. An unfortunately common practice in the video game industry. Since the publication of these articles, Rockstar tries to fix things and review its organization. 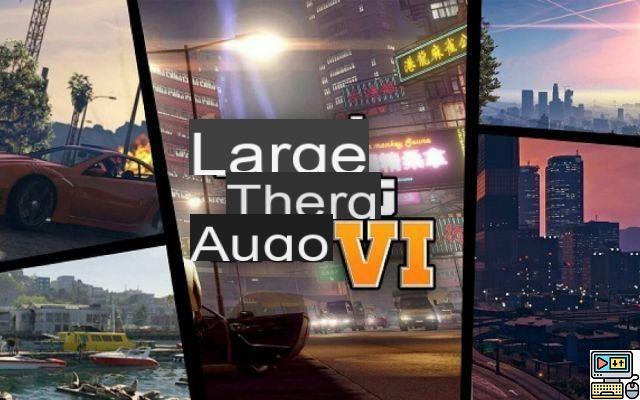 Making a "more modest" game means allowing Rockstar to improve the conditions for development, better manage the schedule and organize the work over time and not over a very short period of time. Just like GTA Online, players will discover the game and return to it regularly to test (and pay?) for new content posted online.

In early 2021, fans spotted a patent filed by Rockstar. This evokes an improved behavior of non-player characters, who would each have their own behavior. A feat made possible thanks to the use of a dedicated server. Nothing says that this patent will be used for GTA 6, but it looks like a serious line of work for the studio.

Finally, let's talk about the game's soundtrack. According to American rapper Snopp Dog, rap legend Dr Dre is currently preparing new tracks for GTA VI. However, it is impossible to know if the titles in question are intended for the compilation of remasters GTA The Trilogy: Definitive Edition, or for GTA VI. Indeed, Snoop Dog contented himself in an interview with saying that a “part of the music” of Dr Dre was linked to the “GTA game that will be released”. So what episode is he talking about? We will find out soon, GTA The Trilogy being available from November 11, 2021.

The latest rumors about GTA 6

For now, there is no official information from Rockstar yet. However, several leaks claiming to know certain details of the game have emerged on the net. Two of them have been talked about a lot. The first appeared on Reddit in June 2019 and the second in May 2020. The first evokes a game strongly inspired by the Narcos series:

In May 2020, a new leak appeared on Reddit, bringing new details, not necessarily contradictory with the information above. It evokes the location of the action of GTA VI, but also several playable characters as well as some elements of the gameplay. 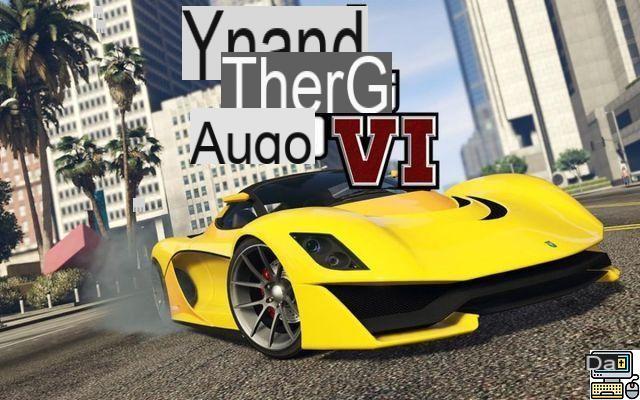 Confusion remains as to the number of playable characters. While GTA V gave the possibility of playing 3 characters, some sources indicate that the 6th opus would present four. Others rely more on two characters including a woman, a first for the saga. This latest leak correlates with information that already surfaced in 2018.

These Reddit leaks are obviously to be taken with a grain of salt. It could only be the fantasies of players who only want to attract attention. However, we notice certain information that keeps coming back, such as the presence of the city of Vice City, which players of old GTAs know well. But beware, because as Jason Shreier says, if a leak is a succession of specific points, it is false.

A good rule of thumb is that if a video game leak is a giant list of incredible-sounding bullet points, it's fake https://t.co/lWHFRv9xZk pic.twitter.com/o9SZWcQPuJ

Tom Henderson, a well-known insider, has claimed that Rockstar is considering incorporating a new currency system into the game. It would be inspired by Bitcoin.

There is no question here of using “real” cryptocurrencies to buy in-game items, since it would actually be a virtual currency directly incorporated into the universe of the title. A way to parody the crypto craze that has currently gripped the Internet. Thus, in GTA 6 we could have two distinct currencies: dollars and Bitcoin (or similar).

In October 2020, a supposed map of GTA 6 has been circulating on the net, or at least part of the map. We can see a mountainous island with, on its western side, a large city. By its geography, it could evoke Rio de Janeiro, mentioned above. 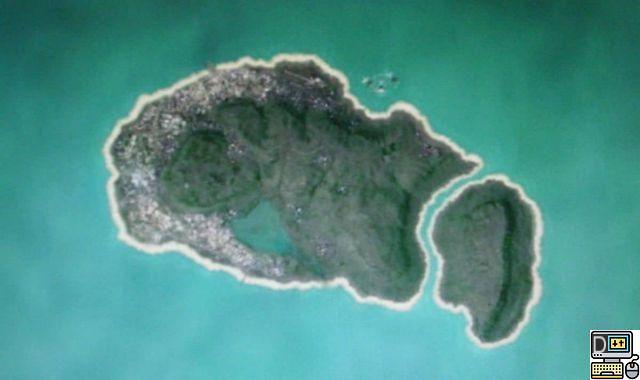 More so, this island resumes the shape of a part of the map which had leaked a few months ago. You could see Vice City, the island in question, but also another island as well as archipelagos. This could therefore corroborate the thesis of a GTA 6 with Narcos sauce. However, it is necessary to relativize. These two cards have all the characteristics of fakes. Bad, what's more. 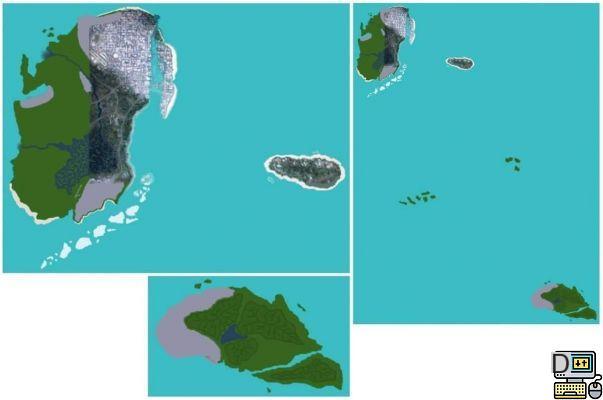 A game designer analyzed the map and pointed out everything that was wrong. The city of Vice City, for example, is very poorly made, with no freeway interchanges inside the city to circulate easily, without port areas and without canals. “Rio Island” is also very monotonous in terms of game design, especially because of the beach that surrounds it. Rockstar likes to “break up” its environments to make them more interesting. In summary, this map, if it is real, is the work of lazy and unimaginative game design, which is not the case for the developers at Rockstar. Ultimately, this card has every chance of being fake, but you will certainly see it running a lot on the web.

Another segment of the map, this time revealing the southern part of the island, appeared on 4chan in May 2021. This photo follows 3 others showing the same map, which reignites the debate around the veracity of these leaks . These images were all posted by anonymous users, potentially from various sources with access to the same information.

This file is obviously bound to evolve according to official announcements or possible new leaks. We've been waiting for a sequel to GTA V for seven years now, and hopefully Rockstar will give us more information about the sequel soon.

Audio Video GTA 6: release date, price, platforms… all the info
GTA Trilogy: Game Pass or PS Now, you will have to choose according to your favorite game ❯

add a comment of GTA 6: release date, price, platforms… all the info