How to find hidden apps on Huawei

How to find hidden spy apps on Huawei

You suspect that your smartphone is under someone's control spy app? In this case, try to put into practice the tips you find below: if your doubts are well founded, you should be able to find the applications that are monitoring your activities.

Check the list of apps installed on the smartphone 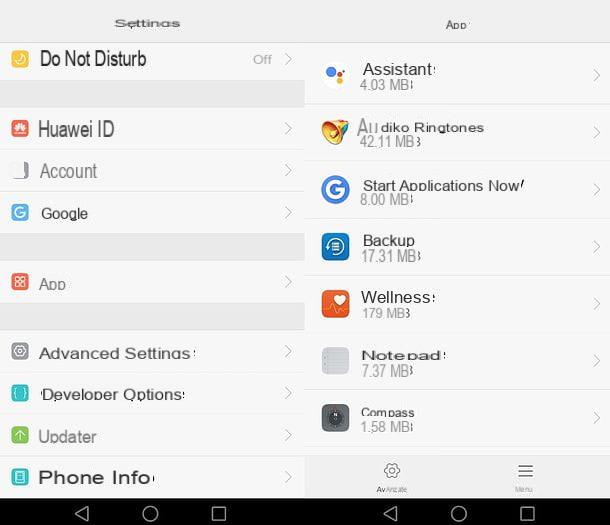 Trivial as it may seem, the first suggestion I give you is to check the list of apps installed on your smartphone, acting from the Android settings: in this way, if some app has been hidden in the drawer but is installed on the phone, you will be able to find it.

Well, to view the complete list of apps installed on your Huawei smartphone, you need to access the menu of Settings (the gear icon located on the home screen) and select the item App from the latter. In the screen that opens, try to carefully analyze the names and icons of all the apps you see: if there is any that seems suspicious to you (remembering that some spy apps hide their name and identity by adopting icons and names that are inconspicuous, such as those of apps for taking notes), carry out a search on Google to verify the actual identity of the apps you deem suspicious and, if your suspicions are found to be founded, uninstall it by tapping first on its name and then on the button Uninstall. More info here.

Please note: by default, in the list of apps installed on Android, system apps are not shown: to view those too (and perhaps be able to identify any spy apps disguised as system apps), press the ☰ button and select the item Show system processes from the box that appears in the center of the screen. 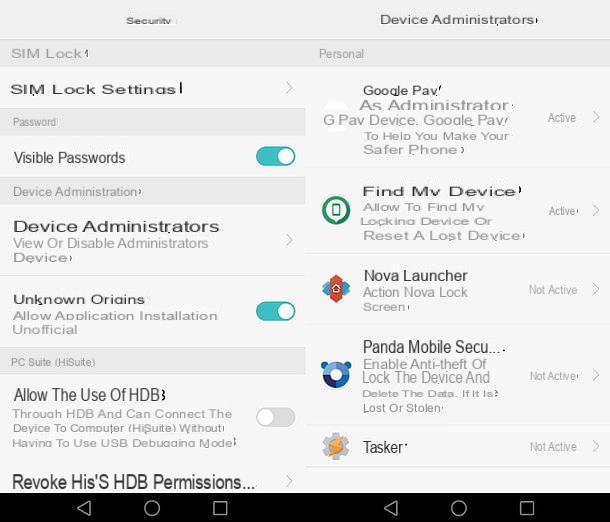 Some spy apps may be so sophisticated that they hide from the list of applications installed on the smartphone. Therefore, I advise you to make a further check: access the list of app with advanced permissions (i.e. apps that have admin permissions on the device) and check there if there are any suspicious items to remove.

To reach the menu with applications with advanced permissions, go to Settings Android (the gear icon located on the home screen) and select the items Advanced Settings> Security> Device Administrators from the screen that is proposed to you.

At this point, if you see suspicious applications (you can make sure of their identity by doing a Google search), select them, press the button disable and then proceed to uninstall them.

If you are using a root-unlocked smartphone, I also recommend opening the application SuperSU and to check the list of apps to which root permissions have been granted: if among these there is any suspicious element, select it and press the icon of the basket, to revoke all advanced permissions. Then proceed with the uninstallation of the app following the standard procedure provided by Android. 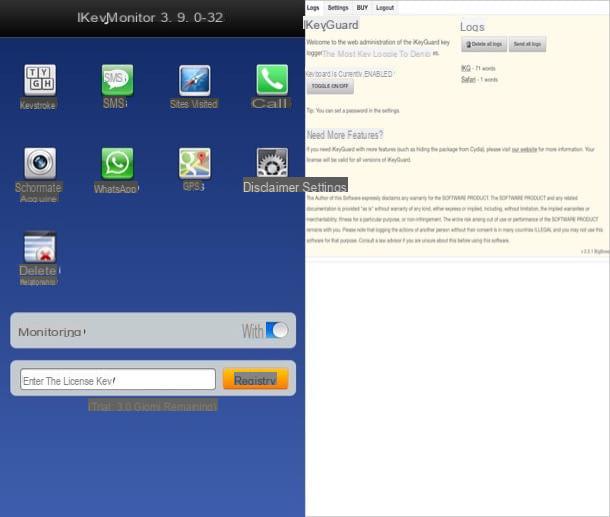 As widely pointed out above, spy apps can have the ability to hide from the home screen, from the drawer and even from the Android settings menu: the only way to find them can be to type some greed speciali or visit certain internal pages, able to reveal its configuration panels and therefore betray its presence on the smartphone in use.

A code widely used by spy apps is that *12345, to be composed within the dialer, that is, within the screen used for dialing telephone numbers. If, by typing this code on your smartphone, you see a screen relating to the configuration of an app appear (perhaps with a password request), it means that a spy app is installed on your device.

Another way to access the spy app administration panel is to open the browser (eg. Chrome) and visit addresses such as localhost: 4444 o localhost: 8888. Again, if you see an app setup screen appear, it means your phone is under control.

Once you have identified the presence of a spy app, if you can access its administration panel (as a password has not been set to protect it), proceed to turn it off, then a make it visible in the Android menu and finally uninstall it.

If, on the other hand, you cannot access the app management panel and, therefore, you cannot remove it, I'm sorry to tell you that the only solution you have at your disposal is the reset the smartphone, resulting in the deletion of data, apps and settings (possibly recoverable through previous backups). For more details on what to do, you can consult my tutorial on how to reset a Huawei device. 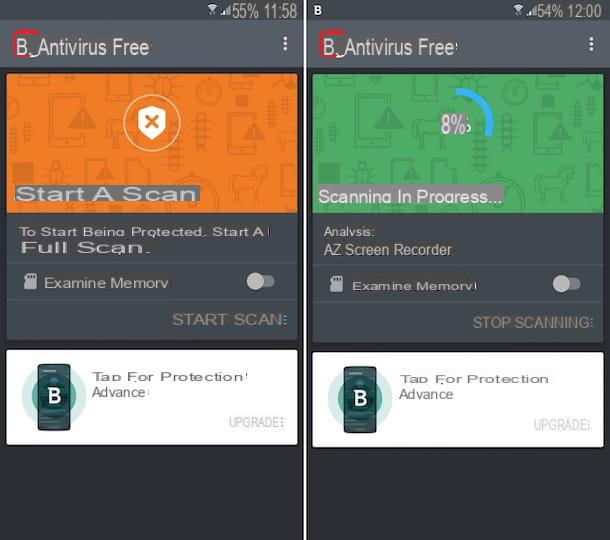 If, after following all the advice I gave you in the course of this guide, you still have doubts about the presence of spy apps on your smartphone, try downloading a antimalware per Android and scan your device with it.

If you don't know which app to rely on, read my guide on the best antivirus for Android and use one of the solutions listed in it. The operation should only take a few minutes.

How to see hidden apps on Huawei

Can't find the icon of an app that you are sure you have installed on your smartphone anymore? Perhaps you have accidentally changed the settings of the launcher, hiding the app in question, or maybe you've installed some applications to hide apps and, after having “fiddled” with their settings, you have hidden some icons from the drawer without wanting it: let's try to face both of these scenarios, discovering how to solve the problem. 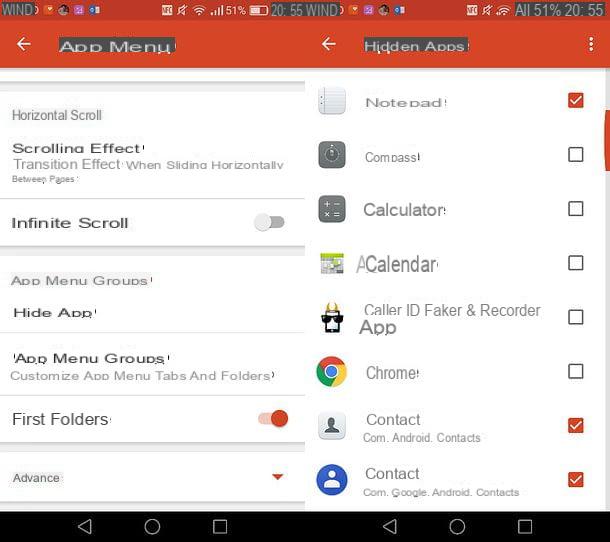 If you use a custom launcher, and more specifically a launcher equipped with the function to hide the apps from the drawer and / or the home screen, I suggest you take a look at its settings: you could, in fact, have activated the function by mistake for hiding apps and hiding the app you no longer find.

To better understand what I'm talking about, I'll give you a practical example: that of Nova Launcher which, in its full version, also includes the function to hide apps from the drawer and the home screen.

To check if you have hidden any apps with Nova Launcher, access the launcher settings by making a long tap on an "empty" point on the home screen and select the icon Settings give the menu to compare.

Successively select the voice App menu from the screen that opens, scroll through the new menu that is proposed to you and press on the item Hide app. At this point, browse the list of hidden apps, locate the one you no longer see in the drawer and / or on the home screen and remove the check mark relating to it: by doing so, you will make the app visible again.

Check for apps to hide apps 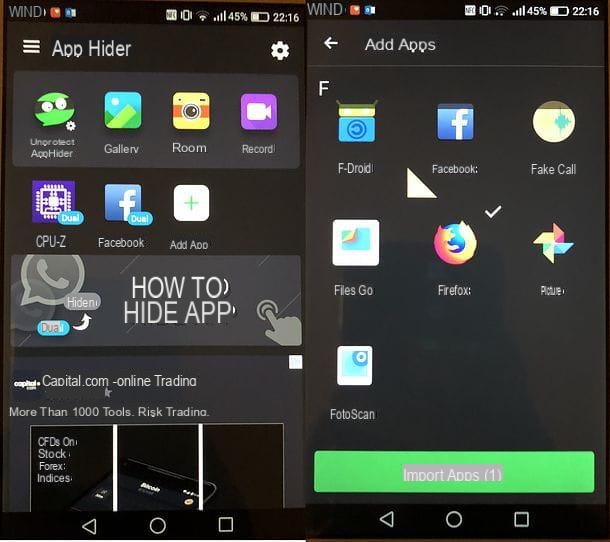 If in the list of applications installed on your smartphone you have also found solutions such as AppHider or App Hider, it is very likely that the icons that you no longer find in the drawer and / or on the Android home screen have "disappeared" because of them: we are in fact talking of apps designed with the express purpose of hiding the icons of applications installed on Android.

So, to remedy the problem, open AppHider, App Hider or any other similar solution you find on your device, type any Unlock PIN of the same, access the list of hidden applications and delete all those you want to return to view in the drawer and / or on the home screen.

If some steps are not clear to you or you want more information on how to hide (and show again) the apps on Huawei devices, read the in-depth analysis I dedicated to the topic: it will certainly come in handy.

How to find hidden apps on Huawei

add a comment of How to find hidden apps on Huawei