How to find Minecraft slimes

What is a Slime in Minecraft 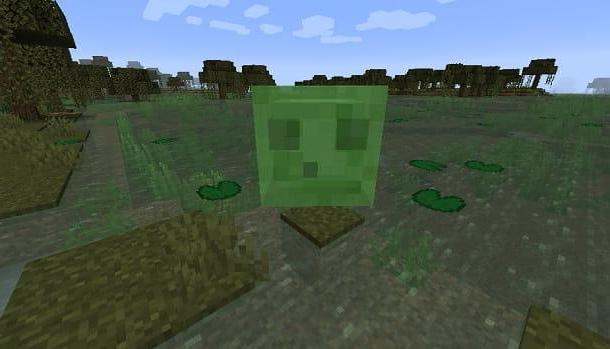 Let's start with the basics. In the world of Minecraft, one Slime it is a cubic-shaped, green-colored creature that moves exclusively by making jumps. This is a hostile mob that will try to attack your avatar as soon as it enters its range (16 blocks away).

The importance of being able to find and, therefore, defeat these creatures is to be able to obtain the Slime ball: a useful resource for the construction of some objects, such as the Leash (useful for taking some Minecraft creatures for a walk), the Slime block and Sticky piston.

The curiosity of these creatures is that they can be of different sizes: there are, in fact, small slimes, with low health and with attacks that do not damage the player's avatar, and larger slimes, harder to defeat and much more dangerous. The level of damage generated also depends on the difficulty set in Minecraft.

Finding the slimes is not an easy task, but in the next chapters I will give you all the information you will need to achieve this goal.

Where to find slimes in Minecraft 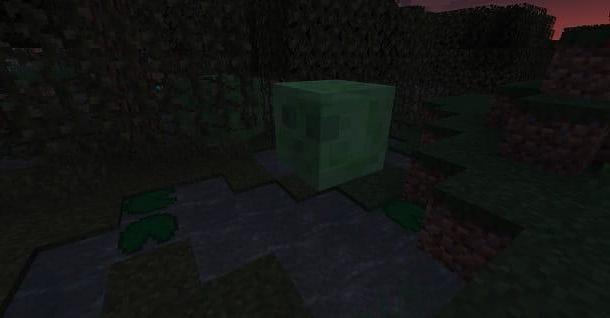 - Slime can be found in two different places: in the swamps And in the “chunk” dedicated to them. Let's go into detail to better understand what has just been indicated.

In Minecraft there are many biomes, even marshy ones. Not all swamp environments, however, spawn slimes and, therefore, you will need to locate one swamp that is not of the hilly type to find these creatures. You can easily recognize this biome by the fact that morphologically the land is flat, covered with a thin layer of water.

Usually, alongside a swamp you can find dense forests where hostile creatures are present. Additionally, you may also find a small elevated hut with a witch in it, at the edge of the swamp.

Slimes are easy to find in the swamp, but only if certain conditions are met. First of all there must be low light and, therefore, the best time is when the moon is high in the sky. Also, there must be no player avatar within a 24 block radius. 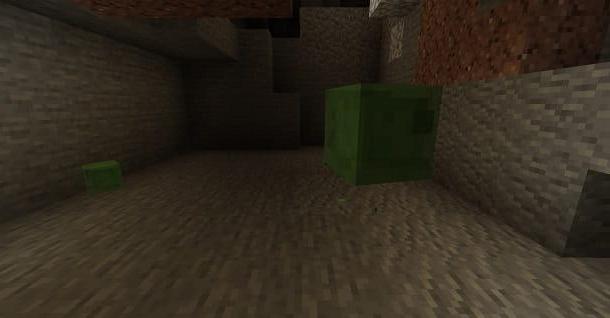 As for i “chunk”, you should know that this term defines a segment of the Minecraft map that has a size of 16 × 16. For Slime chunk, therefore, we define that segment of the map where it is possible to find the Slime.

However, these chunks are found at a depth of about 40 blocks high or less. But how can you find these places? I can tell you that a map can have lots of Slime chunks and, to find them, you have to rely on online tools, like the one you find on the Chunkbase site.

All you have to do is get hold of the Seed of the Minecraft map, enter it in the appropriate field on the site and indicate the version of Minecraft (Java o Bedrock) you are playing. In the lower area, a map will be shown with green dots, which correspond to the slime chunks. By placing the mouse pointer on them, you can view the coordinates and reach these places (also by means of teleportation).

If you don't know how to find the Seed of a Minecraft map, you need to know that on the Java Edition you have to use the / seed command in the game chat, after enabling the cheats. On the Bedrock Editioninstead, this data is available in the pause menu, in the section Settings, to the item Seed.

My advice is to reach the depth of at least 40 blocks or less and dig a room 16 × 16 with height at least 3 blocks and make it bright enough not to make other hostile creatures other than slimes appear. In this case, you can use the pumpkins lanterns or other dim sources, such as those I have indicated to you in this guide of mine.

When you are faced with a Slime, all you have to do is use a sword, a bow or any other weapon to attack it and, therefore, defeat it, in order to get up to two Slime balls if you are lucky.

How to summon a Slime in Minecraft 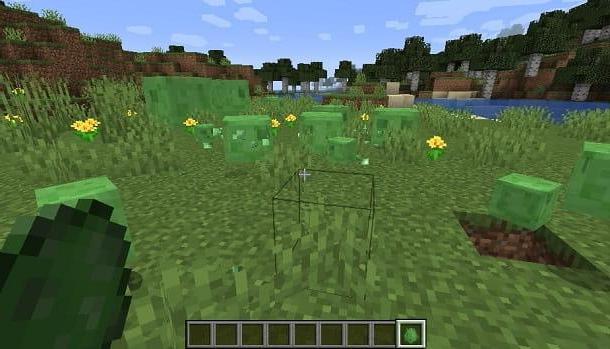 First of all, I recommend reading this tutorial of mine, to be able to easily activate the tricks in any version of Minecraft. After enabling the cheats on Minecraft, all you have to do is call up the game chat (key T on the Java Edition or thefumetto icon on the Bedrock Edition) and issue the command / summon minecraft: slime.

By doing so, a Slime will be summoned in front of your avatar that you can attack and defeat, in order to obtain the Slime balls.

Alternatively, you can also summon a Slime from mode Creative. I have explained to you in detail how to access Minecraft Creative mode, both by starting a new world, and by changing the game rule of the world in which you are currently facing your adventures, in my dedicated tutorial.

When you are in Creative mode, all you have to do is open the inventory and search, through the search bar, for the term "Slime generator egg". This item, after equipping it in a quick slot, allows you to generate infinite Slimes where you interact on the ground. Easier than that ?!

How to find Minecraft slimes

add a comment of How to find Minecraft slimes