CAN'T FIND THE ITEM YOU ARE LOOKING FOR?

How to spy on WhatsApp chats 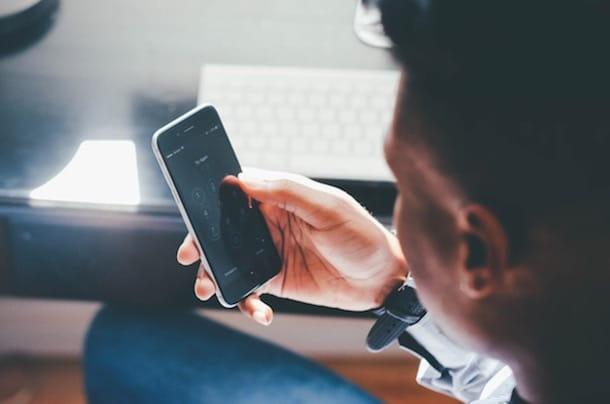 As I already told you in the introduction of this article, one of the most effective techniques by which cybercriminals can spy on WhatsApp chats it has to do with the identity theft.

In small terms, stealing a user's identity means deceiving WhatsApp's protection systems and making the application believe that whoever uses the service is a legitimate user, and not an attacker intent on spying on communications that he would not have the right to to read.

There are various ways cybercriminals can steal a user's identity. One of these does not require advanced technical knowledge on the part of the attacker and consists in the use of Web WhatsApp, well-known online service that allows you to use WhatsApp on a PC.

WhatsApp Web allows you to use WhatsApp on your computer simply by visiting a Web page and scanning a QR code with the smartphone camera. What makes it potentially dangerous is that it allows you to save the user's identity (by putting the check mark next to the item Stay connected QR code scanning is not required for subsequent accesses) and that works even when the phone is not connected to the same wireless network as the PC (it can also be connected to the 3G / LTE network, so it can also be away from the computer).

In practical terms, this means that an attacker could steal your smartphone with a trivial excuse (eg the need to make an urgent call), use it to access WhatsApp Web on your computer (or on your tablet, just activate the view mode browser desktop) and get continuous access to your messages.

It must be recognized, however, that in the most recent versions of the WhatsApp app a notification system has been implemented that allows the user to know in real time if new accesses are made to WhatsApp Web and, therefore, to perpetrate this spying technique is got a little more difficult (thankfully).


Furthermore, fortunately, this system has been made even more difficult to implement, in the event that an unlocking system via face recognition or fingerprint has been previously activated on your smartphone / tablet. In this case, in fact, even having access to the WhatsApp and, then, with the smartphone unlocked, to access WhatsApp Web / Destkop confirmation is requested with a biometric authentication method.

Another technique - much more refined - through which identity theft is perpetrated on WhatsApp concerns the MAC address cloning phone of the person to be spied. In case you don't know, the MAC address is a 12-digit code that allows you to uniquely identify all devices capable of connecting to the Internet, such as smartphones, tablets, network cards, etc. and WhatsApp uses it, together with the phone number, to identify its users by preventing them from using the application on more than one mobile at a time.

Now, if a cybercriminal manages to get hold of your smartphone to discover the MAC address of the device (an operation that can be carried out in a very simple way by going to the menu Settings> Info of any mobile phone) can use ad hoc applications to disguise the MAC address of your smartphone (eg. MAC Address Ghost e BusyBox your android e SpoofMAC on iPhone), make it appear the same as yours and install a "cloned" copy of WhatsApp capable of giving it access to your communications.

Fortunately, this is a fairly long procedure to complete and requires a fair amount of computer skills. It is not for everyone, but it is good to know it to avoid falling victim to it. I told you more about it in my post on how to clone WhatsApp. 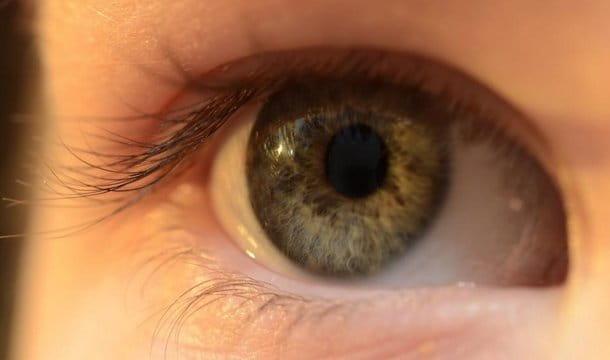 Another threat to which you must be particularly careful is the spy-applications. As their name suggests, once installed on the phone, these apps are able to record all the activities carried out by the user: they capture screenshots, store all the texts typed on the device keyboard, including passwords and credit card data.

"Professional" spy applications are usually very expensive, therefore not within everyone's reach, but as I explained to you in my posts on applications for spying on mobile phones and techniques for spying on Android smartphones, just download any parental control app or finding lost mobile phones to gain some control over the phone (eg. Mobile Fence e Qustodio, which I told you about in another guide).

How can you prevent someone from installing spy apps on your smartphone and checking your chats? The first thing you need to do is to I will not lend the smartphone to Nessuno (or, at the very least, don't give it to strangers or people you don't trust). Furthermore, I do not recommend rooting your Android smartphone or jailbreaking your iPhone: these unlocking procedures, in fact, would make your devices more vulnerable.

If you want to verify that no spy apps are installed on your phone, go to Settings> Apps> All (on Android) or in Settings> General> iPhone Free Space (on iPhone) and check which applications are currently installed. Note, however, that many spy apps hide and their name is not shown in the device menus. How can you spot them? Through some special codes that are also listed below.

If, following the procedures above, you can ascertain that your device is controlled by spy apps, format the device and delete all the data in it, perhaps with the help of the guides in which I explain how to reset Android and how to reset iPhone . For more information on how to remove spy software from your mobile phone, read the in-depth study that I have just linked to you. 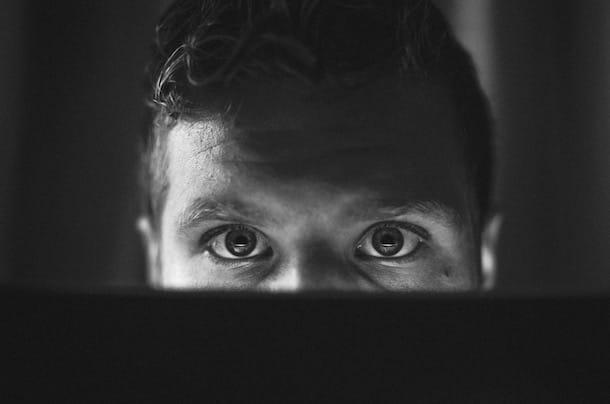 Many have asked me if using wireless sniffing applications, such as Wireshark (which I told you about in my post on how to sniff a wireless network), it's possible spy on WhatsApp chats. The answer is no, or at least hopefully!

Since the end of 2014, WhatsApp has adopted a system of end-to-end encryption (point to point) named Textsecure which allows you to read messages only to legitimate senders and recipients. Communications arrive in an encrypted manner on the service's servers and can only be decrypted using a pair of keys, a public one that is shared with one's interlocutors and encrypts the messages sent and a private one that, on the other hand, resides on the smartphone and allows to decrypt the incoming communications. Unfortunately, however, we unfortunately cannot be sure of its implementation.

In April 2015, researchers published a study according to which only communications to and from Android were encrypted by WhatsApp using the end-to-end system. Messages originating from or addressed to other software platforms were protected using an encryption system based on the RC4 algorithm, which is notoriously vulnerable and therefore more exposed user communications to wireless sniffing attacks.

Subsequently, end-to-end encryption also arrived on iOS and other platforms, but we cannot know if its implementation was done in a workmanlike manner. WhatsApp, in fact, is an application closed source and therefore we cannot thoroughly analyze its source code. This means that we cannot know if there has been any error in the implementation of the TextSecure system, if the encryption always works, if in some country it has been disabled at the request of local governments and so on.

In general, if end-to-end encryption is used all the time, on all platforms and without errors, we can say that the messages exchanged on WhatsApp are reasonably safe from wireless sniffing attacks. But unfortunately all the above “unknowns” must be taken into consideration. To sleep reasonably soundly, I recommend that you avoid connecting to public Wi-Fi networks.


How to protect yourself from those who spy on WhatsApp chats 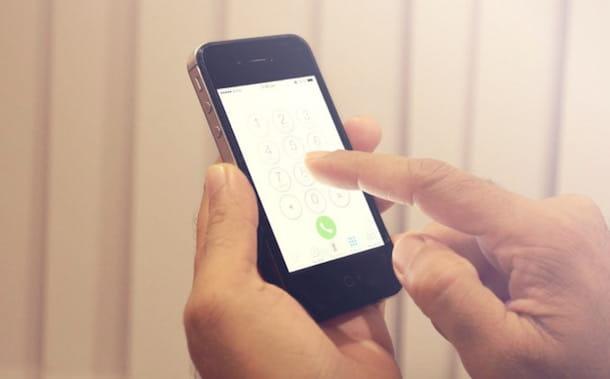 At this point, it is natural to wonder how to protect yourself from all these possible threats and how to prevent some bad guys from snooping into our WhatsApp conversations. The answer is always the "usual": have a little common sense.

As we have just seen together, physical access to the victim's smartphone is almost always required to commit identity theft and to install spy applications. This means avoiding lending the phone to strangers, not leaving the phone unattended and setting a Secure PIN you can already minimize the risk of falling victim to some cybercriminal.

For Web WhatsApp, you have yet another weapon at your disposal. If you suspect that someone is spying on your chats from their computer, select the entry for Web WhatsApp from the application menu and presses the button Log out of all computers, in this way all PCs connected to your account will lose access (they will be asked to scan the QR code again).

Caution: spying on other people's communications is a serious violation of privacy, as well as a crime punishable by law. This tutorial has been written for illustrative purposes only, therefore I do not take any responsibility for the use that will be made of the information contained therein.

How to spy on WhatsApp messages ❯

How to save WhatsApp chats

How to create emojis for WhatsApp

How to hide WhatsApp conversations

How to find a person on WhatsApp without having the number

How to write strikethrough on WhatsApp

How to put Face ID on WhatsApp

Add a comment from How to spy on WhatsApp chats

97%
Our users have valued with this percentage the resolution of the problems that have been found when consulting this article.

Check the questions of our users and the answers of our experts.
About us