Nintendo Switch: should you buy your games in physical or digital version? 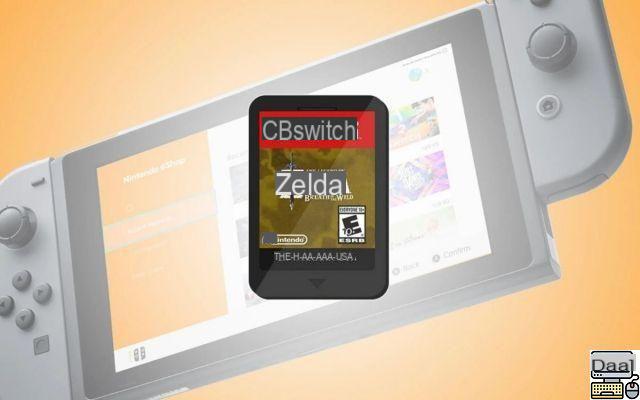 Is it better to buy your Nintendo Switch games in physical version, or in digital version on the eShop? These two modes of consumption have their advantages and disadvantages. In this article, we will detail these two possibilities in order to offer an informed choice to all those who are wondering.

La Nintendo Switch, the latest console from the Japanese giant, has met with real success. In June 2021, Nintendo's hybrid console had sold more than 89 million copies worldwide. This is almost as much as the Wii and its 101 million copies, and much more than the NES and its 61,9 million units sold.

While the price of the classic model has fallen in Europe and Nintendo unveiled the Switch OLED, the Switch already has or should easily find its place under the tree of many homes in these holiday season.

But if it is very interesting to buy the console with a pack containing one or more games in version physical, are they really recommended afterwards? The version digital, dematerialized of a game not more practical? Let's take a look at this together.

The advantages of buying Nintendo Switch games digitally on the eShop

One of the biggest advantages of buying your Nintendo Switch games on the eShop is that they are available immediately. If you want to buy The Legend of Zelda: Breath of The Wild on a Sunday night at 22:30 p.m., crowned Game of the Year at the 2017 Game Awards, there's nothing stopping you.

Just go to Nintendo eShop, buy it and download it to your console. A few minutes later, depending on your internet connection, you will be able to play it. Be aware that you can cancel a pre-order for a Switch game on the eShop.

Nintendo Switch and Nintendo Switch Lite have 32 GB of internal storage. The Nintendo Switch OLED has 64 GB of built-in storage. Enough space to install a dozen games, see more if they are independent games. And if that is not enough, it is always possible to expand its storage memory by 64 GB or more with an SD card.

In other words, it is possible to install many games on your Nintendo Switch, without you having to worry about carrying your game cartridges. And of course, impossible to lose them. Same thing in case of forgetting: you go on vacation and you realize that you forgot your cartridge of Mario Kart 8 Deluxe? This will not happen to you with demat games.

No need to constantly change cartridges

A lazy argument, of course, but an argument nonetheless. If you have digital Nintendo Switch games, you won't have to get up and change your cartridges every time you change games.

Discounts on the eShop

My Nintendo members earn “Gold Points” equal to the following percentage of the purchase price in Nintendo eShop (excluding taxes and points or discounts used). When making a purchase on the eShop, you win 5% of the game price in gold points, against only 1% for physical games.

They can be redeemed for € 0,01 per Gold Point for Nintendo Switch downloadable purchases. For example, if you spent € 59,99 to buy a downloadable game, you will have acquired 300 gold points (or 5%). This equates to € 3,00 in gold point value which you can use when purchasing a new game from the eShop.

The disadvantages of buying Nintendo Switch games digitally on the eShop

No second-hand resale, no sharing between friends

This is "the" biggest problem with digital games: their sharing or resale almost impossible. A game downloaded from the Nintendo eShop is linked to a Nintendo Account, which is linked to a console. So when you've finished a game, or you don't like it anymore, you can't share it with friends, family, or a potential buyer.

Sale periods aside, when it is possible to do great deals on the eShop, the price of games on the Nintendo online store is often displayed at full price. As of this writing, almost all of the best Nintendo Switch games are priced over sixty dollars on the eShop.

The Legend of Zelda: Breath of the Wild, released in 2017, is priced at € 69,99, for example. During this time, Amazon displays it for 50 € and it is resold for around 30 € on classifieds sites (or in small specialized shops, which should be preferred if possible).

The games in physical version do indeed have the enormous advantage of benefiting from lower overall prices. Whether new or used, it's pretty easy to find a game at a good price, even a big title.

The possibility of sharing your games, the old-fashioned way

Another advantage is being able to share, lend, exchange games. The same goes for families, for example, who sometimes have several Nintendo Switches at home. Just lend a cartridge to your brother or sister, no need to bother. The exchange is also valid in small specialized shops that will be able to resume your game to exchange it for you with another.

The possibility of reselling them

It is not possible to resell dematerialized games separately (once purchased and downloaded) and resale of a Nintendo Account is possible, but prohibited (see section 8 of the Nintendo User Agreement). Conversely, physical games can be sold second-hand.

A game bought for around fifty euros can be sold for around thirty euros, which is always a winner. It is also much easier to resell your Nintendo Switch with physical version games than dematerialized games, linked to an account.

Although Nintendo eShop Cards are available (gift cards), it may be easier for some parents, grandparents, and others to purchase and package a physical, old-fashioned game. For children, nothing can replace the magic of unboxing a game that they have been waiting for several months either.

What to choose between dematerialized games and physical games?

But then, what to do? Should you buy your Nintendo Switch games on the eShop, or in physical?

Put together, it can be financially interesting to buy your games exclusively on the eShop, but during sales. The prices are sometimes attractive and it is possible to find good deals. With a Nintendo Switch full of games on the eShop, it is also the guarantee of never forget your games and never have to change cartridges. You can also buy them whenever you want.

On the other hand, you will not be able to resell your games, even if you don't like the game you bought, even if you've finished it and don't want it anymore. Conversely, physical games can be resold at a good price. You can also lend them to your friends, your family. You can also exchange them against new games in a specialized store, if necessary.

Shaquille O'Neal, former basketball star, has shown unparalleled generosity. This one has gifted a slew of PS5 consoles and Nintendo Switch has kids whose…Nintendo just warned Switch and Switch OLED console users. Indeed, the servers risk being saturated for the holidays, starting on December 25th. In a…Paper Mario will be the first N64 game to be included in the new Nintendo Switch Online Membership Expansion Pack. Other N64 games will be available later. Nintendo comes…Since update 13.0, released in September 2021, Nintendo Switch, Nintendo Switch Lite and Nintendo Switch OLED are finally able to connect to wireless headphones…
Audio Video Nintendo Switch: should you buy your games in physical or digital version?
Nintendo Switch: transferring games to SD card is finally possible ❯

add a comment of Nintendo Switch: should you buy your games in physical or digital version?