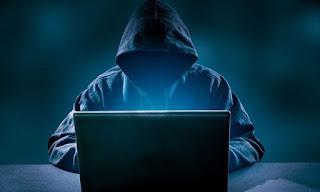 If you are using a computer shared with other people or if you suspect that an outsider (colleague or family member) has access to our computer without permission, you can certainly spy on his business in a precise way and to know what it does in our absence, so as to be aware of it at the right moment.
Furthermore, at a more advanced level, when two or more people work with their personal computers, at the same desk or even at home or in the same office, they most likely connect to the same router, using the same internet connection. This means that the PCs are networked and see each other.
In this guide we will show you all the tools and procedures for spy on a PC and know exactly what it does and what has been seen or done in our absence; we recommend that you use these methods only to protect our PCs and not to spy on other people's computers (as it is a criminal offense).

How to spy on our PC while we are away

There are various methods we can use to spy on our personal computer while away, so that we know exactly what has been done and find out who has used it or who has researched using our accounts or our Internet browser.

One of the most effective methods to spy on our computer involves the activation of a keylogger, to be left active during our absence and to be deactivated as soon as we return to the station. The keylogger records all the keys pressed on the keyboard, so as to provide us with the phrases, words and texts searched on the Internet or on other apps (including any attempts to break the password): if no one has used our computer, the keylogger should be " clean "on our return.


Control programs open and displayed on the screen

Next to the keylogger we can monitor the computer during our absence using two free programs such as Hooker and Spy Monitor Screen Recorder. 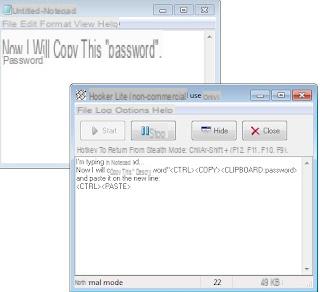 With the first program we will be able to create an advanced keylogger that will show us all the programs open in our absence and all the keys pressed, while the second program is designed to take periodic screenshots of what passes on the screen (programs, videos, Internet etc. ).
By combining the two programs we will be able to discover in a short time everything that has been done on the PC in our absence and collect valuable information about the person who used it.


Record with the webcam

But the most striking evidence is certainly a photo of the alleged "spy", so as to immediately discover who used the computer while we were absent. For this purpose we recommend using WebCamImageSave.

By properly configuring this program at each unlocking or at each restart of the computer during our absence, a photo of the webcam will follow, so that the spy is immediately unmasked! To make the most of this program, we recommend that you read our guide How to activate the webcam when the PC is turned on automatically.


Other useful programs to spy on the PC

The programs seen so far should be sufficient to carefully monitor everything that happens on the computer in our absence; if we are looking for other valid solutions, we advise you to read those below:
If you want to try to see how the neighbors of the office or desk surf the internet, within an internal network, without the risk of being caught and without leaving traces of program installations, you need to use expert hacker tools to sniffing internet traffic in a pc network, so you can spy on what other network users are doing without leaving your desk!

The tools above provide a complete package for monitoring your PC. You can find out what has been typed, which sites have been visited, which files have been downloaded and which emails have been sent. You can also see what is happening in front of your computer remotely via the webcam (even if, on those integrated in the monitors, the light always turns on).

If we are looking for something simpler to control what our underage children do on a PC, smartphone or tablet, we recommend that you use specific parental control programs, such as those seen in our guides. Parental Controls and Parental Controls on PC and Internet: 5 Ways to Keep Kids Safe e How to limit the use of smartphones and tablets to minors.
If, on the other hand, we want to spy on an Android device or an iPhone, we refer you to reading our guides Check / spy on another's phone (Android) e Best apps to spy on mobile phones (Android and iPhone).