Steam: the new interface for downloads will be much clearer and more satisfying

The main seller of dematerialized games on PC has released a new beta for its Windows, MacOs and Linux application. And the downloads and storage management interfaces are much more pleasant to handle. 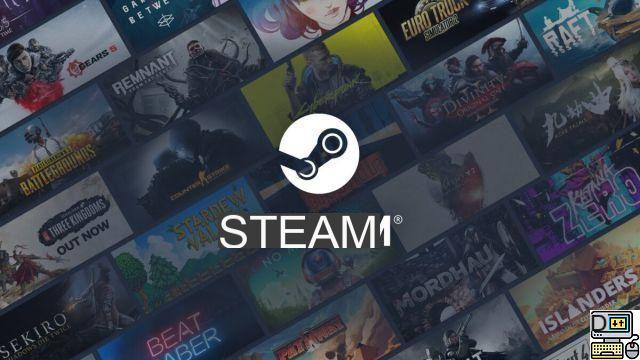 Although Steam is working on the launch of its new console, the Steam Deck, the firm does not forget its core business either. Two new features have just arrived on the Steam client beta. These relate mainly to the interface of the download pages and to the storage manager.

Whether you join the beta now, or launch Steam once this update has rolled out to all users, know that the downloads menu as you know it will be gone. Instead, there is a brand new menu.

If it uses the principle of the blue bars and the green line to know the speed of the disk and the download, we already notice that the layout changes somewhat. The banner of the game being downloaded is displayed in large on the left. In addition, the various data on the current download are displayed in a clearer and more airy way at the top right of the menu.

Another major addition: Steam now indicates the disk allocation process in the installation progress percentage. Until now, a download could give the impression of getting stuck at certain stages of the download without further indication. 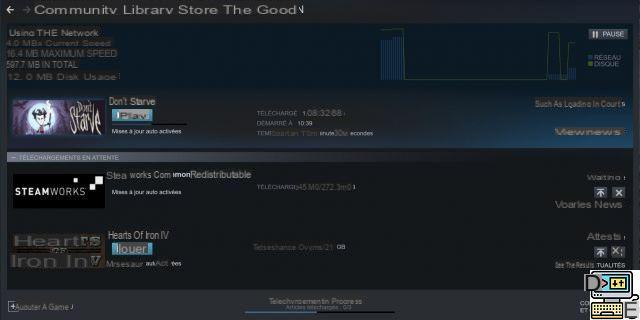 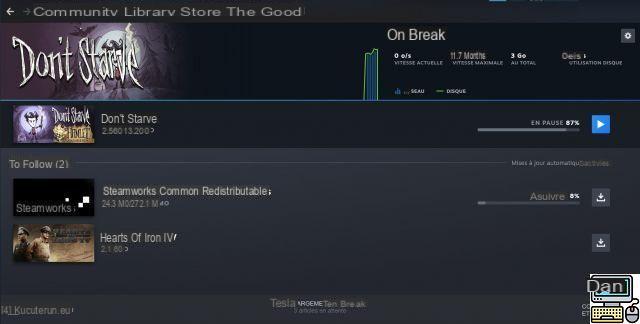 But the biggest changes to the downloads menu come lower down, with the disappearance of the big “download now” buttons that were used to make your choice. Now all decks are drag and drop, with the added bonus of a brand new tile moving animation.

Another notable change: icons will now indicate the type of download, whether it's an update, DLC, Workshop content, etc. In the case of a patch, we should also be able to access the note explaining the update in one click.

A second Steam menu, a little more hidden this time, has benefited from an equally important work of modernizing its interface. These are the content libraries, visible in the downloads tab of the settings. This is used to decide whether to distribute the games between different storage disks.

By clicking on Steam folders, we access a much clearer interface, which informs us not only about the amount of space left, but also about the place our steam games take up on the discs. You can switch from one disk to another. Everything is done using a very clear color code. It is also possible to uninstall a game that would take up too much space from this new interface. 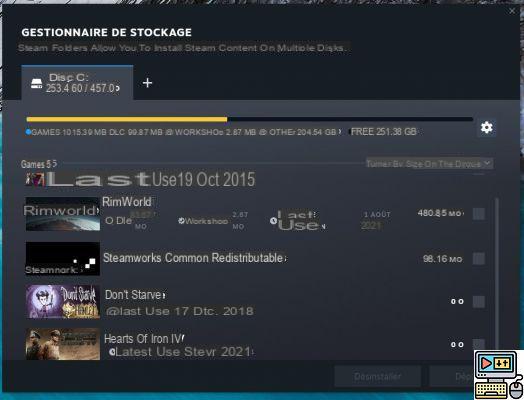 How to register for the beta

To register for the beta program, here is the procedure to follow:

Audio Video Steam: the new interface for downloads will be much clearer and more satisfying
Insufficient storage: how to clean your Android smartphone ❯

add a comment of Steam: the new interface for downloads will be much clearer and more satisfying