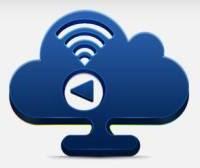 Tablets and smartphones have now replaced laptops, at least for entertainment.
There is nothing better than going to bed with the tablet in hand to watch a streaming show or listen to music. With a tablet or smartphone you can watch a movie in streaming even sitting in the garden, on the train, at the airport and wherever you go. At home, with wireless networks, you can keep video or music files on your PC and project it on your tablet or mobile phone screen.
So a wifi router connected to the modem is enough for connect from your tablet or mobile phone to the same network as your computer where there are all the shared resources: movies, music and photographs. Since Android is a flexible operating system, the Android Mini PC or Dongle that connect in HDMI to the TV and in Wifi to the PC to watch videos from the web or any film saved on the computer, all without wires.

In this guide we see the 4 ways to watch streaming video from your computer with an Android device (mobile tablet or miniPC) on your local home network. Video streaming will not be limited by Internet bandwidth and the quality will only depend on the speed of the router.

1) The easiest way to stream videos to an Android device is by remotely connecting to shared files on your PC.
If you are using a Windows PC, you can share files and folders.
File sharing can be done in FTP or SMB (Samba) which can be activated from Windows, Mac (System Preferences -> File Sharing -> Options) or Linux.
To configure file sharing and the network connection between the computer and the Android terminals (Samsung mobile phones, tablets or Mini PCs), you can follow the step-by-step guide to access the Windows shared folders from Android in wifi.
The application suggested to browse the files of the computer connected to the network is ES File Manager which is always a non plus ultra to have at any cost.
With ES File Manager just go to the folder on your PC where the movies are and open them using one of the android app to watch videos and movies.
Among these I suggest using MX Video player capable of playing any type of video file.

2) Using VLC Media Player, you can watch PC videos on Android
First of all, open VLC for Android and turn on the option to play videos in the background.
Then share the PC folders on the network, possibly even using the homegroup.
On the smartphone or tablet, with VLC, it is possible to connect to the video and music folder on the PC, in the wifi network, to stream multimedia content.

3) An effective solution is to use a desktop client application that acts as a server and an app on Android that connects to the server and plays videos.
This only requires you to install the program on your computer which must remain active and ready to receive input requests from Android mobile phones or mini-computers or even iPads and iPhones.
The best of these apps is probably NOTE: Using a program like Tonido, to which I have dedicated an article, you can watch PC videos on Android in streaming in a simple and direct way.

Another program is Air Play available for Windows and Mac.
From your PC or Mac, just choose the folders to share, which should be navigated by the free AirPlayit application for Android. In addition to video streaming, Air Playit can also convert movies to your computer so that it can be downloaded to your Android device to be able to watch it even without a network connection.

AirPlayit is a great solution for creating one streaming media center on your PC to watch videos from any other terminal on the network.

Another app that works very well is AirStream is perhaps the best app to watch videos and even movies of any format, even MKV, streaming on your mobile.
If you have movies on your computer, if your PC and mobile phone are connected to the same Wifi network, just install the Airstream program on your PC and the app on your Android mobile phone to create the connection and watch each video on your mobile or tablet screen.

BubbleUPnP is one of the best android apps to connect to UPnP server.
A completely free app that acts as a DLNA / UPnP browser is Video & TV Cast.
After making the connection, the procedure of the first method (see above) applies, using an app like MX Media Player to play the videos.

To stream videos and movies saved on your PC via the internet even away from home, the best app to share videos that is pCloud, a cloud storage with streaming of videos and music which has an online space of 10GB where you can share files on the internet and be able to use them whenever and wherever you want.