Waze will have cost Google $966 million 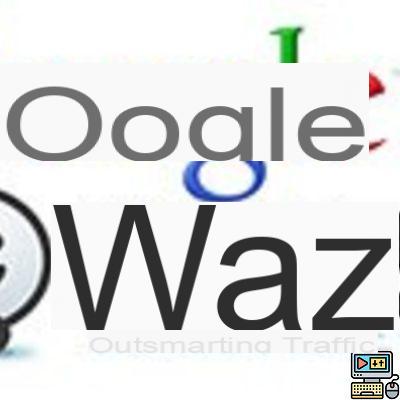 Long coveted by the Internet giants, the Israeli mobile navigation application Waze was finally purchased by Google in early June. A transaction amounting to 966 million dollars, less than the amount expected.

A large sum and at the level of the stakes

The stakes were high for Google, which enjoys a certain supremacy in the field of cartography with its famous Maps, used in its Google Navigation smartphone application. If Facebook or Apple had been able to acquire Waze, they would have scored points and would have constituted a significant competition against Google. The Mountain View giant was therefore ready to pay more than a billion dollars to afford the application; he also gave in to certain demands such as maintaining local jobs. It is moreover this precise point which would have slowed down the negotiations which took place between Waze and the two other digital titans mentioned above, according to the Israeli magazine Globes.


The transaction, however, did not exceed one billion, since it amounts to 966 million dollars, an amount which was declared to the American financial market supervisory authority, the United States Securities and Exchange Commission. Google therefore keeps its comfortable position in the mapping market and should take advantage of its new acquisition to improve its services.

With this takeover, Google finds itself with two distinct applications that have made a name for themselves on the market. On the one hand, Google Navigation is known to most Android users and was able to benefit from the beginnings of smartphone navigation. If it remains quite rudimentary, it still fulfills its role well and benefits from its free nature, the good quality of the Maps cartography and the Google search engine. For its part, Waze is not unworthy and really impressed us with the fidelity of its mapping, also free, which directly benefits from the changes made by its users! A community strength that is also found in the multiple alerts, which are also impressively precise.

However, it would be surprising if the two applications continued on their own and we can therefore expect a merger in the medium term. Therefore, one can imagine that the functions already present on Waze could benefit from the multiple Google services for the search for addresses and points of interest, which constitute a weak point on the Israeli application. Conversely, user alerts reported by Waze could then directly supplement Google mapping.

On the side of the negative points now, let's already mention the probable disappearance of speed camera alerts in Spain. Indeed, the success of Waze in France can be explained by the fact that radar warning devices have become prohibited. Despite this, the application still indicates them and it would be surprising if a heavyweight like Google could continue like this, without being pinned down by the Spanish authorities.


Finally, if advertising has so far been very discreet on Waze, with a few alerts from time to time when the vehicle is stationary, the arrival of Google – which lives largely from advertising – could change the situation. and it would not be surprising to find more targeted messages. Above all, the trip record could obviously be used to better identify the habits of users.

Still, from an efficiency point of view, seeing the birth of an application that would take the best of Google Navigation and Waze would certainly be positive. Google has ample means to design the ultimate application, remains to be seen if it will be able to use its strengths reasonably.

add a comment of Waze will have cost Google $966 million