Why You Shouldn't Download and Use Travel Attestation Apps

Since the digital certificate is available, developers have put online Android applications that can be found on the Play Store. These applications offer quick access to the certificate posted online by the Ministry of the Interior. But is it worth downloading? Our colleagues from Numerama conducted the investigation. 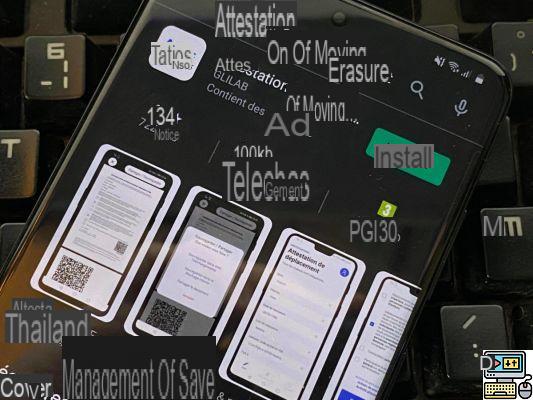 One of the applications offered on the Play Store

Since Monday, April 13, it has been possible to complete a digital travel certificate that you can simply present on your smartphone when travelling. Several companies and individuals took advantage of the occasion to promote their activity.

The online insurer Luko, for example, offers a solution to create certificates automatically using the Siri assistant or via an NFC tag that can be stuck on your door. MacG has created a shortcut that is very useful but can be complicated to configure if you have never used the Shortcuts app on iPhone and iPad. On our side, we advise you rather to simply create shortcuts on your home page.

To learn more
How to add the digital certificate generator to the home page of your smartphone?

Developers have gone further by deploying applications dedicated to certification on the Play Store. Numerama, our colleagues from the same Humanoid media group, became interested in this practice. “Certificate of derogatory displacement”, downloaded more than 50 times, looks exactly like the Ministry of the Interior site. Same official blue, same boxes to fill in and same information to fill in. “Attestation de voyage” has been downloaded more than 000 times. There are already several. Google does not seem to block this type of application, while it is impossible to find any on the Apple App Store.

Numerama, which tested these applications, went so far as to contact some of the developers who answered their questions.


Although these applications are free and the attestations they generate do not seem to pose any problems, their practices are questionable. Some of these apps use, for example, a dozen trackers to retrieve user data. Other apps simply integrate mobile advertisements and are therefore monetized for simply displaying a webview (a web page in a native application). Even if one of the developers has promised to redistribute the revenue generated, this practice is useless and even dangerous. Indeed, these applications can access information from your phone, and could even retrieve your personal data filled in on the generator form. 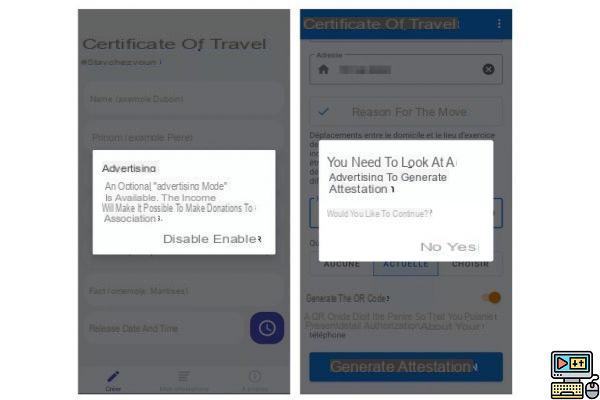 This application provides the ability to block ads //

Questioned by Numerama, Jérôme Notin, the general manager of cybermalveillance.gouv (the organization that deals with the prevention of digital risks) recalls that "Giving your personal information to sites that you do not know is always a bad idea ".

Why are these apps found on the Play Store?


Manual checks by Google teams are always carried out after publication, only if a problem has been reported in any way. On the Apple App Store, it's the opposite, each application deployment is validated a priori by an Apple employee. This explains why there is no similar application on iPhone and iPad.

In addition, these Android applications that offer access to the digital certificate generator do not go against the general conditions of use of the Play Store, which explains why they are available. Google could nevertheless revise its rules, because the practice remains very dubious.

Only use the Home Office generator

Absolutely avoid these apps and only use the government attestation generator. If you want to simplify your life, add a shortcut to your home page and use browser and OS tools that allow you to pre-fill form fields automatically.