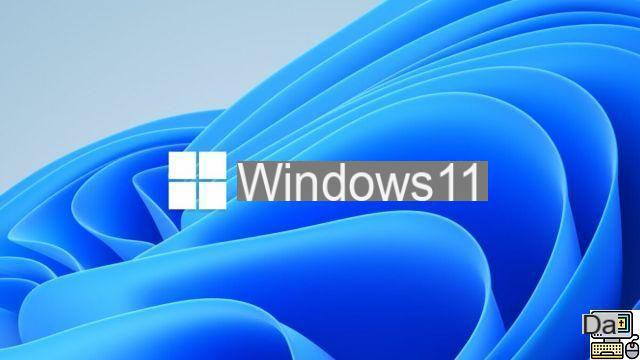 More than 6 years after the launch of Windows 10, Microsoft announced a new generation for its flagship operating system on June 24. According to the firm, this is the biggest evolution of Windows in many years, so much so that it requires a new name: Windows 11.

Windows 10 is not completely abandoned, however. Its support will continue officially until 2025, and Microsoft has already announced a 21H2 update for the old system.

Do I have to install Windows 11?

We tried Windows 11 for several weeks. Our comprehensive Windows 11 test provides insight into what the new system can do on a PC.

Windows 11 marks a real change of generation for Windows and many changes are planned for the system. Here we have brought together the most important and significant novelties.

The novelty that we necessarily notice first is the design change made by Microsoft for Windows 11. The experience of the system has been completely revised. Animations are smoother, system sounds have changed to be smoother, and window corners are rounded. Most of the things that date back to Windows 8 or Windows 10 have been redesigned to adopt Fluent Design, Microsoft's new aesthetic. 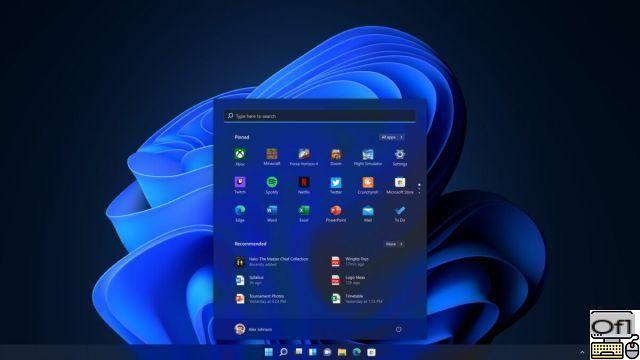 At the center of this change, the new Start menu which says goodbye to dynamic tiles and which is ... in the center of the taskbar. It is still possible in the options to return the menu to the bottom left, the position he had known since his beginnings. 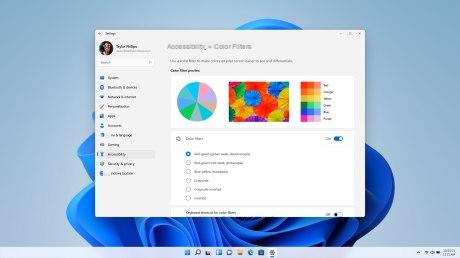 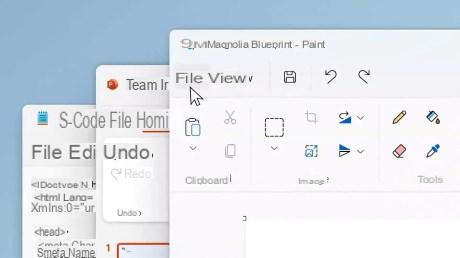 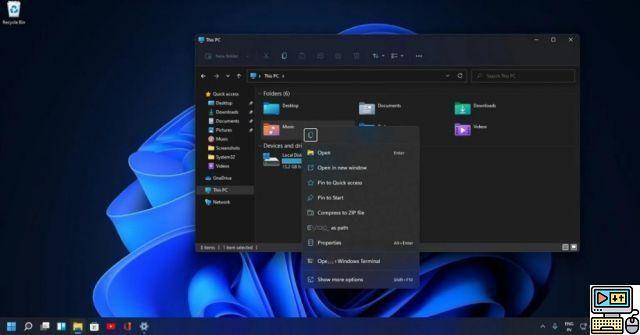 Windows 11 applications such as Notepad, Photos, Paint or File Explorer have also been updated to better harmonize with the rest of the system. 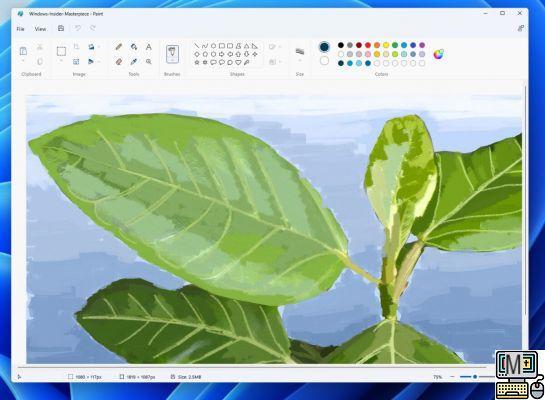 Fortunately, if you don't like the new Start menu, you can install Stardock's Start11 software as an alternative.

After many attempts, Microsoft has never succeeded in convincing developers to adopt its application store on Windows 8 and then Windows 10. With Windows 11, the publisher opens the floodgates: now any developer can offer them. software he wants on the Microsoft Store, even classic win32 applications without a particular package. They will also be able, under certain conditions, to receive 100% of the income of the application. Several developers have since started to add their programs: VLC, WinZip or OBS Studio. 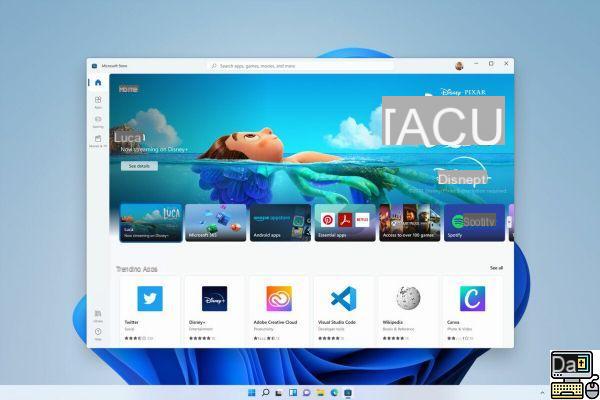 This policy change is also accompanied by a complete rewrite of the Microsoft Store application which promises to finally allow downloading and installing applications without bugs or performance problems. 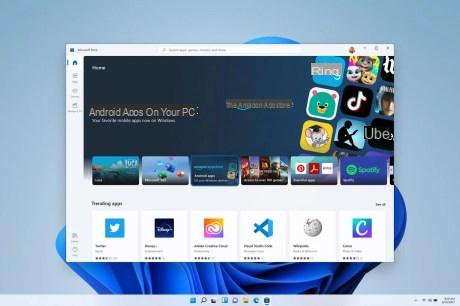 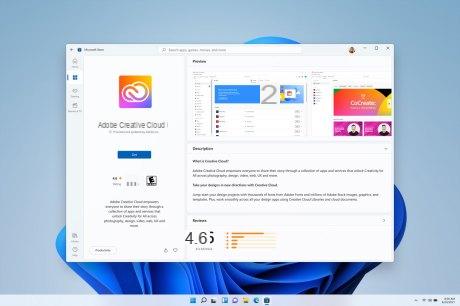 The new Microsoft Store will also be the showcase for the Amazon AppStore and the arrival of Android applications officially on Windows 11. It will thus be possible to download TikTok and all the applications offered at Amazon directly on your PC. Enough to improve the experience of products with touch screens. This novelty has been rejected. It is scheduled for a later update scheduled for 2022.

Dynamic tiles have disappeared, but Microsoft offers widgets instead, like macOS or Android. In the pane dedicated to Windows 11 widgets, accessible in one click from the taskbar, you can find your calendar, the weather forecast or even the latest news. 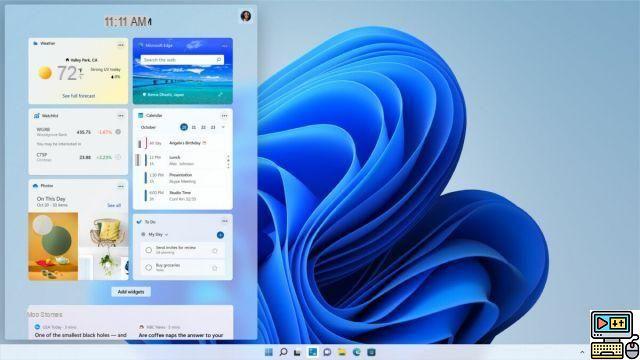 The gestation of Windows 11 took place during the pandemic and the developers clearly took inspiration from the explosion of telecommuting to change a few elements of Windows. First, the Microsoft Teams software will now be directly integrated into the taskbar. 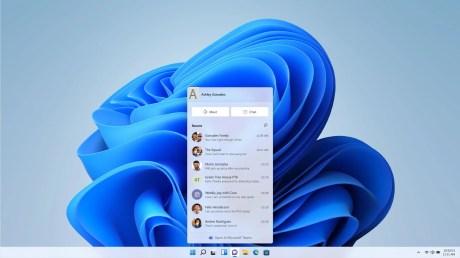 Teams is accessible from the Windows 11 taskbar 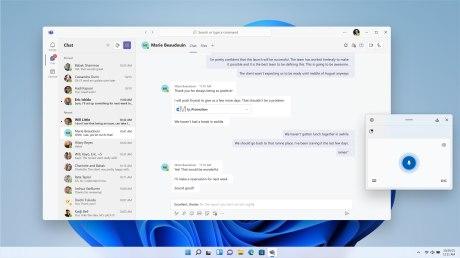 All Windows 11 users will therefore be able to use text chat or make video calls with just a few clicks.

Video games have taken on a lot of importance at Microsoft in a few years. The Xbox Game Pass subscription is at the center of this new strategy and Windows 11 will offer players to subscribe to the service. The Xbox app will be installed by default on the system. 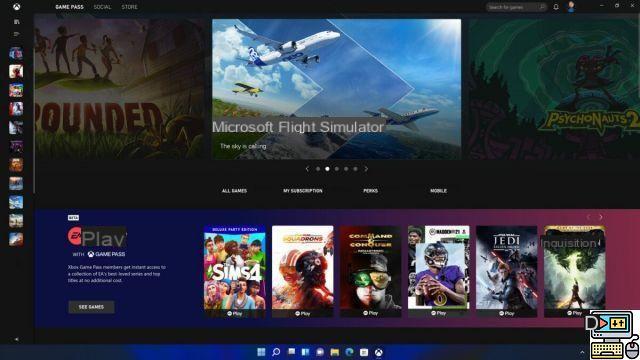 This application will also allow you to play games from any PC in streaming thanks to cloud gaming. No more downloading tens of gigabytes or using a war machine to play.

There are many more new features planned for Windows 11. Here is a list of them.

What are the system requirements for Windows 11?

Here is the minimum configuration required very precisely by Windows 11 to be on a version fully supported by Microsoft.

Check that the processor is compatible

Microsoft provides a list of processors officially compatible with Windows 11. The PC processor must be on the list to be eligible for the installation of the new system.

At the moment, these are mostly 8th gen or newer Intel processors and AMD Ryzen 2000 or newer processors. Microsoft has however changed its position to integrate certain 7th generation Intel processors depending on the device. To justify this rather small list, Microsoft puts forward arguments of reliability and security.

The TPM is a security component used in particular to encrypt storage data. Since 2016, new machines running Windows 10 must be TPM 2.0 compatible, but the function is not necessarily activated. You have to go through the UEFI options to ensure that TPM 2.0 is activated when possible. Problem: The option has a different name depending on the brand of the processor and the manufacturer of the motherboard. We have published a complete file on the subject to guide you regarding TPM.

Install Windows 11 without the required configuration

Here's how to install Windows 11 on an incompatible PC using Microsoft's method.

Is Windows 11 free or paid? What is the price of Windows 11?

Windows has always been a paid operating system. A paid license is indeed required to use the system, although it is often included in the price of a PC purchased commercially. For Windows 10, Microsoft had offered a free update system from Windows 7 and 8. Officially, Microsoft will repeat the experience and offer for a year to switch from Windows 10 to Windows 11 for free on compatible machines.

In the absence of a free update, it is possible to purchase a license for Windows 11.

Windows 11 is available for download as an update from Windows 10, or through a tool to download the system's ISO.

If you want to do a clean install of Windows, we also have a guide dedicated to the issue.

All the tips to master Windows 11

A new operating system with a new design could make you lose your bearings and your little habits, but don't panic, we are here to help you! To make it easier to get started with Windows 11, we have a series of tutorials to help you become an OS expert!

Find all the Windows 11 Tutorials

What is the Windows 11 release date?

Windows 11 was released on October 5, 2021. Deployment on compatible machines will be gradual and will run according to Microsoft until mid-2022.

The firm is working with its manufacturing partners to validate the reliability of the drivers and thus advance the deployment of the update to Windows 11.