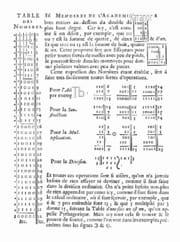 Presentation of the binary

Towards the end of the 30s, Claude Shannon demonstrated that using "contactors" (switches) closed for "true" and open for "false" it was possible to perform logical operations by associating the number 1 for " true” and 0 for “false”.

This information coding is called binary basis. It is with this coding that computers work. It consists of using two states (represented by the numbers 0 and 1) to encode the information.

The term bit (b with a lower case in the notations) means " binary digit », that is to say 0 or 1 in binary numbering. It is the smallest unit of information that can be manipulated by a digital machine. It is possible to physically represent this binary information:

For a group of n bits, it is possible to represent 2^n values.

In a binary number, the value of a bit, called weight, depends on the position of the bit starting from the right. Like tens, hundreds and thousands for a decimal number, the weight of a bit increases by a power of two going from right to left as shown in the following table:

To convert a binary word into a decimal number, simply multiply the value of each bit by its weight, then add each result. Thus, the binary word 0101 is worth in decimal:

L'byte (in English byte or B with a capital letter in the notations) is an information unit made up of 8 bits. It allows for example to store a character, such as a letter or a number.

This grouping of numbers by series of 8 allows greater readability, just as we appreciate, in decimal base, to group the numbers by three to be able to distinguish the thousands. The number “1” is for example more readable than “256”.

A unit of information consisting of 16 bits is usually called against (in English word).


A unit of information 32 bits in length is called double word (in English double word, hence the name dword).

For a long time, computer science was distinguished by the use of different values ​​for the units of the international system. So many computer scientists learned that 1 kilobyte was worth 1024 bytes. However, since December 1998, the international organization IEC has ruled on the question (http://physics.nist.gov/cuu/Units/binary.html). Here are the standard units:

It is also useful to note that the international community as a whole preferentially uses the name "byte" rather than the purely French-speaking term "octet". This gives the following notations for kilobyte, megabyte, gigabyte and terabyte:

Here is a screenshot of the Internet Explorer software, internet browser, showing the use of this notation: 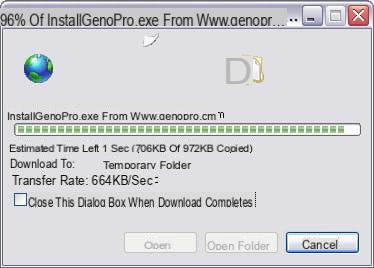 Simple arithmetic operations such as addition, subtraction and multiplication are easy to perform in binary.

Addition in binary is done with the same rules as in decimal:
We start adding the least significant bits (the bits on the right) then we have carries when the sum of two bits of the same weight exceeds the value of the largest unit (in the case of binary: 1), this retained is transferred to the next most significant bit...

The multiplication table in binary is very simple: