Call Of Duty will impose a “kernel” anti-cheat: what is it? Why does this react?

Activision launches the Ricochet anti-cheat system, intended to protect Call of Duty: Warzone and Call of Duty: Vanguard, its next title. It is a divisive and potentially dangerous technology. Here's why. 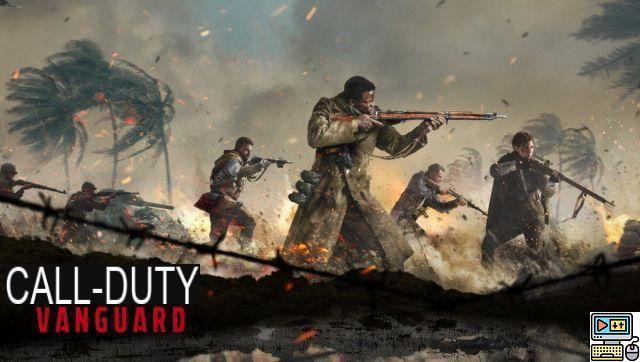 It is not uncommon to complete a game of Call of Duty Warzone with a bullet fired by a cheater. Activision's game is so well known for its cheating problems that the publisher of the famous war game has decided to change its mind when it comes to the fight against cheat.

Activision announces the launch of an in-house developed system called Ricochet. This uses a "kernel" driver, ie located very close to the Windows kernel. In computing, the operating system is separated into two parts: the software part, which is the part with which users interact, and the kernel part, often assimilated to the core of the OS. It is this part of the system which will interact directly with the hardware (components and peripherals).

This is RICOCHET Anti-Cheat – a new anti-cheat system arriving on Day 1 of #Warzone’s Pacific Update later this year.

Stay tuned for more updates from #TeamRICOCHET in the following weeks. Learn more about our full anti-cheat plan: https://t.co/FvKpaS46DW pic.twitter.com/BHErfDSZ29

Activision explains that the point of putting it there is to put in place "new server-side tools that monitor data to identify cheats, improved investigation processes to eradicate cheaters, and updates to strengthen the security of cheaters. accounts ".

Why is this controversial?

The risk of installing a system so close to the Windows kernel continues to divide, and probably rightly so. Because the security risk is high: in the event of a bug, or if Activision were to be compromised by a cyber attack, the difficulties for the user could be considerable.


Others consider this method of cheating to be extremely invasive given that the driver works similar to malware and potentially has access to things it shouldn't have access to.

Is this a first?

No. We have already seen this type of system from the Californian Riot Games with its game Valorant. The giant's anti-cheat system works, by default, even when the game is not running. Conversely, Call of Duty promises here that the kernel driver will shut down at the same time as the game. In addition, Activision specifies that "the kernel-level driver only monitors and reports activities related to Call of Duty. . "


One thing is certain, game publishers are entering a minefield when they offer such systems. A scandal had exploded in 2005 around an anti-copy protection measure for audio CDs implemented by Sony. The principle was as follows: when you insert the CD into a computer, one or two software programs directly modify the operating system to prevent it from being able to copy CDs. More recently, Microsoft ditched a kernel-level anti-cheat system for Halo Infinite in the face of outcry from gamers.

When is it deployed?

This controversial anti-cheat system will be a PC "exclusive". Those who practice on console do not risk anything. However, they will be able to see the effects through the magic of cross-play by playing against PC players.

This system will first launch on Call of Duty: Warzone at the time of its Pacific update, but the next title in the famous franchise, Call of Duty: Vanguard will also benefit.

Audio Video Call Of Duty will impose a “kernel” anti-cheat: what is it? Why does this react?
Canal+ returns with two new channels and an overhaul of its subscription plans ❯

add a comment of Call Of Duty will impose a “kernel” anti-cheat: what is it? Why does this react?