How to take screenshots on my Windows 10 PC?

There are a number of ways Windows 10 can take screenshots quickly and easily. But you might as well know them! In this little tutorial, we will take you step by step through the different ways to take screenshots. Don't panic if you're not good at computers, it's easy as pie! 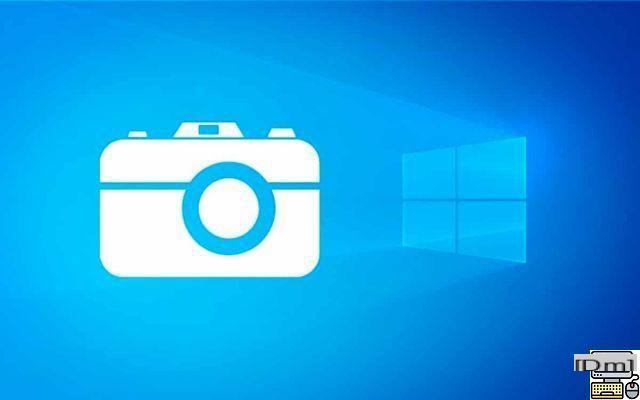 We've all needed to take screenshots at one point or another. Windows 10 allows several very easy ways to do this and we'll walk you through them. Even if you are not comfortable with computers, you can be able to take beautiful screenshots within seconds.

After seeing how to put accents on capital letters, activate HDR to improve the rendering of PC games or how to switch a keyboard from QWERTY to AZERTY, now is the time to see together how to take a screenshot in Windows 10.

Windows 10 provides two software that are installed by default on your computer. The first is simply called Screen Capture Tool. If it is a little archaic, it is formidably simple. Microsoft has been talking about removing it for a long time, but it is still present on our PCs and usable.

Once the software is open, here is the method to take a capture: 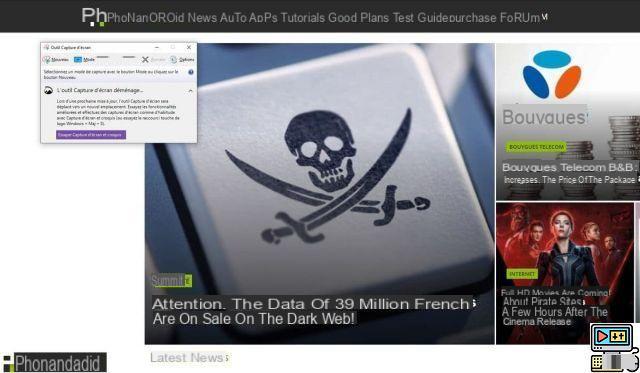 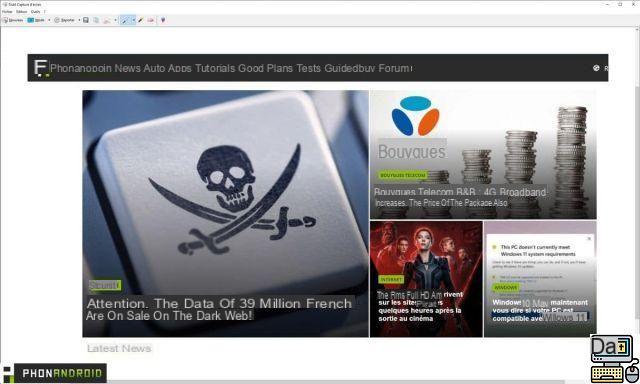 Be careful, when you save, be sure to check if your capture is in Jpg or PNG. If you just want to save an image, select the lighter Jpg. You should also pay attention to the save location to easily find your image.


The second software, a little more modern and complete, works in the same way. It is even called upon to replace the first. It brings some additional features, such as a revised design and keyboard shortcuts. Which brings us to our second point ... 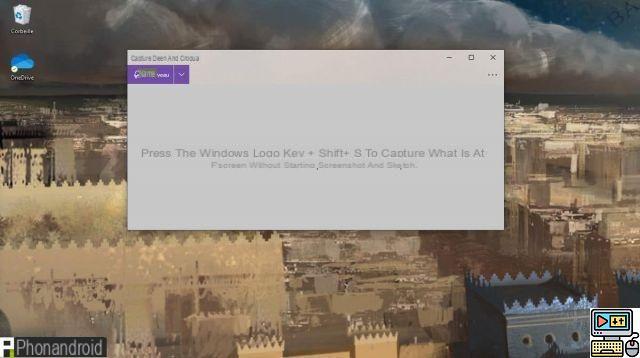 On Windows 10, it is possible to quickly use the tool Screenshot and Sketch via a keyboard shortcut. 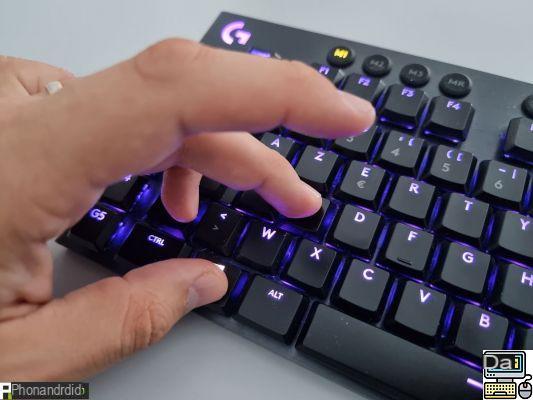 If you are resistant to the keyboard shortcut of the first method, it is also possible to configure the Print Screen key. As soon as you press the key, the tool Screenshot and Sketch will automatically trigger after a small adjustment. 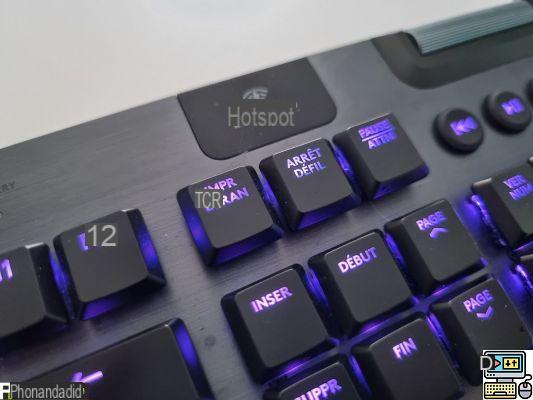 Also read: Windows 10 - how to find the WiFi code effortlessly

There you have it, you will now only have to press the Print key. screen to automatically take a capture. Be careful, don't forget to click on the pop-up window at the bottom right to save your image. If you do not do this, pressing the key will simply copy the image to the clipboard. it will then have to be pasted into software such as Paint. A little rustic, we grant you that.

In a game, it is not uncommon to stop for a moment to admire the scenery or the design of a character. There is an easy way to take a capture in your game.

There is even simpler: the shortcut Win + Alt + Impr Ecran allows you to take a capture directly using this software.

Finally, note that the Steam platform offers its own screenshot tool. Stakes, just press F12 to take an image. You will then find it on the game page directly in the software. On the titles of the Blizzard launcher, a simple Print Screen saves your work in the game files. Some platforms, such as the Epic Games Store or Origin, do not offer a screenshot tool and you will therefore have to use the integrated Windows method. Third-party software, such as FRAPS, also allows you to take pictures or videos.

Windows 11 should not change the ways in which screenshots are taken and the methods listed below will be valid on Microsoft's new OS. Nevertheless, Screen Capture tool (the first one used in this tutorial) will have the right to a facelift in due form. Its use will be similar, but its design will be more modern and it will be much better integrated into the OS.

Here is a first look at the new #Windows11 Snipping Tool. Coming to #WindowsInsiders soon! Great work from the team #pumped pic.twitter.com/pvlhKp1Eia

Now you know all the secrets to taking screenshots easily on Windows 10. As we have seen, there are several methods and it's up to you to determine your preferred one. Of course, there are a multitude of other manipulations, especially with third-party software, but now you know the basics.

Audio Video How to take screenshots on my Windows 10 PC?
How to take photos of products without a studio and with a minimum of equipment? ❯

add a comment of How to take screenshots on my Windows 10 PC?