How to get unblocked on WhatsApp

How to understand if you have been blocked on WhatsApp

Before getting unblocked on WhatsApp it is wise of you to make sure that you have actually been blocked. To do this, you must carefully analyze some factors that can provide you with valuable clues to corroborate and refute your thesis. "Investigate" (let me use this term) is unfortunately the only way to understand if you have been blocked, since WhatsApp does not inform its users when they are blocked by others.

The biggest problem is that, if you've really been blocked by someone on WhatsApp, you won't be able to get in touch with him (or her) until you are unblocked. You will have to resort to alternative routes, but we will talk more about this shortly. Now let's see, together, what are the factors to consider for understand if you have been blocked on WhatsApp by your contact or not.

If you have been blocked on WhatsApp, one of the first information that will no longer be shown to you is theLast Access that the “suspicious” contact made. Then open the chat of the contact you think has blocked you and, if you do not see the message "Last accessed on ...", the selected contact may have actually blocked you.

This factor, however, is not the only one you need to take into consideration. If, in fact, you have set your privacy in such a way as not to allow others when to see your access (or if the user in question has done so), not even you will be able to see the last accesses made by your contacts, including the user you think may have blocked you. For this reason, I recommend that you also take into consideration all the factors mentioned below. 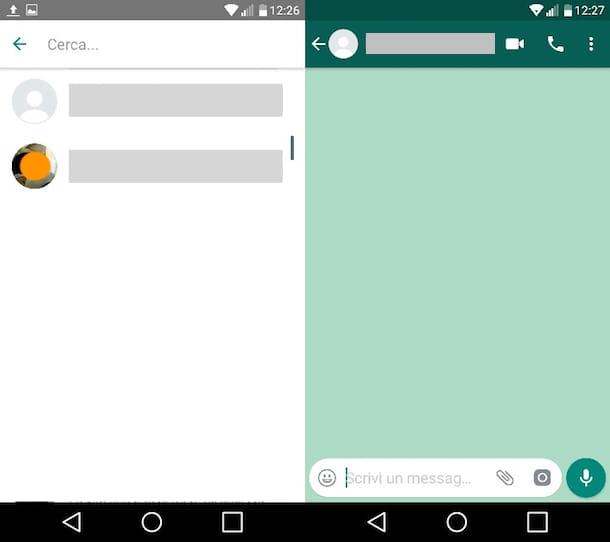 Suddenly you no longer see theprofile picture of a contact or its textual and multimedia status? This could be another indication that the contact in question may have blocked you. In some cases, you may see an old profile picture (dating back to the moment immediately before the block), or you may see the default picture that WhatsApp applies to contacts without photos.

Even in this case, however, this clue, taken alone, is not sufficient to establish whether a contact has blocked you or not.

The clues that you need to take into greater consideration to understand if you have been blocked on WhatsApp concern the check marks which, based on their color and number, offer very important indications in this regard.

On WhatsApp the "symbology" of the check marks is as follows.

If the messages you send via WhatsApp to your "suspicious" contact are marked with single gray check marks, wait a few days (or even a few weeks) and, after some time, the gray double check does not appear indicating the successful delivery of the message , the user in question may have actually blocked you.

Please note: sometimes the gray double check may not appear immediately because the user is offline or for the simple fact that his smartphone is turned off or unreachable. This is why you should wait some time before jumping to conclusions!

If, despite repeated attempts, you can't make WhatsApp calls or video calls contact that you think has blocked you, it is very likely that your suspicions are well founded. Just like with text messages, VoIP calls are also not forwarded to the user who blocked you on WhatsApp. 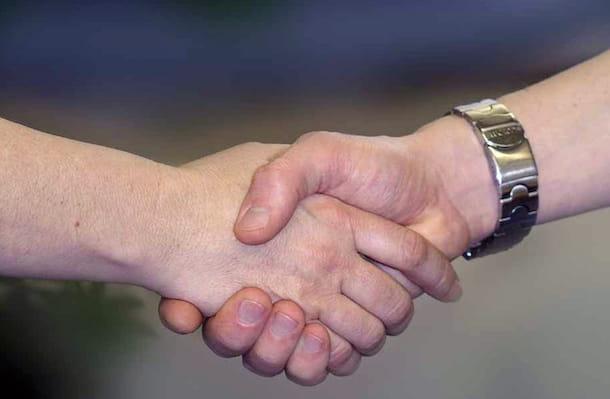 If you have carefully considered the above factors and have come to the conclusion of being blocked on WhatsApp, do not despair! Perhaps the contact in question blocked you absent-mindedly or involuntarily, or it could have done so as a result of your quarrel and, once the situation has calmed down, he might still be willing to lift the block.

You should also know that, despite having been blocked on WhatsApp, you can still contact the user in question using another messaging service (eg. Facebook Messenger, Telegram, WeChat, Skype, etc.), calling him on the phone or, even better, meeting him in person to “talk face to face”, as they say.

Ask the person who blocked you on WhatsApp why he made this decision and, if he did it because you were pestering him with too many messages a day or because you took on any other unwelcome attitude or behavior, promise him that you will pay more attention. and above all, stick to your word!

If the contact who blocked you did so by mistake, they will surely be willing to revoke the block. If, on the other hand, he did it on purpose and has no intention of unblocking you, respect his choice. In the future, he may decide to lift the block of his own free will. 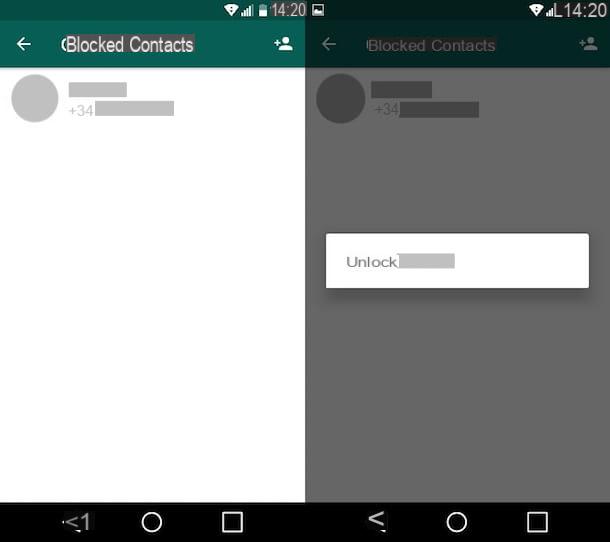 Have you accidentally blocked your contact and now would like to unblock it by removing it from the list of blocked contacts? Did the contact that blocked you did it by mistake and now you don't know how to fix the mistake? If so, the operation that you will have to perform (or that he or she will have to perform) is very simple.

To access the list of contacts you have blocked on WhatsApp, go to Settings instant messaging service, tap on the voice Account in the screen that appears and, in the next screen, first presses on the item Privacy and then Blocked / Blocked contacts.

If you have an Android smartphone, tap on contact name that you have blocked and, in the box that appears, tap on the item Unblock [name of blocked contact]. If, on the other hand, you have an iPhone, make one swipe from right to left on contact name you want to unlock and press the button Unlock which appears laterally.

How to get written on WhatsApp ❯

add a comment from How to get unblocked on WhatsApp

96%
We have been able to provide in 96% of times, the solutions that users were looking for when consulting our page.