How to see TV channels on Chromecast (without antenna) 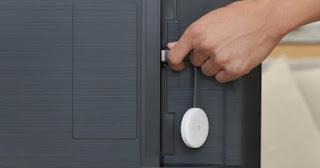 It is not always easy to bring the antenna cable to all the rooms: in most houses we can find a socket in the living room and at most in the kitchen, while it is not certain that they are present in the various bedrooms.
If we have this difficulty and still want to see the digital terrestrial channels on our TV, today we will show you a very special possibility, which does not require masonry or strange tangles of wires: in this guide we will show you how to watch TV channels on Chromecast in a simple and legal way; the only prerequisite is that a good Wi-Fi signal is available in the room without antenna where the TV is present.
In this way we can solve a big problem without having to buy internal antennas (really very mediocre) or break through walls and conduits to get an antenna cable to the bedroom or bedroom.

Before continuing, we premise that not all digital terrestrial channels offer live streaming, so we will not be able to see all the channels transmitted on a normal TV connected via antenna. To this we add that, in order to see streaming channels on Chromecast, an internal connection of at least 5 Megabits per second constant is required: if we have other devices open or other PCs connected to the network, there may not be enough bandwidth to be able to see fluidly. all channels.
To improve the results, we remove all the devices that we do not use from the home wireless network and turn off the Wi-Fi on smartphones, so as to take advantage of only 4G connections.

Connect the Chromecast to the TV

The first operation to do is to connect the Chromecast in our possession to one of the HDMI sockets on the back of our TV, then connect the power cable to one of the USB ports of the same TV or to an external USB charger (to be able to leave it on even when the TV is switched off).
Immediately after connection, turn on the TV and tune in to the source where the Chromecast is present (turning between the various HDMI sources present), then get the Google Home app for Android or iOS. 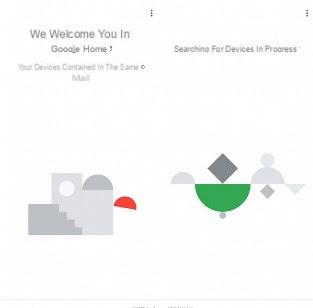 The app is able to view the Chromecasts not yet configured; as soon as the one connected to our television appears, select it and follow all the steps on the screen, including confirming the security code on the Chromecast screen and entering the Wi-Fi password of the network to be used.

NOTE: : If the room is close enough to the router, we recommend using the 5GHz network instead of the 2,4GHz network.

At the end of the configuration, the Chromecast will be connected to the home wireless network, ready to receive multimedia contents and streaming streams from compatible apps.
To learn more about the configuration and features of the Chromecast, we recommend that you read our guide here -> Chromecast guide with 18 tricks and applications to use it at its best.

After configuring the Chromecast, we need another app to be able to view the streaming streams of TV channels.
The best app for Android and iPhone definitely is Web Video Cast, available for free download from here -> Web Video Cast (Android) and Web Video Cast (iOS). 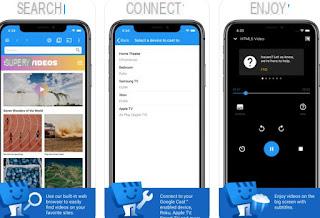 This app behaves like any other mobile browser, but offers a video capture and streaming system that will allow us to send the stream of channels (which we will see later) to the Chromecast, so that we can completely replace the antenna.
To configure it, all we have to do is click on the Cast symbol (present at the top right) wait for the end of the scan and select the Chromecast we have previously configured.
Now we just have to follow the last part of the guide, where we will see the actual steps to see TV channels on Chromecast without antenna.

Besides Web Video Cast, we can use other similar apps to capture streaming channels; we have included the best ones for Android and iOS below.

By manually entering the recommended sites (or by opening the howtoviews page and selecting one of the links in the list) we will start the live broadcast within the app; immediately after starting the live streaming of the channel, a ball in the shape of Play (yellow) will appear at the top, select it and try one by one all the video streams captured by the app.
Once the right stream is found, the live channel will pass from the app to the Chromecast, thus allowing us to see all the main digital terrestrial channels via the Internet and without an antenna!
The only site that could cause us some problems is that of Mediaset, which requires registration in order to continue to see the live broadcast on the channels without limits: let's proceed with the registration before starting the live broadcast from the app and on the Chromecast, using the link present here -> Mediaset Play registration.

If instead of TV channels we want to stream movies and TV series on Chromecast, we refer you to reading the guide available below.

How to see TV channels on Chromecast (without antenna)