One UI 4.0: which Samsung smartphones will receive Android 12? 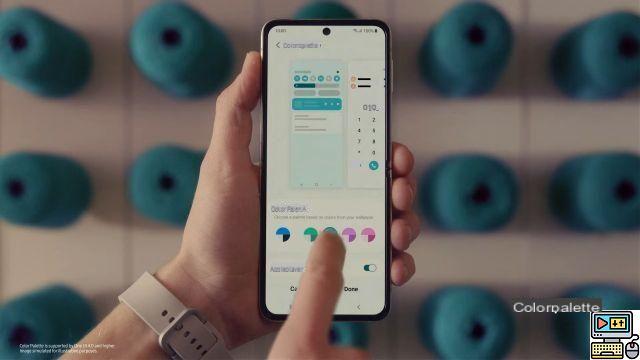 Already relevant on Pixel 6, the final version of Android 12 should appear before the end of the year on other phones. On the Samsung side, the new OS will land at the same time as the One UI 4.0 overlay. Here are the compatible smartphones.

The most recent smartphones from Samsung benefit from the One UI 3.1 interface. And the Seoul firm is preparing to deploy a new iteration of its software overlay. Named One UI 4.0, it will be based on Android 12 and will bring its share of new features. Several beta versions of the OS have already been made available to users. And according to a statement from the manufacturer, the final version of One UI 4 should land at the end of the year In progress. Here are the smartphones that should benefit from it.

Lire aussi >> Android 12: the list of smartphones compatible with the update

Android 12 and One UI 4: which Samsung smartphones are compatible?

The S21 range, which includes the Galaxy S21, S21+ and S21 Ultra, will be the first to benefit from Android 12. But the new OS will also land on a slew of other models. As a reminder, Galaxy phones could previously obtain three different versions of Android (if we include the generation present at the launch of the model). Recently, the manufacturer revealed that three operating system updates will now be offered on its latest flagships. In doing so, here are the smartphones that will be able to ship Android 12.

An interface specific to each user

To find out more about the new features of Google's new OS, do not hesitate to consult our file dedicated to Android 12. On the design side, the interface theme will adapt to the wallpaper for the sake of harmonization. Entitled Monet, this feature will take the name of Color Palette in Samsung's new overlay. It will be possible in particular to bring your personal touch by modifying the home screen, the icons of the applications, the wallpapers or even the notifications, promises the manufacturer on its site.

New rounder widgets will be offered to users who can integrate them into the central interface. According to Samsung, "the redesigned and upgraded widgets will offer extensive customization ". As spotted by XDA-Developers, the organization of widgets on Android 12 will also be optimized to allow them to better occupy space.

New emojis will also appear. It will also be possible to mix emojis to create new expressions.

This feature allows you to significantly reduce the brightness of your phone, by lowering it below the minimum threshold allowed by the smartphone until then. The Extra Dim mode will therefore be ideal for viewing your phone in the dark without dazzling your eyes.

Android 12 and One UI 4.0 will allow users to have a global vision on the use of their data. Via a dashboard, they will be able to follow the history of permissions granted to applications over the last seven days (only 24 hours on Android 12). What's more, this menu will let them know how often apps use their data. Additionally, alerts will pop up in the status bar when an app uses the camera or microphone. Users can then easily disable permissions if they wish.

This feature was already present on Samsung smartphones. As a reminder, it allows reduce the display area for easier access with one hand. On Android 12, the feature will be enabled by default. To take advantage of it, you will have to slide your finger at the bottom of the screen.

Photo editing also featured prominently in this new iteration. In particular, you can deflower your photos very easily thanks to the Photo Remaster function. What's more, it is possible to cut and recover the parts of the snapshot that interest you to be able to reuse it later as you wish.

Here is a summary of features which will be available in One UI 4.0:

The already famous smartphone with a foldable screen, the Galaxy Z Flip3 sports new colors and not just any colors since they are the colors of your choice! Samsung tells you…The new S22 range will soon take over from the Galaxy S21. But what should we expect? Is Samsung planning dantesque features for its future flagships? What are the…Samsung just announced that its digital car key functionality is starting to roll out. Here are the Galaxy models and the first vehicle compatible with this advanced technology. The…Chad Christian was about to wrap up his Galaxy Z Fold 3 to send it to Samsung. But smoke suddenly started coming out of his smartphone. A more than worrying malfunction...
Audio Video One UI 4.0: which Samsung smartphones will receive Android 12?
Orange launches a smartphone repair service in its stores ❯

add a comment of One UI 4.0: which Samsung smartphones will receive Android 12?