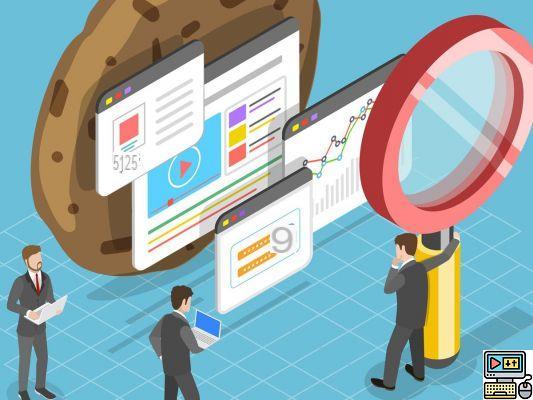 How to target online advertising without using cookies? Google's answer is in four letters, an alternative method called FLoC. In the process of being tested, it is already decried by defenders of respect for privacy.


Puzzle in sight for Google in the online advertising market. Advertising cookies (these files that allow sites to offer targeted ads) are increasingly criticized and will be gradually abandoned. Their use has been limited by Firefox and Safari for several years and their disappearance is scheduled for 2022. Problem, an untargeted advertisement earns on average half as much as a personalized banner. A new solution must therefore be invented, with the heavy task of solving a highly perilous equation: reconciling respect for privacy and targeting. Targeting which, as everyone knows, is largely based on tracking the habits of Internet users and the exploitation of essential private data (gender, place of residence, profession, family situation, etc.).


It is in this context that the Googles Ads teams are working on the "Privacy Sandbox", an alternative to third-party cookies. A project in which the FLoC method – for Federated Learning of Cohorts – acts as a keystone. The idea? Allow advertisers to target audience segments based on their interests using internet browser capabilities, such as Google Chrome. In other words, with FLoC, targeting will no longer be based on each individual, but on the basis of user clusters made up of hundreds or thousands of Internet users sharing common characteristics and interests.

A way of doing things that is more respectful of privacy, assures Google, which swears to advertisers that the relevance of the proposed targeting is preserved in the event that the system is well put together. In fact, it is a balancing act that Google intends to succeed by relying on scholarly algorithms developed to work on clusters of Internet users sufficiently large to prevent the identification of a single individual, but also sufficiently precise. to guarantee a good level of campaign performance for advertisers.

How to achieve it? By attaching new attributes to Internet sites, assigning them various categories (up to five) which will make it possible to draw up the robot portrait of an Internet user according to his visits. Then, this Internet user can be placed in a "cohort" representative of his interests alongside other users with an identical profile. In order to obtain very precise profiles, Google also plans to take into account what it calls the "conversions" made by the Internet user over 7 rolling days, in order to continuously adapt this profiling. In the end, by mixing all of this information and passing it through the probabilistic milling of algorithms, Google estimates that it is able to obtain a campaign targeting accuracy rate of around 70%, with a advertising message whose memory would be more than four times greater than that of a non-targeted ad.

Alas, Google has so far only leaked a few comparisons with the figures obtained by the current system based on cookies. In the dark, advertisers will therefore have to wait to see the effectiveness of this principle, even if it already seems more complicated to target with this method Internet users with niche interests or those with the most heterogeneous tastes. Indeed, each user can only be placed in one and only one cohort at a time T. Nevertheless, Google estimates — according to its first tests — that this method makes it possible to achieve 95% of the performance of targeting by cookies.

If Google is one of the most prominent players in the Privacy Sandbox, which is an open and collaborative initiative supervised by the World Wide Web Consortium (W3C), it is obviously because the company is - with Facebook - the one of the two global giants in the online advertising market. However, Google notes that requests concerning online privacy are constantly growing (+50% last year) and that the loss of confidence in the current model is jeopardizing the online advertising market such as it exists today. It is therefore urgent for Google to find alternatives more in line with the concerns of Internet users to "guarantee the survival of the open Web" and prevent "fraud and 'fingerprinting' from becoming the rule".

Brave and Vivaldi want to disable FLoC in Chromium

A discourse with which some Internet browsers disagree. This is the case with Brave and Vivaldi, whose leaders have come out in quick succession against the FLoC method. Jon von Tetzchner (Vivaldi) declares that his company does not approve "neither tracking nor profiling, even disguised" and adds to defend "the right to confidentiality" for its users. For him, there is no doubt, "FLoC is too intrusive a tracking technology", and he swears, his users will not be "FLoCed".


Brendan Eich (Brave), for his part, simply affirms "to oppose FLoC and any other function designed to exploit and share personal information and centers of interest without the fully informed consent of Internet users", recalling that "the system allows advertisers to know the habits and interests of Internet users via information that they could not exploit otherwise".

Reasons why the technical teams of these two browsers are working on the Chromium rendering engine they use to disable the operation of FLoC there, while the tests of this method are intensifying in ten countries.

EFF calls on Google to learn from the age of tracking

These two Internet browsers, which have made the protection of privacy their priority, are not the only ones to denounce the future generalization of FLoC. The Electronic Frontier Foundation (EFF), an association that protects freedoms on the Internet, sees this method as a "terrible idea" as it explains in a post published at the beginning of March. She talks about a technology that is the opposite of a system that preserves privacy and indicates that while Google will undoubtedly know how to bring its alternative to cookies perfectly to reassure Internet users and advertisers, other more virtuous possibilities exist.

“The system will likely be opt-in for advertisers who will benefit, and opt-out for users who stand to lose. user, knowing full well that the vast majority of its users will not understand how the FLoC works and that very few of them will do everything possible to disable it (…) It does not have to be so. the most important elements of the Privacy Sandbox, such as ditching third-party identifiers and combating fingerprinting, will truly improve the web. Google may choose to dismantle the old surveillance scaffolding without replacing it with something harmful", explains the EFF before concluding: "That is why we categorically reject FLoC. This is not the world we want, nor the one that users deserve. Google must learn the real lessons from the era of p istage by third parties and revamp its browser to make it work for users, not advertisers."